We recently had the pleasure to be invited and hosted by the good people of Big Bear to show us the upcoming time trial course which will be held on May 19th for the sixth stage of the Amgen Tour of California. Our ride started at Phil Gaimon’s cabin which is known as the “wattage cottage” which was close to the start of the course. A police escort allowed us to traverse the course with no interruptions to get a real first hand look at what the pro’s will be tackling for this year. Mavic was on hand as well to make sure we had that “pro” feeling. The course profile and map can be found here. 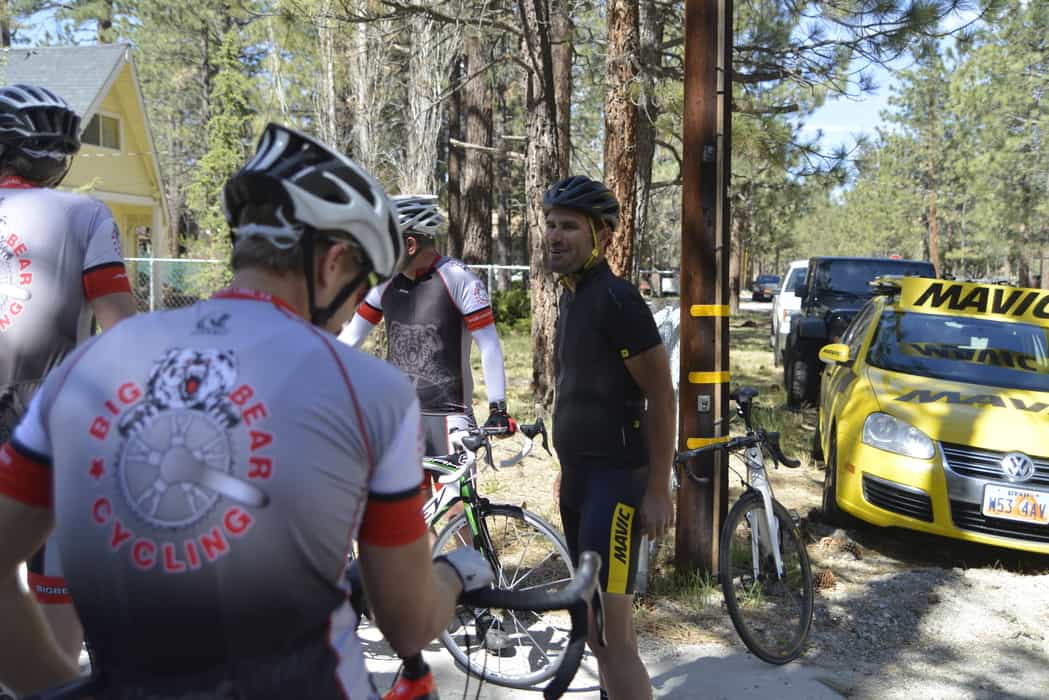 One of the pro’s on hand was Jelly Belly p/b Maxxis Ben Wolfe who had his tt bike with him to get a good feel of the course in his aero position. Ben seemed to like the course as he said; “We just rode the TT course for the upcoming Amgen Tour of California here in Big Bear. It’s going to be ripping fast, it’s pretty flat with some nice F1 like type corners near the turn around. It’s going to be pretty awesome but it’s up at altitude so it will be a bit different from last year’s TOC time trial. It will be a big deciding day for a lot of the favorites. ” 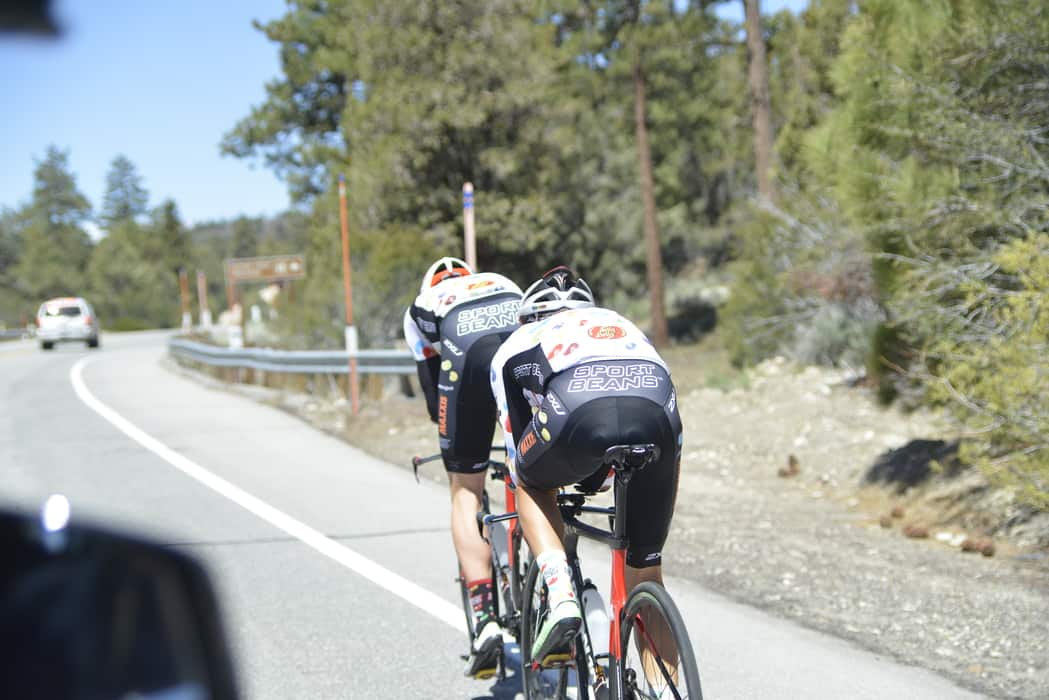 Big Bear is doing a great job to make sure the course is in tip top shape as they are re-paving the majority of it to make sure it offers a very smooth and fast surface. Craig Smith; the President of Big Bear Cycling, was on hand as well to escort us around town and fill us in on how excited Big Bear is to have the Amgen Tour of California return again this year; “Big Bear is super excited to be a host city of the Amgen Tour of California for the fourth time. We’ve had two finish stages and now we are super excited to have the individual time trial on May 19th where we will be inviting the world to Big Bear. I think it will be an exciting and super fast stage. It will definitely put Big Bear on the international map for great cycling. We are really excited to show off why we are the cycling capital of Southern California to the rest of the world.” 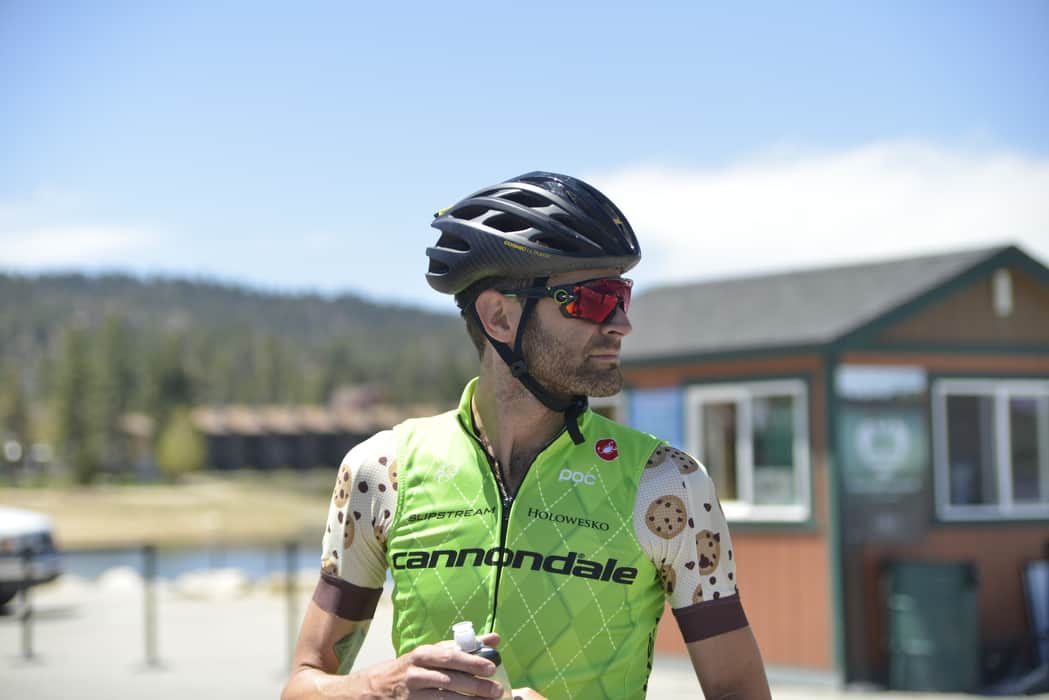 Recently retired Phil Gaimon gave us some inside knowledge as he’s raced the Tour of California and would often use the area for his altitude training camps; “In endurance sports the goal is to live high and train low and Big Bear is the best place in North America to do that.” 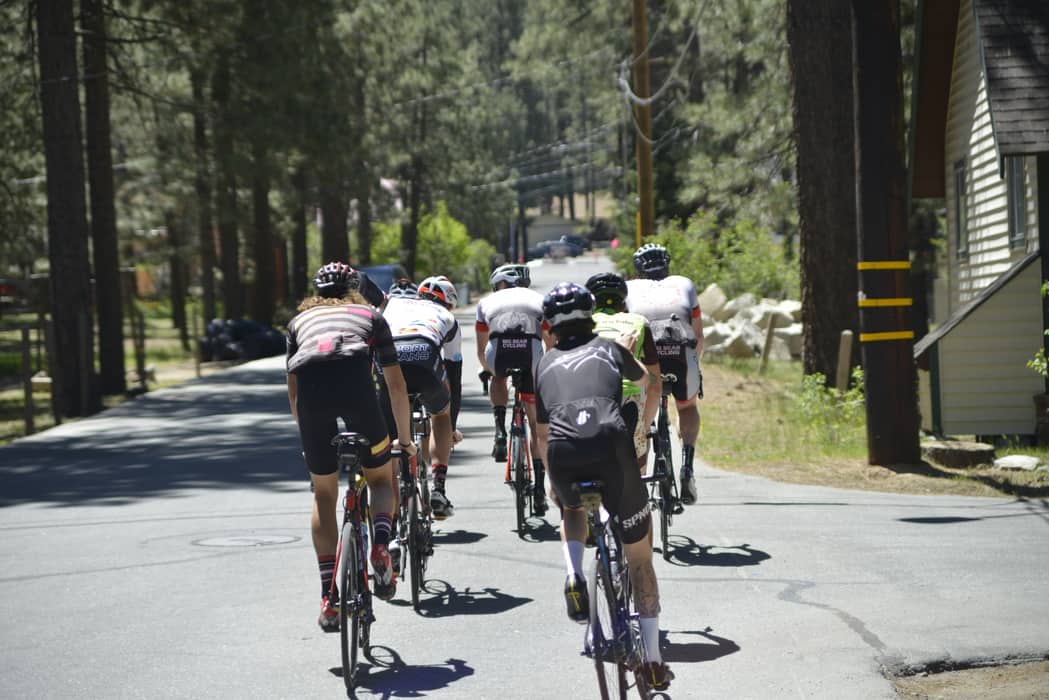 The Amgen Tour of California will be visiting Big Bear on May 19th for the sixth stage. If your in the area I suggest you get up there to watch the action in person as the time trial is one of the best ways to view all of the racers up close and in person. If you can’t make it you can watch the time trial on NBCSN from 2-4 PM PST. 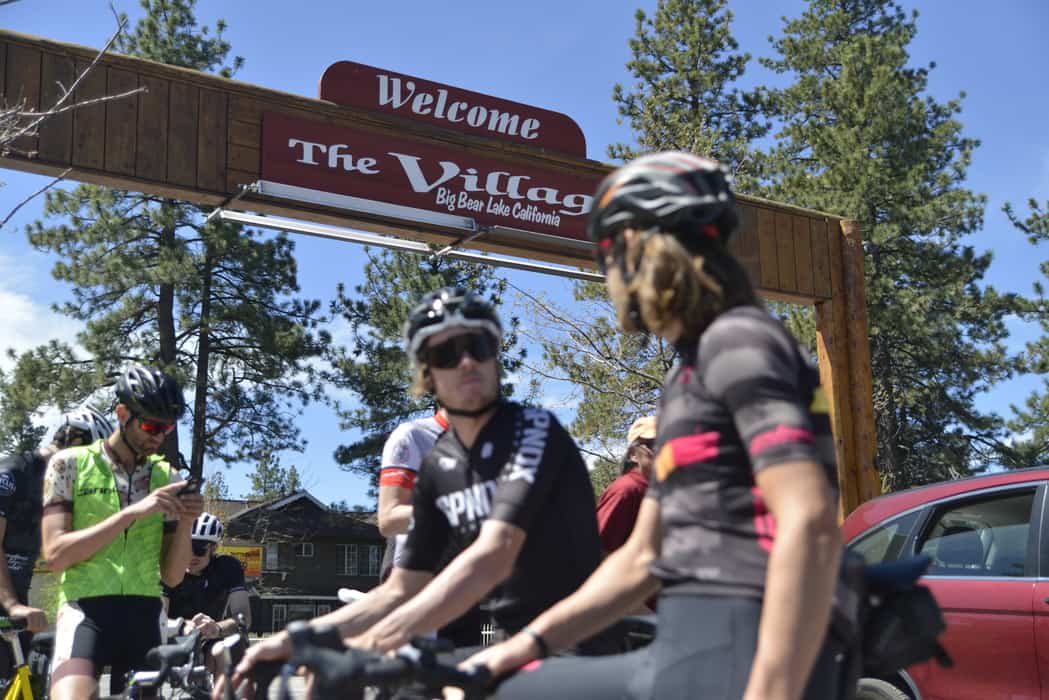