The hitch rack that adjusts to your needs 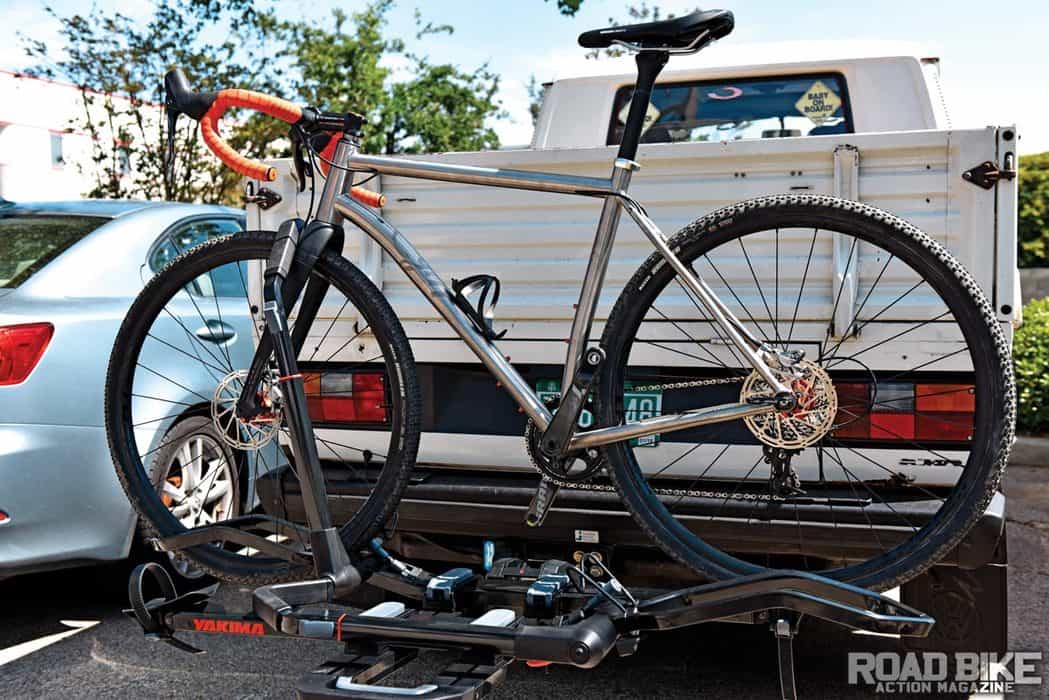 The hitch rack that adjusts to your needs

We first spotted the new pinnacle of Yakima hitch racks at the Interbike Show last year. It caught our eye because it seemed to solve many of the troubles that one often encounters when using a hitch rack. Yes, there are lots of options out there, but the Dr.Tray seems to have simplified it best.

Perhaps the best thing about the rack is that it can be assembled in less than 15 minutes with absolutely no tools. We were a bit leery of this, but the way Yakima has aligned the entire system, it’s also very secure. There is a cable lock that uses a Same Key System and is tucked into each of the two bike trays that secure onto the only bolt that keeps the tray from being removed. This not only acts as security for the bike, but also from disassembly of the rack.

The best and most impressive part of the whole rack is that both trays can quickly and easily be adjusted, even with the bikes secured on the rack. Just lift the two large silver handles that are located on each tray near the center, and it is able to move closer or further away from the vehicle or left and right—no more bars rubbing saddles or contact with the rear hatch when getting into the back of the car. The trays are meant for 26–29-inch wheels and up to a 5-inch tire. The rear tire tray is stationary but tilts to accommodate different-length bikes, and the ratcheting strap is extremely long.

The entire rack only weighs 34 pounds, but it still has a very secure feel. One odd thing we noticed was when it’s in the vertical position (folded up, no bikes), the rack doesn’t sit straight up and down. This doesn’t affect the way we use it, but it’s atypical. Also, for those who remove their rack and store it in the garage when not in use, the portion that inserts into the hitch receiver folds up 180 degrees, leaving less chance of someone tripping if it’s leaned against a wall.

At $579, the Yakima is in line with most of its competitors but offers conveniences that most cannot. There is a one-bike add-on (EZ+1) for $229 that will limit the overall adjustment of the original two, but not by much. The downside is that it’s limited to three bikes total (with the EZ+1 installed) and the third has minimal adjustment.