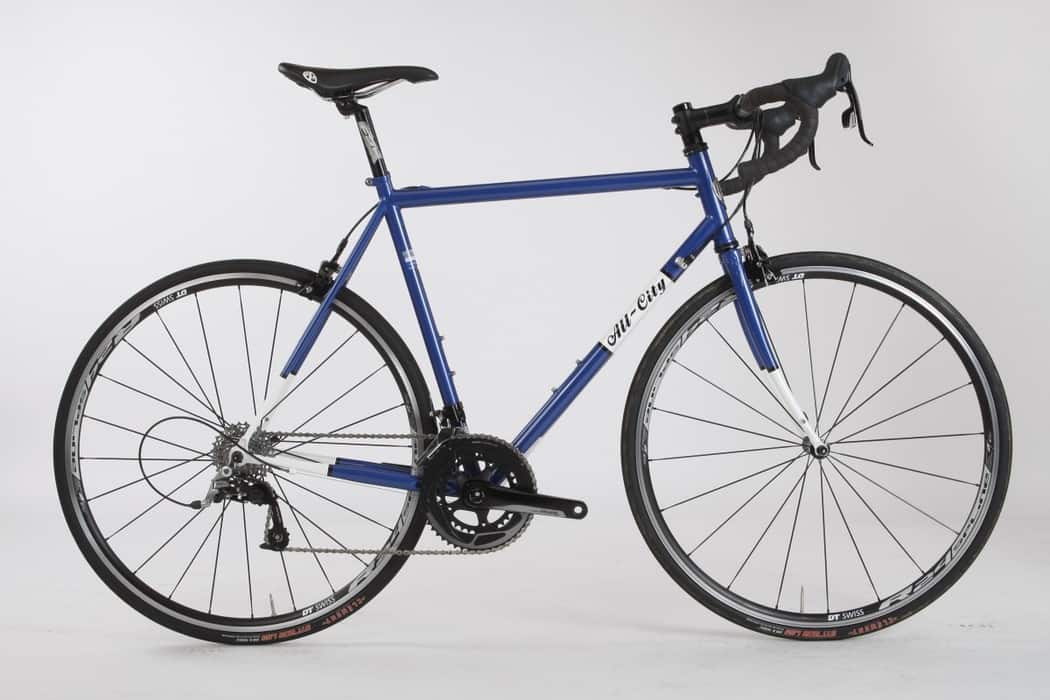 Let’s just come out and admit it: steel will never again be the industry-wide frame material of choice. Fortunately, that cold reality hasn’t dissuaded hundreds of bike builders from carrying on with this ancient frame material. And it’s not just the artisan builders. There are still many major manufacturers who make steel bikes to attain either certain price points or ride characteristics that you simply can’t ﬁnd with any other tubing. In the case of All-City Cycles (one of the “house brands” coming out from mega distributor Quality Bicycle Products), steel bikes don’t just make up the bread and butter of their bike line; they are the bike line.

FRAME
Given the type of weather and road conditions found throughout All-City’s hometown of Bloomington, Minnesota, the Mr. Pink could best be described as an “all-road” bike. Not a cyclocross bike (All-City has a ’cross-speciﬁc bike in the Macho Man), a bit of a gravel bike, but deﬁnitely not a fragile, lightweight race bike, either. History buffs will, of course, recognize the Columbus name as the producer of some of the most signiﬁcant steel tubing developed over the last few decades.

As historic of a shadow that the All-City might cast, it still boasts such modern niceties as internal rear brake cable routing, a PressFit 30 bottom bracket that increases the stiffness and efﬁciency of the frame, frame and fork clearance to accommodate up to a 32mm-wide tire (28mm if using fenders), and the frame is coated with an electrophoretic deposition (EPD) barrier to help prime the frame for painting and resist rust from the inside out. 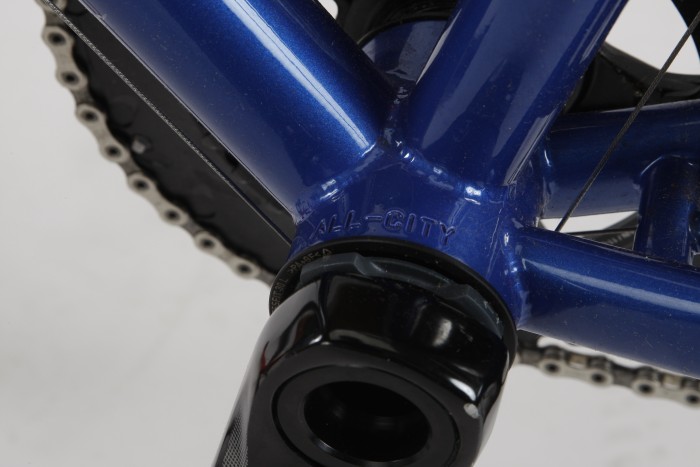 THE PARTS
Equipped with a SRAM Rival drivetrain, the Mr. Pink is a steal of a steel bike at $2000. To assist with the all-road aspects, the Mr. Pink rolls on some wide-proﬁle DT Swiss R24 wheels (18mm internal rim width) and 28mm Clement Strada LLG tires. Mid-reach Tektro R539 calipers allow for the wider tire and rim without worrying about clearance. A Salsa Guide stem and Pro Road 3 handlebar make for a durable and a surprisingly comfortable aluminum cockpit. Where spec’ing the 4130 chromoly fork might save some money, it deﬁnitely doesn’t help save weight. Regardless, the lugged crowned fork has a cool old-school look to it. 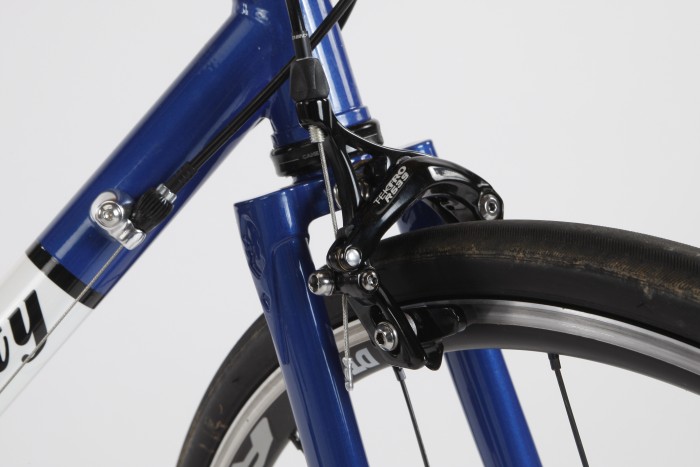 THE RIDE
With the plethora of carbon bikes we ride day in and day out, we have to admit that there is a certain novelty when hopping on a steel bike. Although not as light as some similarly priced carbon bikes, the Mr. Pink was not overly cumbersome to pedal. Just don’t expect to be the ﬁrst up the hill on your next hammer fest group ride. When we ﬁrst took the Mr. Pink to the dirt, it felt at home. The sturdy steel frame gives a certain conﬁdence off-road that some carbon frames just lack. Whether it was the longer endurance geometry (wheelbase of 100cm) or the weight, we found that the bike’s ability to get back under a rider after a hard turn to be a bit of a chore. 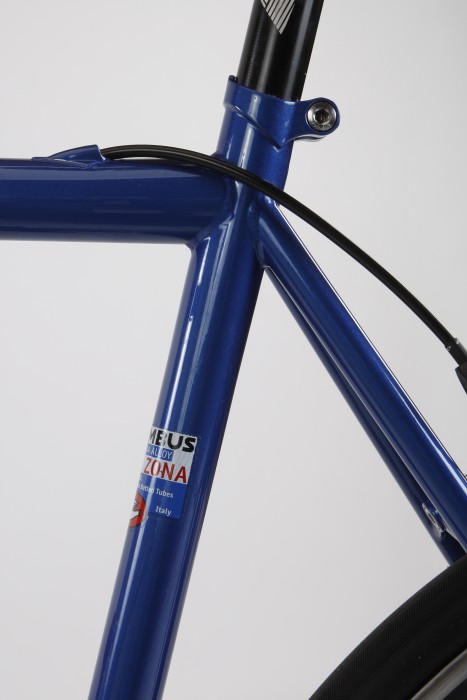 VERDICT
If you were looking for something with more gravel orientation, that’s where All-City’s two-strong line of cyclocross bikes would be found with their bigger wheel clearance and disc brakes. But, if looking for a low-budget road bike that you’d want to have around for years to come, stop here. All-City’s Mr. Pink is about as durable as they come and as versatile as an all-road bike can be. Mechanical issues should be minimal, with a lack of substandard components throughout. It may not be lightweight, but if you are craving the feel of steel, the Mr. Pink will satisfy.