A carbon fiber/titanium wonder from Down Under 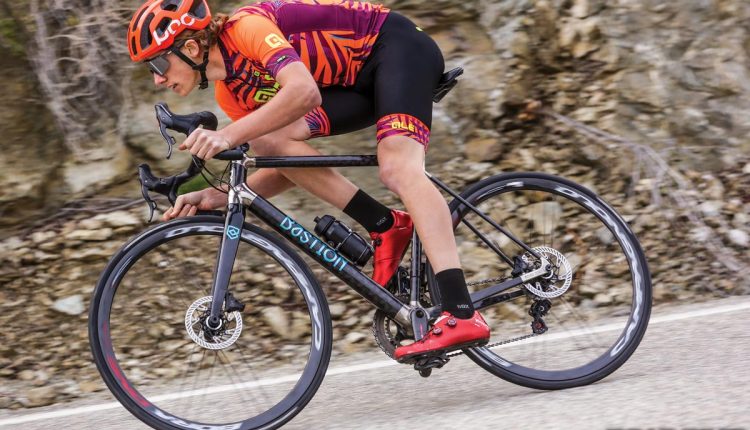 For most of us, designing and building a bicycle frame and starting a new bike brand is not the sort of occupation we fall back on later in life. However, when Ben Schultz, James Woolcock and Dean McGeary found themselves on the dole after Toyota closed the Melbourne, Australia, office they worked at in 2014, the three engineers banded together to make their shared passion for cycling work for them, thus the Bastion frame was born.

With a market already deluged with carbon frames, the trio were determined to do something different. By combining the first 3D-printed titanium lugs to meet the ISO standard for a frame, with carbon from a local Australian distributor and rear stays that they manufactured themselves, the resulting frame was an eye-catching carbon bike of breathtaking beauty and design. 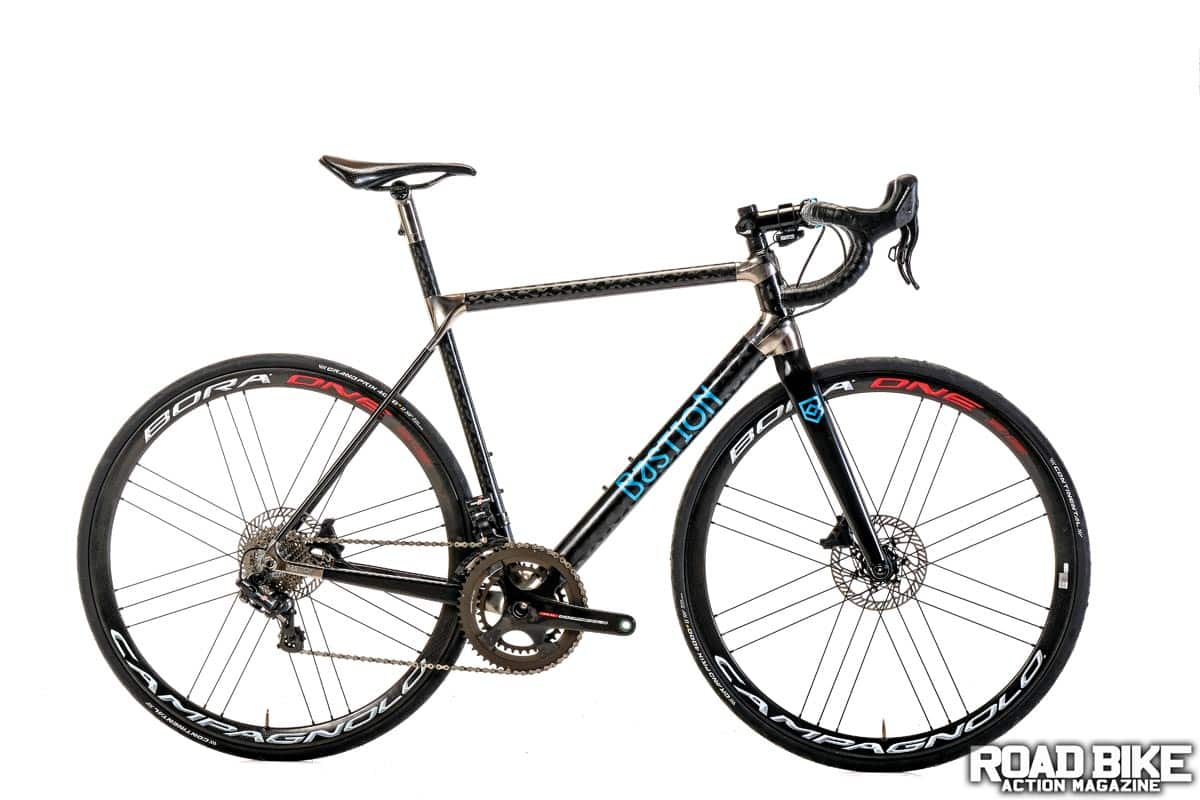 Bastion makes a vast array of customization available with their frames. Each can be built to one of three specified performance characteristics: Regular, Stiff and Extra Stiff. Our test bike was a Regular frame, and with a claimed weight of 1074 grams, it qualifies as the lightest of the trio. Owing to its use of standard modulus carbon tubing, it’s also intended to be the most compliant as well. A Stiff frame uses an intermediate modulus carbon with thicker walls in the downtube and seat tube, while the Extra Stiff uses it on the top tube as well.

When we first laid eyes on the lugged frame, we assumed the combination of titanium and carbon had the makings of a compliant ride. Bastion’s 3D print technology cancels out the need for welds, as the lugs are printed to secure the carbon tubing once bonded. Of note is the seat tube that pierces the seat lug and doubles as the seat mast with a titanium topper. Classy. Bastion also makes available seat toppers in different lengths to accommodate different
rider heights.

Although a range of forks are available, our test bike was complemented by a Bastion-made fork that duplicated the frame’s carbon/titanium construction.

A derailleur hanger integrated into the rear drive-side lug not only acts as a stylish accent, but the techs at Bastion claim it improves shifting performance. The lug can be replaced if damaged or swapped out for a two-piece derailleur hanger.

The clean, glossy tubes are complemented by the internal cabling and flat-mount disc brakes, plus a custom inscription can be added to the rear-stay lugs to bring added personalization.

An 11-speed Campagnolo Super Record EPS drivetrain took us through the gears. Although released eight years ago, the EPS system grabs the gears slower than the competition but still maintains Campy’s popular ergonomic characteristics in the hoods and levers. The 52×36 chainrings coupled with the 11-29 rear cluster kept the gear jumps tight until the very top of the cassette. In this age of internal batteries, the external junction box and shift motor are a bit outdated and slower than the latest SRAM AXS eTap and Shimano Di2 offerings, but the emergence of 12-speed EPS should keep the brand in contention.

A pair of 35mm-deep Campagnolo Bora One carbon clinchers with 18 front and 21 rear stainless steel spokes kept us rolling. Campy’s hydraulic disc brakes maintain the stopping power and modulation that continue to make them our favorite. 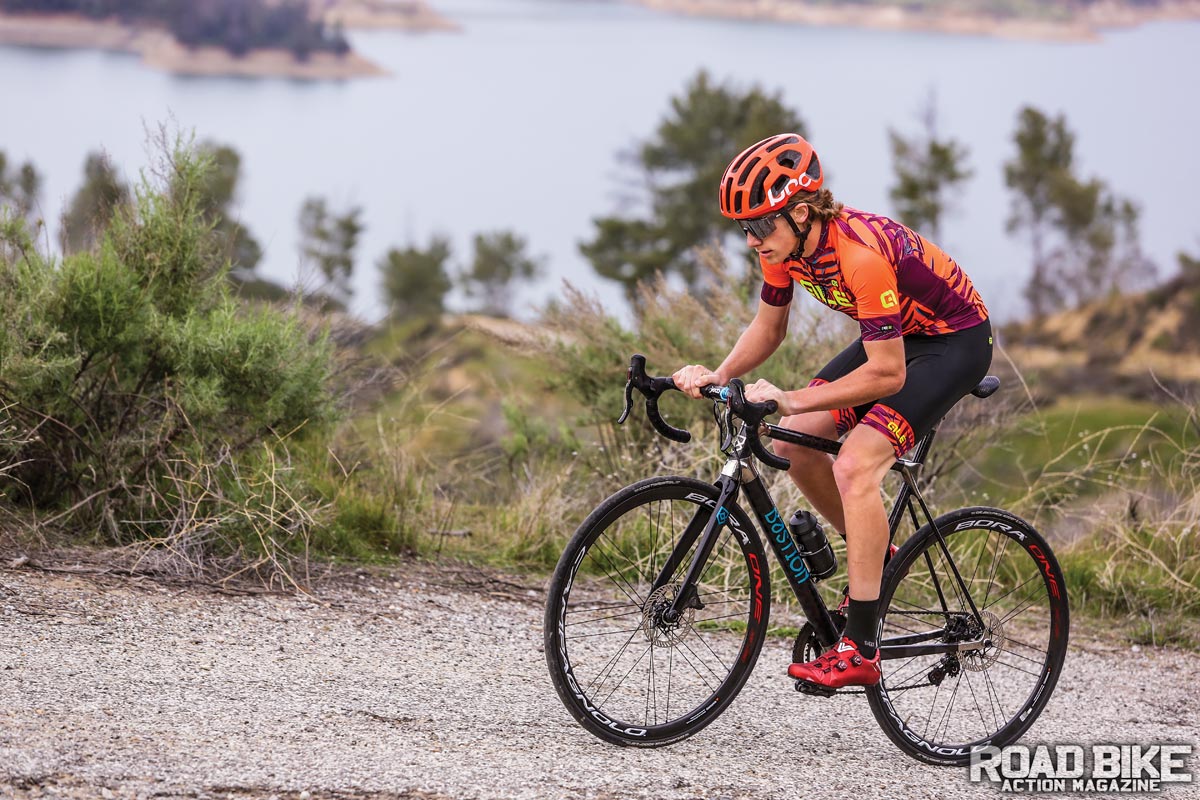 We spent well over a thousand miles on the Road Disc. Long all-day road rides are where the compliance of the Bastion performs the best. Even though we were using inner tubes and 25mm Continental Grand Prix 4000 tires, the Bastion had a ride quality that was more reminiscent of the compliance often associated with tubeless. The titanium lugs and carbon tube combo effectively damps road chatter and creates a stable ride that a complete carbon frame would miss or a titanium frame would feel flat.

The reduced vibrations had us feeling fresher longer without the aches we experienced from the last lugged bike we tested, the Colnago C64 (RBA, May 2019). Bastion’s choice of using titanium lugs instead of carbon is key to improved compliance rather than maximized stiffness.

With Campagnolo’s 12-speed Super Record EPS drivetrain already having been spotted on WorldTour bikes this year, we have high hopes that the shifting speed will be increased for future builds. While we are spoiled with the latest tech, we do still enjoy riding a Campy-equipped bike. The thumb shifter is easily accessible, and the shift lever is sensitive enough to react to the slightest touch. Thanks to the Double Curve and strong modulation of the brake lever, one-finger braking while in the drops is enough to slow the bike quickly and predictably.

As part of the build process, Bastion works with local bike fitters to identify the distance from the bottom bracket to the saddle and handlebar touch points. Bastion has partner bike shops around the globe, including three in North America. Through these shops, there is a nearly unlimited amount of component customization. The total customization and build process takes about four to five weeks, including about 70 man-hours and 130 machine hours to complete the frame. There is currently a six-month wait list for a custom frame.

Although from a distance some people thought the Bastion had an old-world look to it, upon closer inspection it was hard to deny the level of detailed artistry of the frame’s construction that exemplifies a modern road bike. The Bastion is a frame that easily reminds us about what the combination of creative minds and hand craftsmanship can bring. Toyota’s loss is the bike world’s gain.

• The price of being unique

Older Athletes Suffer More From Heat Stress, Here’s What to do About it