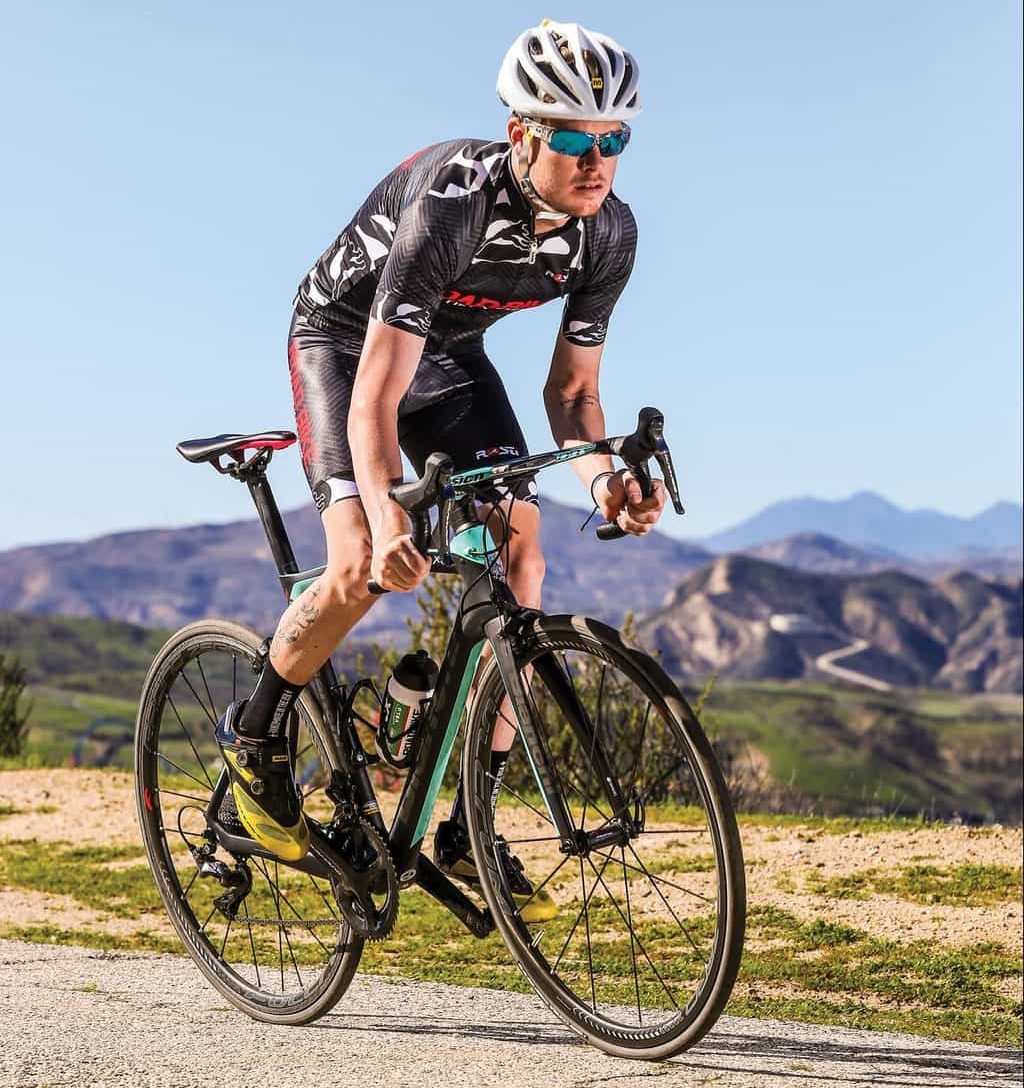 A little bit of aero with a road purpose

We hate to come off sounding like a bunch of puffy-chested know-it-alls, but here we go anyways—if you don’t know about Bianchi’s historical legacy in the sport, you should. And since you should already know, we’re not going to bother getting into it now. Well, okay, here are the crib notes: Bianchi’s the world’s oldest bike brand; their factory is located just outside of Milan, Italy; they have a celebrated race history; and the light-colored blue you see throughout their line (aka Celeste) is as significant to the brand as the tricolored flag is to Italy.

The Oltre XR.4 is made in Asia and assembled at Bianchi’s home base in Treviglio, Italy. Unlike the svelte and nimble 14-pound Specialissima road bike (RBA, March 2016), the Oltre has a burlier profile with tube shapes designed specifically to fight the wind. In addition to the tube shapes, the frame is also enhanced with Bianchi’s proprietary Countervail technology, which is a viscoelastic carbon material that is applied on (undisclosed) sections of the frame to help damp road vibrations. 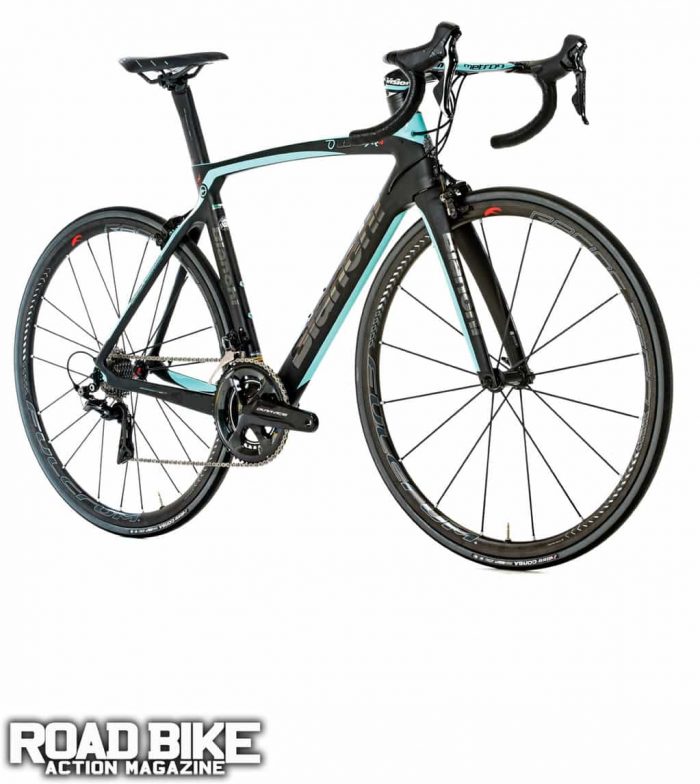 As you’d expect to see in any high-end frame these days, all the cables are run internally. Given the tight confines of the rear triangle, using anything bigger than the stock 25mm tire is doubtful. And yes, the bike has a tapered head tube with the increasingly ubiquitous aero-shaped spacers and a hidden seat binder.

Beyond the shapely frame tubes, if there was a component of the bike that screamed “aero,” it would be the one-piece Vision Metron stem/handlebar. Given the Metron’s $600 retail price, the handlebar is easily an understandable contribution to the bike’s nearly $10k asking price. Despite lacking any adjustability, the shallow drop and soft curve of the flat section proved friendly to all. Like most aero bikes these days, the seatpost is a dedicated part, with the Oltre topped off with a Fizik Arione saddle. 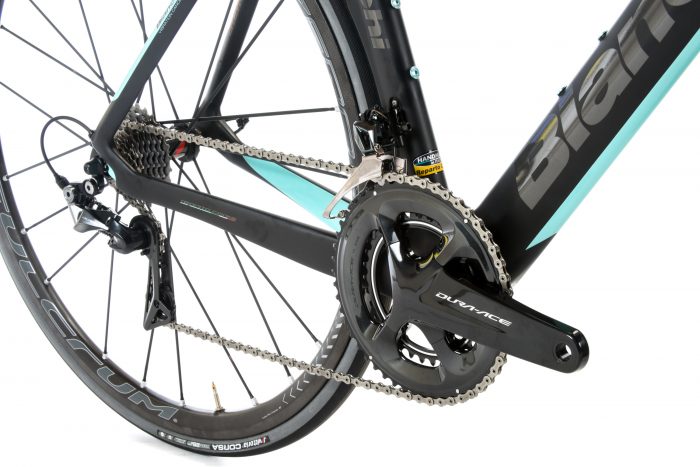 As evidence of where Bianchi sees the bike landing in the marketplace of pro-level race bikes, our test bike was spec’d with a mechanical Shimano Dura-Ace drivetrain, and it’s the entry-level model. From here you can choose between the digital drivetrains from Campy, Shimano or SRAM. Curiously, the Oltre was spec’d with a compact drivetrain, which befuddled the speed demons who sought to put the Bianchi to the Strava test. Probably the most impressive of all the parts are the Fulcrum Racing Zero carbon clincher wheels. We’ve only had good success with the build quality of the Italian hoops, and this new wheelset was no exception. Mounted with Vittoria Corsa tires, the wheel combination definitely contributed to the bike’s ride quality.

As tantalizing as the Oltre XR.4 is to look at and ride, we were further impressed when the bike hit the scale at under 15 pounds. Given that aero road bikes don’t tend to be on the lighter side, this was an impressive figure.

Another example of the Oltre breaking tradition with many aero bikes was the ride quality. While less a vibration “canceling” effect (as Bianchi calls it) than a damping effect, this is not an active system like Calfee’s Manta Pro or Trek’s Domane, but that does not mean it’s not effective. Over broken pavement sections and ripple bumps, the Oltre’s ride could definitely be described as both efficient and comfortable. Owing to the ample-sized frame sections throughout, the Bianchi exhibited a stiff, purposeful ride to match its sharp cornering prowess.

Yes, the Oltre XR.4 is another $10,000 bike, but what helps diminish the sting (besides its performance) is the parts list that Bianchi threw at it. While we’ve seen bikes at this price range that still rely on house-brand components, the Bianchi is flush with first-rate name-brand parts that will not only impress your friends but also give you the feeling that you’re getting your money’s worth.

Bakelants Out of Intensive Care