Frequent readers of RBA should know well the Calfee story by now. The short version is that following a few years of making carbon frames badged appropriately enough as Carbonframes in Reno, Nevada, Craig Calfee welcomed Bob LeMond into his frame factory in 1990. Bob was in search of some frames for his son’s bike team. Of course, Bob’s son wasn’t just any kid. It was Greg LeMond, and the three-time Tour de France winner was looking for a new frame for his team and him to use for the 1991 season.

And with that, Calfee’s carbon frame (branded as a LeMond) would not only become the first full-carbon frame to compete in the Tour de France, but also the first to “wear” the yellow leader’s jersey. 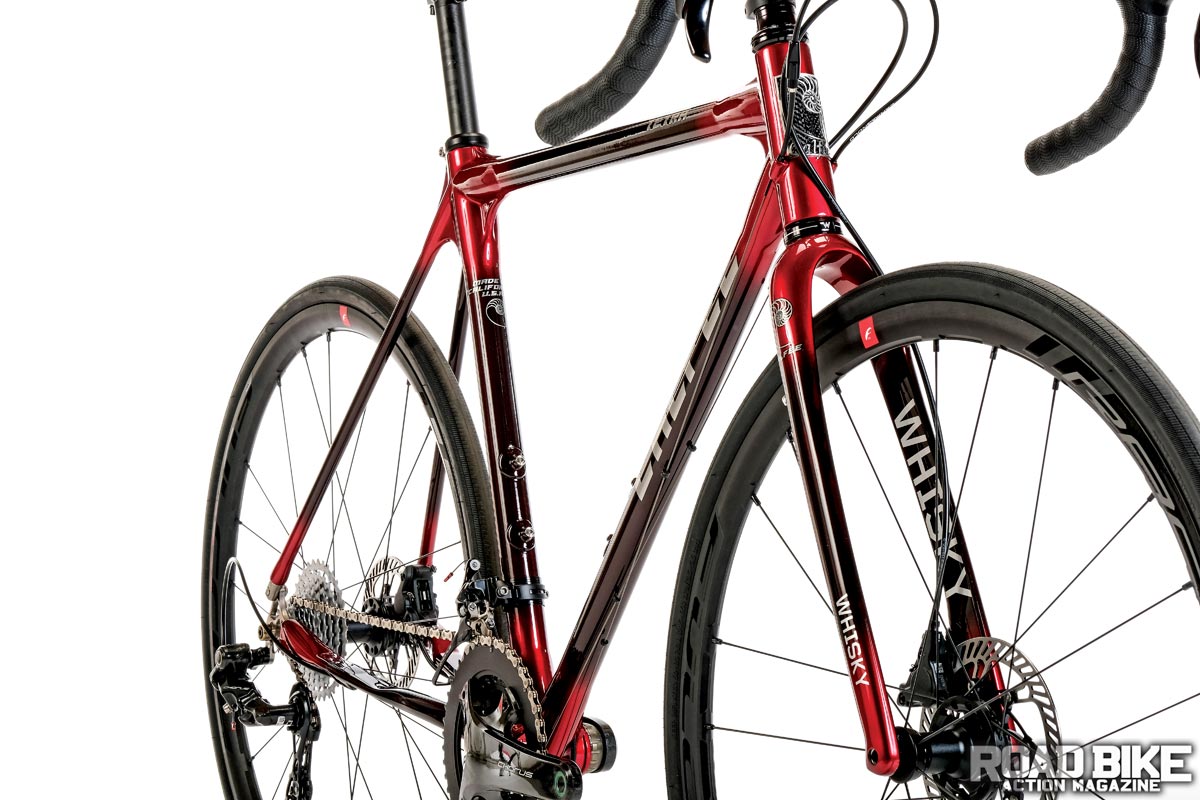 Within a few years, LeMond and Calfee would go their separate ways, and Craig would relocate his factory to the NorCal coastal town of La Selva Beach, where he continues to produce a variety of carbon and bamboo
bicycle frames.

With its small-diameter tubes and signature webbed construction, of all the bikes found in the Calfee catalog, the Tetra Classic shares the strongest DNA link to the bike LeMond rode back in 1991.

From the first day that Craig opened his frame shop over 30 years ago, custom-made carbon frames remains the name of the game. Virtually any feature a customer can think of can be done. Each Tetra frame starts with an array of Enve carbon tubes that are specifically chosen for the size of frame ordered and with different fiber orientations depending on use.

As Craig explained why the Tetra uses smaller but thicker tubes, he is quick to recount those early design days with the defending Tour de France champion: “Greg always wanted it to be lighter, but just as important, he stressed that the frame had to be durable so that if he crashed, he could still get up and rejoin the race.”

Unlike his other bikes that use pre-molded lugs, the Tetra tubes are joined via a compression process with a 3k weave overlay that creates the webbed gussets, which is eventually hand-sanded into shape. Given the level of hand-finishing that goes into each frame, no two frames are exactly alike. Calfee says each frame takes upwards of 35 hours to produce.

While other Calfee offerings represent the modern, big-tube aesthetic, owing to its small-diameter tubes, the Tetra lacks the internal cable routing that’s become a mainstay of contemporary bike design. The one nod to modernity that the Tetra features are the hand-molded, “flattened” chainstays to bring added compliance.

Since each Calfee frame is made one at a time, in addition to sizing, the customer can choose between 700c or 650b wheels, add S&S couplers, bottle mounts, added stiffness and, best of all, an array of beautiful paint options.

Back in 1991 LeMond used a mix of Campagnolo and Mavic parts to build his race bike. With Mavic currently on the skids, it was left to the Italian component and wheel maker to provide a Chorus drivetrain with their hydraulic brakes, along with the Fulcrum Race 3 DB wheels.

The Chorus group is Campy’s mid-tier 12-speed offering highlighted by the sultry, double-curve, carbon-wrapped brake levers, and the best-available hydraulic disc brakes with 160mm (front) and 140mm (rear) rotors. Interestingly, Fulcrum’s 28mm-deep, 21-spoke aluminum Racing 3 DB wheels use a 14-two-cross/7-radial pattern that swaps sides from front to back. Typical of Campy’s obsessive pursuit of performance, the wheels feature an array of their signature design features, including two-way fit for tubeless and clincher tire use and beautifully machined 2:1-ratio hub flanges. Despite the narrow 19mm internal width, Fulcrum says the rims can be mounted with up to 42mm tires.

One of the first things that everyone who eyed the Tetra noticed was the massive gap between the 32mm Terravail front tire and the fork crown. This was due to our test bike being an all-road/gravel-oriented Adventure model that uses a tall (397mm axle-to-crown distance) Whiskey gravel fork. The Tetra is also available in a road-specific Pro model that, in addition to different geometry, runs a shorter (367mm axle-to crown-distance), road-specific Enve fork.

As the title of this test infers, don’t presume that owing to the small-diameter tubes that the bike is whippy. It’s not. In fact, it’s just the opposite. This bike proved just as stiff as any modern, molded race bike we’ve ridden.

Unlike the shorter-wheelbase Pro Tetra (99.3cm), our Adventure-spec version has an elongated wheelbase (103cm), which brought some good stability on dirt roads, but made fast dives into tight corners a tad less than race-bike-quick. One rider (with size-44 shoes) did complain of heel-clearance issues with the flattened section on the chainstays.

“The handmade Tetra Classic can be built out on par with the price of any run-of-the-mill production bike getting popped out of an assembly-line mold. That’s just part of what makes it so special.”

Where Dustin Hoffman was only advised around a single word in The Graduate (“plastics”), to get the most out of the Tetra, we have two words—“air pressure.” We started out with 60 psi in the tires and found the ride on the rough side. By dropping the front and rear tire to 50 psi, both the ride quality and handling changed dramatically for the better. While the bending of the flattened chainstays are intended to provide some vibration damping, it was in combination with the decreased tire pressure that the Tetra’s comfort quotient became most apparent.

The Campy Ergopower shifters stand far apart from the S-brands in both design and performance. The inboard thumb shifters have solid detents that provide quick and precise single shifts and up to five gears in a single downward push. The separate lever that controls upshifts is cradled inside the brake lever and requires some added throw to get three shifts in one push.

Although a standard Tetra frame sells for $4000, our test bike priced out much more, thanks to all extra menu items that were thrown at it. From the $110 titanium head badge to the $100 extended head tube, and including the $1500 custom Cabernet Red paint, the handmade Tetra Classic can be built out on par with the price of many run-of-the-mill production bike getting popped out of an assembly-line mold. That’s just part of what makes it so special.

As custom as you want