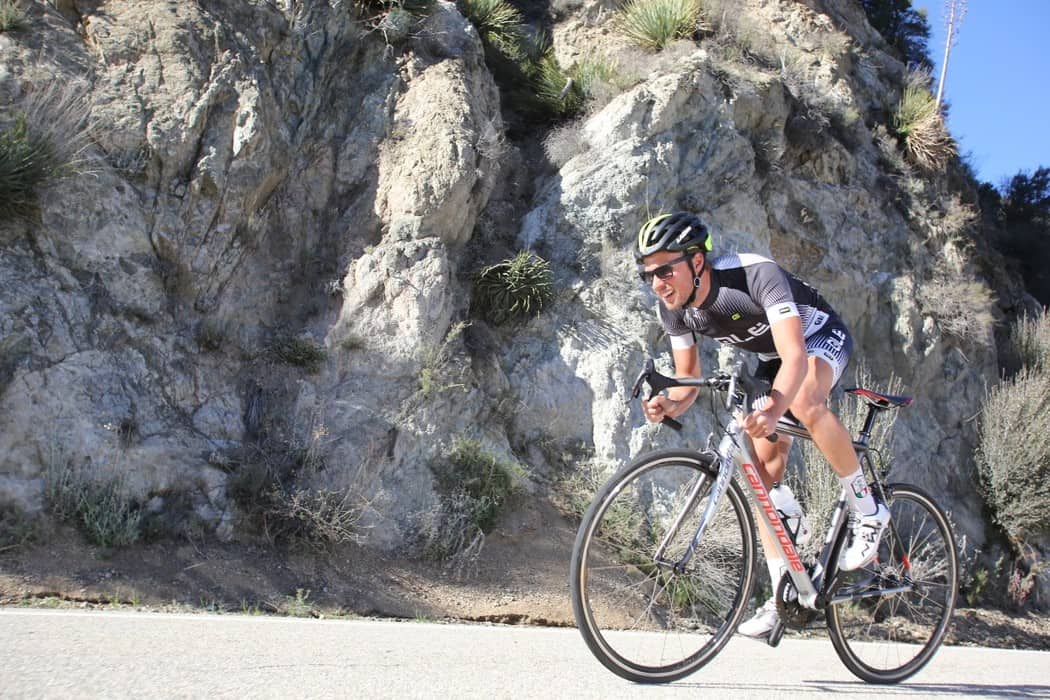 Back in 2011 when the SuperSix Evo was launched, it came at a time when everyone else was adding aero road bikes to their line. Going against the flow, Cannondale opted for traditional tube shapes and made the Evo the best dollar-to-gram deal going. Also, at the same time, the basic shaping gave it a level of compliance that few other race bikes possessed. With the Evo frame now coming in three different carbon-grade options—Nano, Hi-Mod and Carbon—Cannondale has opened the door to a wide variety of different price ranges.

THE FRAME
For Cannondale, the SuperSix Evo is their do-it-all carbon race bike, and it has one of the more traditional-looking designs on the market, with a slightly ovalized top tube and a round downtube and seat tube. Tube diameters are not radically large, nor are there any hexagonal- or other extreme-shaped tubes. Simplicity in design is what Cannondale went for with the Evo. Simplicity in the case of the Evo lends itself to light weight, too. For the higher-end Evo Hi-Mod, this means a frame weight that hits the low- to mid-700-gram range, while our more budget-friendly Evo Carbon comes in about 200 grams heavier. But considering that the frames are identical in design, only differing in the material used, that 200-gram difference comes with a drastic cost savings, considering the least expensive Hi-Mod model runs $5420, albeit with a different build. 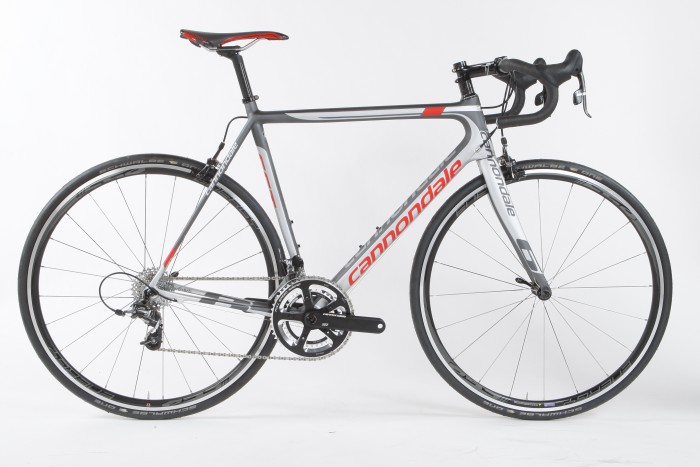 Cannondale believes that you don’t have to sacrifice a bike’s performance to improve its ride and incorporates a simple leaf-spring-type shaping into the chainstays and seatstays called Speed Save Micro-Suspension. Flattening a section of each of the tubes gave the Evo a vertical flex point for compliance while maintaining tube width to resist lateral flex from pedaling forces. Cannondale later applied a similar design to the endurance-oriented Synapse road bike.

Somewhat surprisingly, and quite uncommon these days, the Evo uses externally routed derailleur cables. Derailleur cable changes are much simpler with external routing but do a disservice to the clean look of the frame. Disc brakes are not yet offered on any of the Evo frames, though they can be found on the CAAD10 and Synapse bikes. 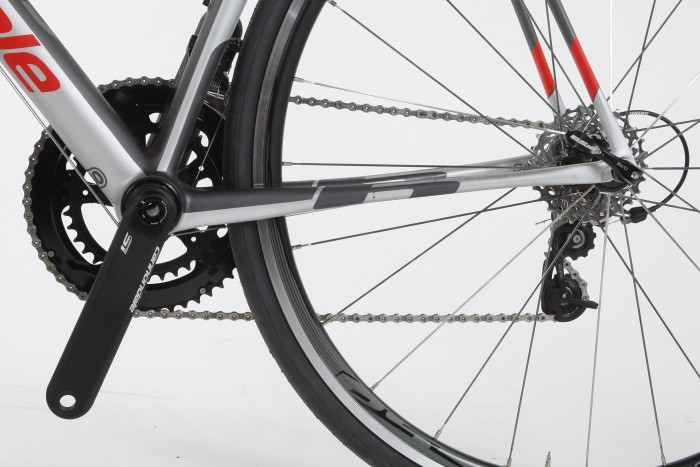 THE PARTS
Cannondale offers the Evo in 11 different build options between the three frame levels, and of those the Evo Carbon is available in six versions, ranging from a Shimano 105 bike for $2270 up to Shimano Ultegra Di2 for $4870. Our Force Racing Edition test model falls in the middle of the price range and, as the ﬁrst part of the name implies, uses a SRAM Force 22 group, along with Cannondale’s own HollowGram SI cranks mounted with 52/36 chainrings. As for the “Racing Edition” moniker, that refers to the rest of the build and is a judgment call from Cannondale’s product manager of what a racer might want for out-of-the-box performance, keeping within the price-range constraints. In reality this is more about naming than anything else, because it seems to be just the handlebars that get the special racing pedigree and use a “classic” bend that crit racers fancy. 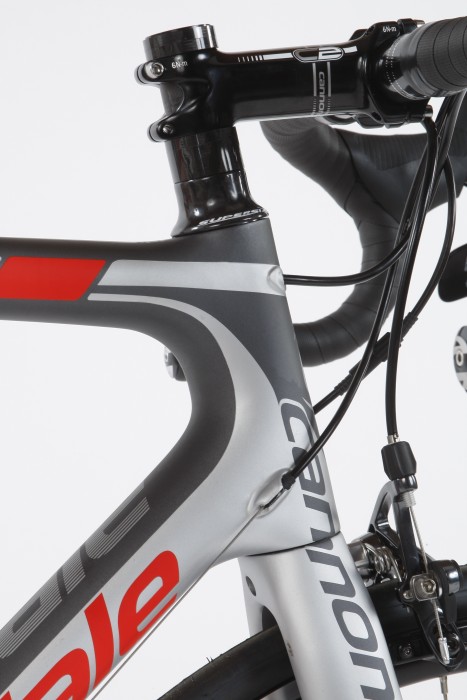 THE RIDE
We’ve become quite familiar with the Evo over the past few years after having a couple of them through the ofﬁce at different times, one of the notables being a sub-11-pound, race-ready build we did on an Evo Nano. As with the ﬁrst Evo we ever rode, the Force Racing Edition’s Micro-Suspension design does make a noticeable difference in diminishing the vibrations and smaller hits coming from the road. And though the degree of it is impressive for a race bike, it doesn’t match what the Synapse or some other endurance bikes are capable of. The Schwalbe 25c tires also help with the ride, which happen to be the biggest width the Evo has room for.

Taking the Evo into the hills is probably the terrain where it’s most adept. On the way up a climb we could appreciate the power transfer from the frame and Cannondale’s impressively light and stiff HollowGram SI aluminum cranks. Going down was possibly its best asset, since the tighter and more technical the descent, the more fun the Evo was. Pointing it into a corner, hitting the apex, then setting up to do it all over again was a thrill. Without a doubt, a high degree of torsional stiffness plays a large part in this, but there are plenty of bikes that are equally adept in stiffness. We attribute much of the Evo’s ability to hold a line on mountain roads to its ability to reduce the severity of the bumps that typically exist in the apex of a turn. This helps ensure the tires are staying in contact with the pavement and reduces any bouncing that might happen, ultimately allowing a smoother, faster and safer exit. 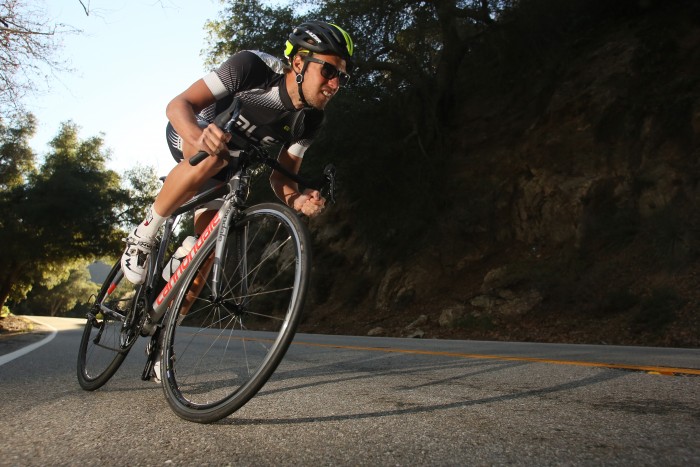 THE VERDICT
Finding a bike that’s comparable in price, weight and ride quality to the Evo Force Racing Edition is unlikely, unless you’re looking at other Evo models. Cannondale has done a good job delivering an all-around frame. And by offering it in so many build options, there is likely one in the price range of most potential buyers. A couple things that would have been welcomed, though, are internal derailleur cable routing and a disc brake option.

PUNCH LINES
• Direct descendent of a pricier frame
• A nearly four-year-old design, yet it outperforms most of the youngsters
• Old-school external cable routing looks dated

Shootout: Cannondale Versus Trek, A Clash of Comfort