But it's best at what? 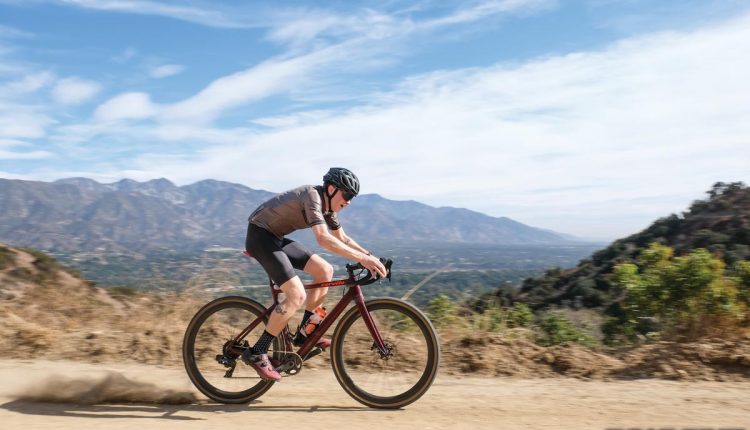 Just as we’ve been saying for the last year or so, as well-populated as the gravel bike market has become, it remains a drop-bar bike category still in search of an identity. And the reason for that lingering sense of confusion is due simply to the varied range of terrain that could and/or should define what “gravel” is.

After a previous attempt at a gravel bike that, like many others in the early evolution of the breed, was more of a slightly altered road bike, Cervelo has rolled out their newest version of a gravel bike in three different platforms. Dubbed the Aspero, this new bike definitely speaks the language of modern dual-purpose riding, albeit in a unique vernacular.

One look at the Aspero frame, and you can guess pretty quickly that the burly carbon tubes are there to provide a stiff ride. The frame uses the dropped chainstay design that has become as fashionable for gravel bikes as the dropped seatstay fashion became for road bikes two years ago. Oh yeah, the Aspero has those, too, and they are a far cry from the pencil-thin seatstays found on the Cervelo R3 (RBA, October 2019)

“Getting closer to our preferred 1:1 gravel climbing gear would’ve required using a SRAM 10-50 Eagle cassette, which for many roadies is definitely not conducive to maintaining the required street
cred due to its pizza-pan size.”

Thanks to the wireless SRAM AXS drivetrain, only the two brake hoses show their face before running into the frame; however, the frame can just as easily host mechanical cables, as well as a front derailleur.

Again, owing to the bike’s racing pedigree, nary a rack or fender mount can be found anywhere. We liked the standard-issue 27.2 seatpost with an equally good old-fashioned external seat binder.

Of all the gravel test bikes we’ve received in the last year, none have come to us with a gear combo as found on the Aspero. Owing to the options that underlie the SRAM 1x AXS drivetrain, Cervelo relied on a unique configuration of a 36t front chainring mated to a 12-speed 10-33 cluster. Interesting.

It’s a good thing that Cervelo makes no secret of the Aspero’s aspirations to be a performance-bred bike, because it is made up of a frame and parts package that reeks of stiffness and speed, but for where and what kind of riding?

Out on the open road the Aspero was more than happy to jump alongside the standard-issue road bikes with each hard pedal stroke. Even with a longish wheelbase, the Cervelo reliably mastered high-speed corners, but it did get a tad jumpy over the stutter bumps.

While we have tested stiff, carbon gravel bikes before, it was the Aspero’s gearing that left test riders confused. For some, the 36/10 was too small as a big gear for staying with the group road ride, while the 36/33 was too big for the small gear when it came to slow-speed rock crawling.

Some riders came away convinced that between the stout frame and deep-section DT Swiss wheels, the overall package was too stiff for longer dirt bike pursuits.

The fix for more top-end speed would be as easy as swapping the 36t chainring for a 38 (remembering to add links to your chain). However, getting closer to our preferred 1:1 gravel climbing gear would’ve required using a SRAM 10-50 Eagle cassette and derailleur, which for many roadies is definitely not conducive to maintaining the required street cred due to its pizza-pan size. 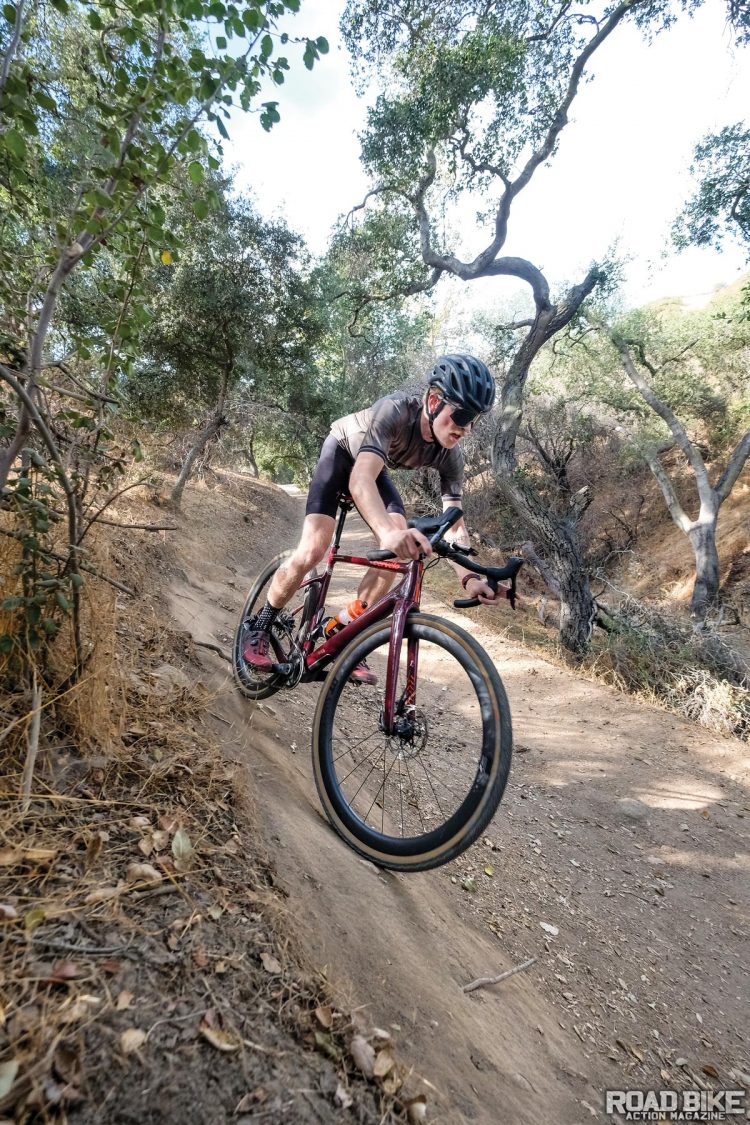 In terms of maintaining control, test riders were mixed on the Easton EC70 handlebars, with some looking for more flare and others perfectly happy with the minimal flare. The Easton component that enjoyed universal buy-in was the seatpost that features Easton’s own two-bolt ISA (Independent Seatpost Adjustment) that made positioning quick and easy.

Since we never rode the bike with 650b wheels, we never bothered to utilize the Trail Mixer dropout option. With it’s 101cm wheelbase, the Aspero was stable over the rough stuff, just not that compliant.

One of the main reasons that we continue to tout gravel bikes is their two-in-one ability to play well either in mixed environments. And we’ve learned that some do it better than others.

The Aspero family is made up of five carbon models with a mix of 1x and 2x drivetrains. The entry-level model sells for a surprisingly pocket-friendly $2800. Overall, we’d say the bike is less friendly for the entry-level rider looking to introduce themselves to the world of gravel. This is a stiff, performance-oriented package with a less than compliant ride.

From the Trail Mixer to the downtube and chainstay frame protectors and the three bottle mounts, we appreciated the variety of accoutrements offered. Still, in the end, we came away a tad flummoxed over the gearing—basically a road-spec cluster with a gravel-friendly chainring.