THE LION KING DEFINES THE BREED 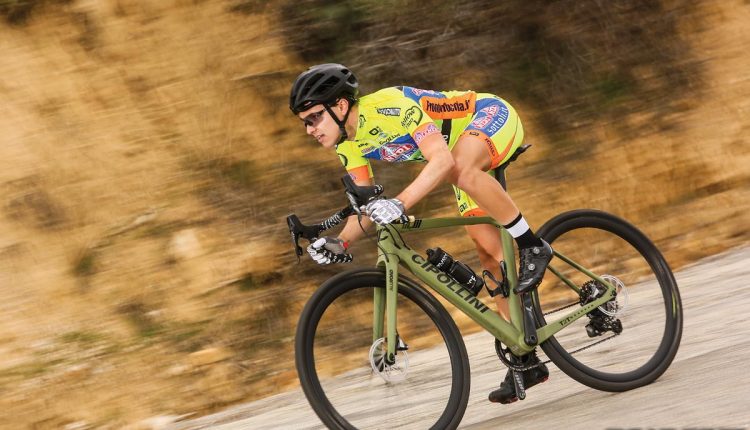 THE LION KING DEFINES THE BREED

For the last few years you could always hear some snickering in the well-lit, plush RBA office when the lads from the less plush, upstairs offices at Mountain Bike Action would visit and lament over how confusing it was to deal with all the subcategories that befell their once singularly defined market of mountain bikes.

In the old days, a mountain bike was just a mountain bike. But as ever emerging technologies are brought to the fore, so, too, did the addition of new bike categories (freeride, fat-tire, plus-sized and enduro) that catered to
both a particular type of bike and ride experience.

“Mario Cipollini became one of the world’s winningest sprinters on skinny tires, so what the heck does he know about a bike designed to roll on 35mm fatties?!”

For roadies, it’s always been a simple equation: skinny tires + drop bars = go ride. Not anymore. With the meteoric blast in hype and reality that big tires have brought to the industry, everything has changed. A question that we’ve been asking ourselves of late is, do big tires automatically denote a gravel bike?

Without a doubt, big tires have become the latest craze in the road world for good reason. In short, they are liberating. But can they define the bike that rolls on them? This question became all the more pertinent as we began riding the Cipollini All Road. Mario Cipollini became one of the world’s winningest sprinters on skinny tires, so what the heck does he know about a bike designed to roll on 35mm fatties?! 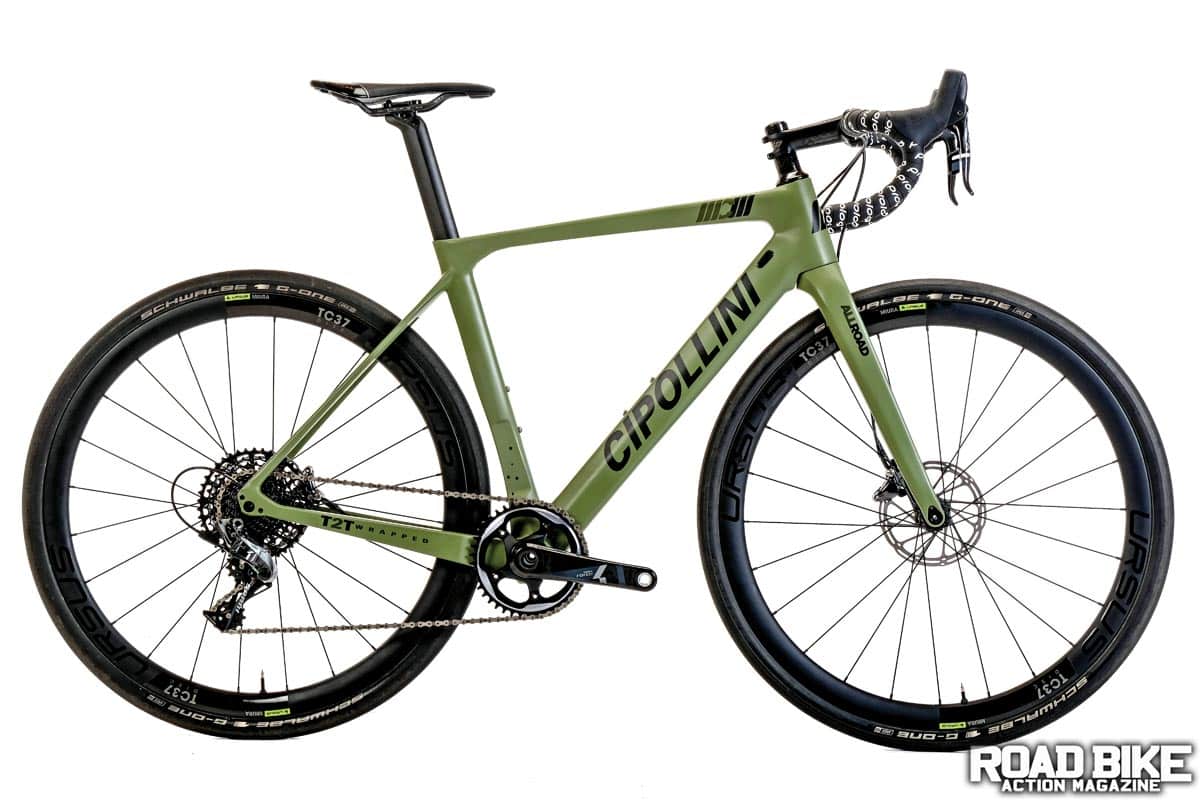 The olive green color with the carbon underlay graphic gave the All Road a unique look. As much as the smooth joints may give the bike a one-piece molded look, it is actually constructed using the old-fashioned tube-to-tube process, thus the “T2T” designation on the chainstay. We’re told that the frame uses some added Kevlar to the carbon layup to bring added durability.

Old school or not, the shapely frame’s quality craftsmanship is readily apparent throughout. From the seatpost that effortlessly slides in and out to the cable ports found on the fork, frame and chainstay, the frame factory in Verona, Italy, that makes the bike obviously has the effort down pat.

And we did say “shapely,” didn’t we? From the triangular-shaped top tube that tapers down to the seat tube to the oversized, multi-sided downtube and the flattened seatstays, there is literally not a traditional round tube found on the MCM All Road.

One other notable feature of the 18.25-pound bike are the five open holes on the seat tube, which make the bike ready to run a front derailleur. While not the most elegant solution, it does bring the appreciated option of running a 2x drivetrain.

Our test bike was built with the gravel world’s go-to 1x drivetrain: SRAM Force with a 42t X-Sync chainring mated to an 10-42 cassette. In accordance with the SRAM drivetrain, the bike had their flat-mount disc brakes that were mounted to carbon Ursus TC37 wheels. The cockpit consisted of a Deda SuperZero stem and Deda handlebar. Seating duties are handled by a frame-specific carbon aero seatpost topped with a ProLogo saddle. 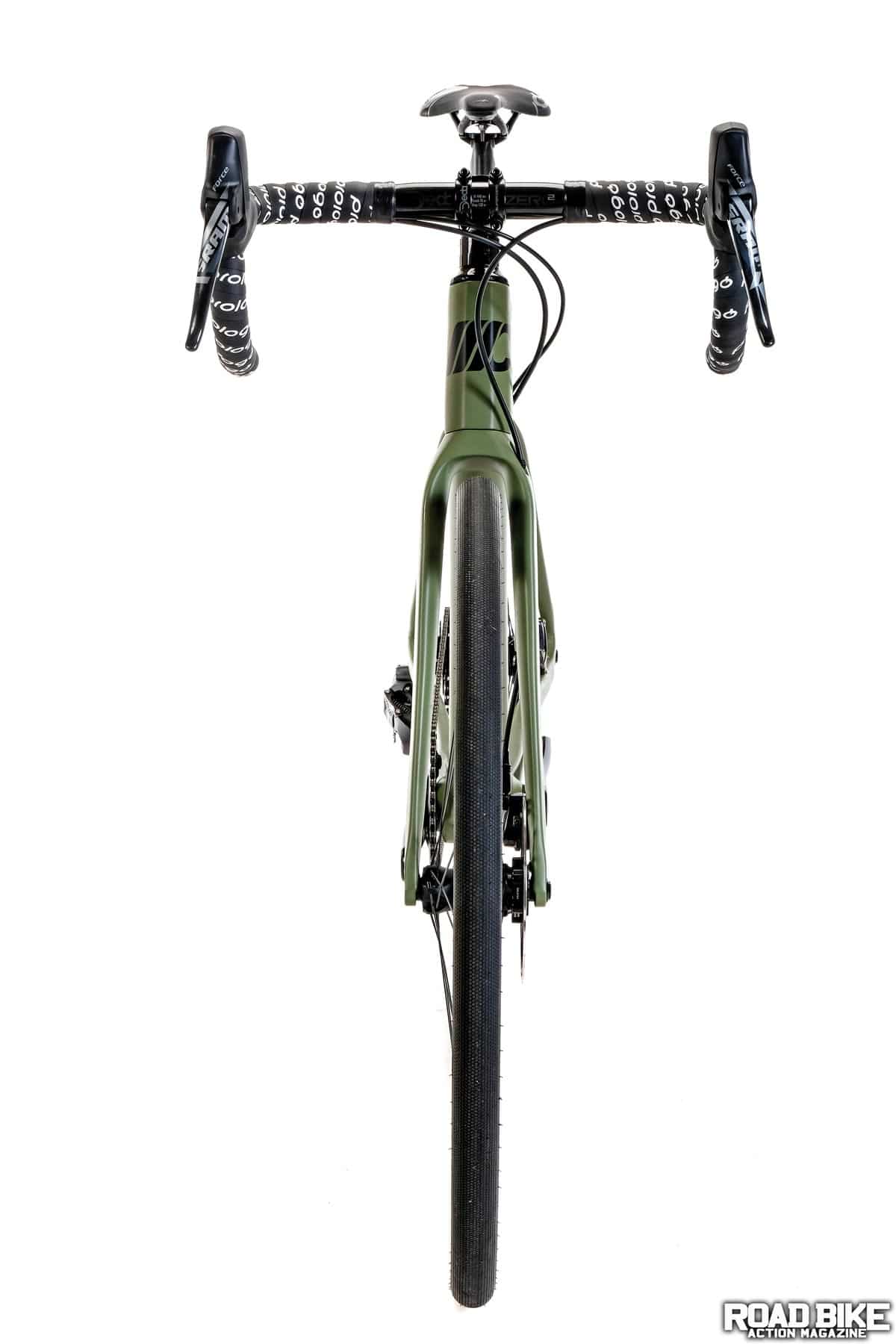 We lost track of how many times other cyclists would ride up alongside the Cipollini, and upon seeing the big tires, the first thing they would say is, “Cipo is doing a gravel bike?” Is he?

This is where things get complicated. Sure, with the roomy fork and rear triangle, running big, gravel-friendly tires is not a problem with the Cipollini. However, following our first few test rides, the bike left us with the impression that the road is really where the All Road is intended to excel. It is stiff and it is fast. Even with a 100cm wheelbase, this is a fully capable road race bike that you would expect to find out of the house of Cipo.

That the big tires give the rider the option to ride off-road—sure, like us you can’t help but be inclined to get the bike dirty. But big tires notwithstanding, this is no Lauf True Grit. In the dirt, the bumps translate through the frame, and with its spitfire-like handling, it leaves no room for inattentiveness.

Just as we experienced with the Factor Vista (RBA, April 2019), the Cipollini is best idealized as a fast and rigid road bike that, thanks to the wheel clearance, gives the bike an extra dose of user experience.

The only undoing we had with the bike was when we were hammering down a fast, bumpy fire road and thought for a moment that the front wheel was going to fall off. We checked the 12mm thru-axle, and it was as tight as can be. Turns out, the aluminum dropout inserts, which are bolted in on the interior side of each fork blade, had come loose. That was a first for us on any of the gravel bikes we’ve ridden that use a similar system. 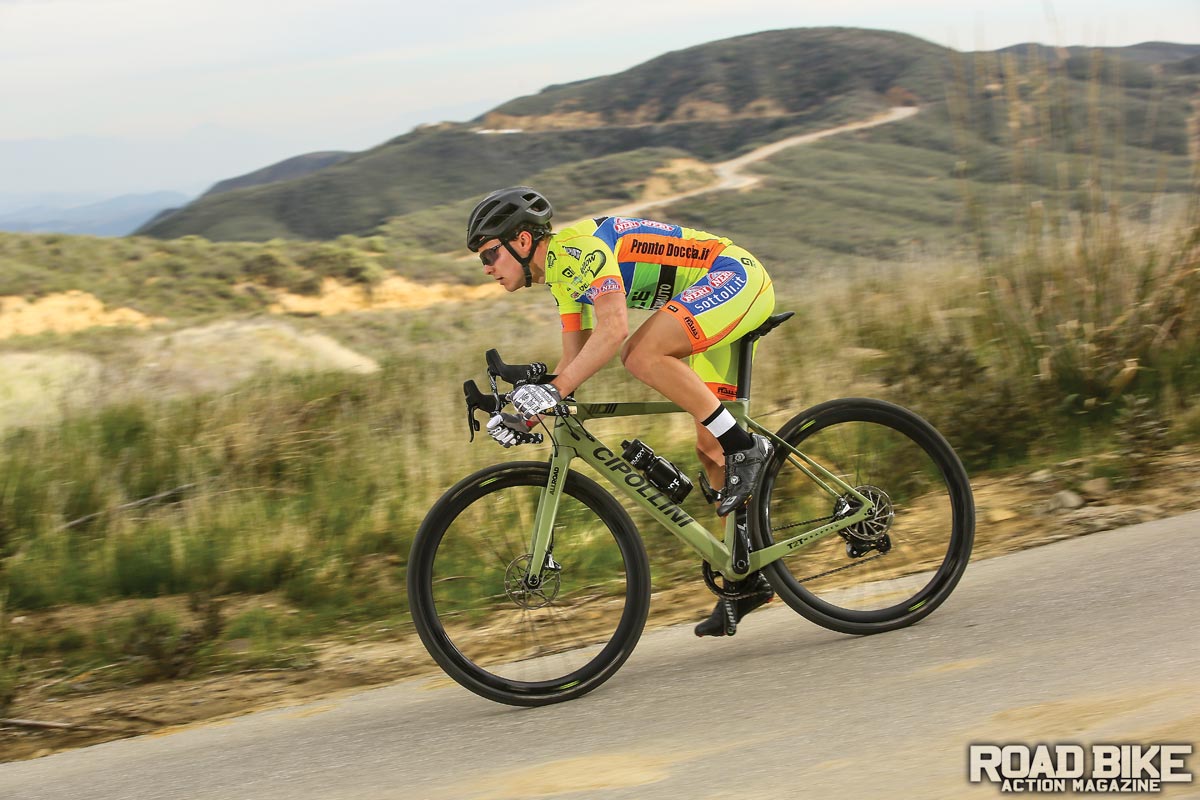 As we have tried our best to expound upon in the past, any bike can be ridden anywhere; it’s just that some bikes are better suited than others to excel at a particular type of riding.

When it comes to the Cipollini All Road, yes, thanks to its roomy wheel clearance, the bike can be used as a capable dirt bike. The only caveat is that contrary to the company’s claims of being designed in compliance, we couldn’t detect much at all. Whether on- or off-road, finding the correct tire pressure is key to optimizing the bike’s performance.

What the Cipollini does is remind us that, thanks to being able to run bigger tires, the “All Road” nomenclature is actually starting to have some real meaning with certain bikes. No, with the arrival of the All Road, we aren’t expecting to see the “Lion King” line up at the start of Dirty Kanza this year. Still, we wouldn’t be surprised to see some podium-oriented riders aboard the matte green bike sitting on the front row.

• “Road” is the operative word

What is an XDR Driver for the Rear Cassette?