Factor’s Vista skews the line between dirt and pavement 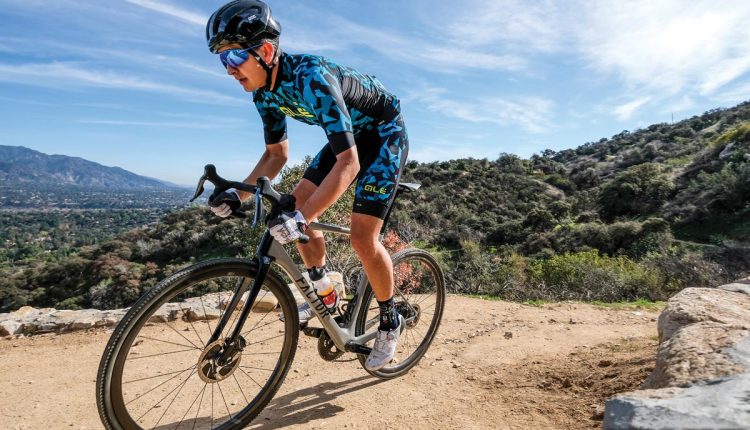 Given that in the last few years both the Factor O2 road and One aero road bikes had ranked among our favorite test bikes, when word first leaked that they would be releasing a gravel bike over the winter, we jumped in anticipation of what the company known for unique designs could bring to the gravel scene.

Unfortunately, when we got a preview of the bike’s tech specs, our early enthusiasm was dampened somewhat by one specific point—tire clearance. Factor’s new Vista was designed to run up to 35mm tires, which for us is nowhere near big enough to qualify it as a Dirty Kanza-ready rig.

In conversation with Factor reps, they walked back the gravelness of the Vista and said the bike is really more of an all-road offering. When we pulled the new bike from the box, we decided to find out just where the new Factor would shine the brightest.

Like the other three framesets in the Factor catalog, the Vista’s 953-gram carbon fiber frame is manufactured in Taiwan at Factor’s in-house factory. With their own manufacturing facilities, Factor is able to select higher-quality materials, as well as conduct their own R&D.

The all-road Factor has a unique look and is available in either a Stone Gray colorway or a limited-edition version made in collaboration with Factor ambassador (and former pro rider) David Millar’s CHPT3 brand. Like the Factor One aero bike (RBA, November 2018), the Vista uses the unique OTIS (One Total Integration System) fork, which ties the one-piece handlebar/stem combo directly to the fork. The Vista, however, uses its own AR (all-road) version and differs from the aero road version due to its specific carbon layup to provide increased compliance over rough terrain. The flat shape of stem and bars add to that as well.

The Vista frame is designed to use 30–35mm tires with a 7.5cm bottom bracket drop. The frame reach on our size 56cm frame is 38.6cm, which is relatively short, but offers the rider a more endurance-oriented position. The 102.5cm wheelbase fits the scale with the Factor’s “all-road” designation. The seatstays are also specifically engineered for added compliance.

The frame hosts hidden front and rear fender mounts, which are a nice feature for year-round riding needs. The frameset includes a removable front derailleur mount. Our bike was spec’d with a semi-compact 2x setup, but a 1x system can easily be installed.

The D-shape, monocoque carbon, Vista AR seatpost is compliant and easy to use. Our bike was spec’d with a 7mm x 9mm seat clamp for the oversized carbon rails on the Fizik Arione saddle, which was easily adjusted thanks to the single-seat clamp bolt.

Customization of the cockpit is limited for the Vista. Only OTIS stem/bar combos are compatible, Factor has handlebar widths that range from 38–44cm and stem lengths between 90mm and 130mm.

There is frame clearance for tires wider than the 35mm WTB Riddlers that were mounted to the Black Inc. 30 carbon wheels. If you ignore Factor’s tire-size suggestion, up to a 40mm tire could fit, but the lack of clearance would make for sketchy riding in muddy and rocky conditions.

While there are plenty of dirt-friendly 35mm tires on the market that would work well in off-road environs, for us, a truly gravel-capable bike starts with a frame that can welcome at least a 38mm tire.

The 1427-gram Black Inc. wheels are both 30mm deep and wide (externally) and have an internal width of 21mm, which is ideal for an all-road-capable wheelset. The wheels are tubeless-ready with rim strips and valves included and are laced with 24 Sapim spokes front and rear.

We rode the Vista with two different tire setups—the 35mm gravel-grinder go-tos and some 30mm slick tires. Thanks to the higher-volume tires, we were able to keep the air pressure between 60–65 psi with the 35s and 65–70 psi with the 30s.

The Vista felt capable on the dirt, and we were able to tackle flat and rolling terrain with ease. With its impressive 17-pound weight and semi-compact drivetrain, the Vista proved more than adept as a climbing bike too. While weight wasn’t a top concern of the engineers, the Vista can slip under 16 pounds with the right components.  While the rear triangle absorbed vibrations well and allowed us to keep pedaling efficiently, over rocky and bumpy terrain, the impacts up front were not as smooth. 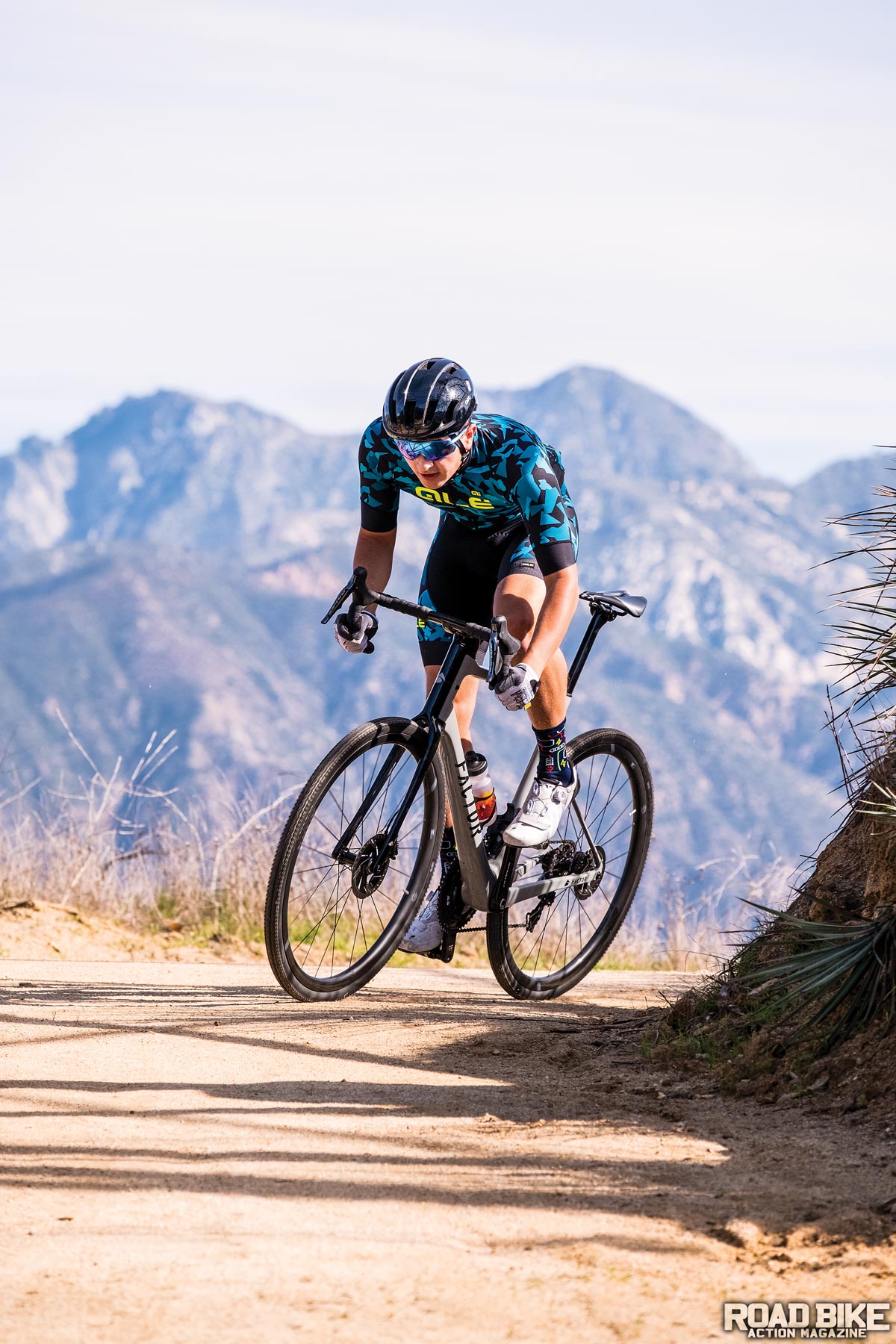 With the fat tires slowing us down on the road, we threw on a pair of 30mm slick tires. The simple swap, which is not always so simple when running tubeless, changed the ride quality immensely. The ride quality retained the smoothness, but better still was how much quicker the bike reacted to pedal efforts. Slick tires made the bike feel like it belonged on the paved road. Owing to the long wheelbase, the bike did require extra lean efforts through corners.

Running a Shimano Dura-Ace Di2 drivetrain with 52/36 chainrings paired to an 11-30 cassette, the Factor was geared well for on-road pursuits, but not nearly low enough for aggressive, slow-speed gravel climbing.

Factor did their due diligence in crafting their first attempt for an all-road bike. Still not cheap, the Vista frame actually sits at a competitive price point when you also factor in the cost of the included components that don’t usually accompany a frameset.

Because the Vista is one of those two-in-one-type bikes, if the price doesn’t deter you, you might also consider buying a second set of wheels to best optimize its talents as both a road bike and gravel bike.

As we have often found, many bikes billed as “compliant” don’t hold up to the claim so well. We found the Vista as compliant in ride as it is clean in form and function, and a bike that we wanted to get dirtier than it was really designed to get.

• You choose the parts