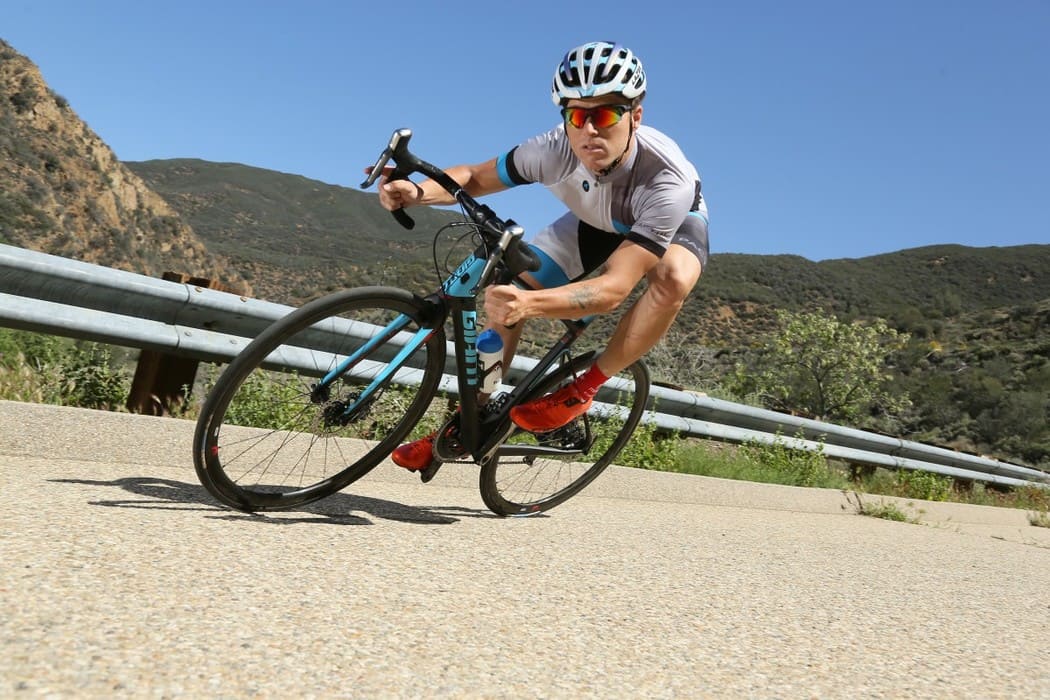 As one of, if not the biggest, bicycle frame manufacturers in the world, it’s understandable that Giant Bicycles would be a leader in the fast march of carbon bike production. Like so many other bike brands, over the years their focus for road bikes has been on building light and stiff frames to reflect what the pro riders asked for. More recently, Giant has put additional focus on comfort in addition to performance. And that’s where the Defy Advanced SL comes in. 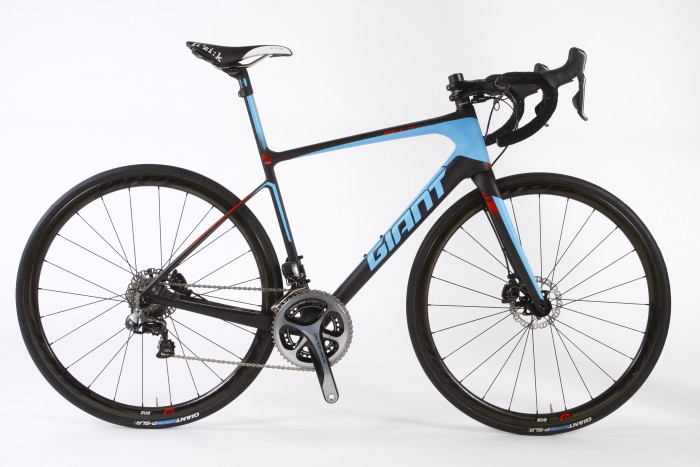 Not only was Giant an early entry into the carbon game (1987), they were also a pioneer in the move to (radically) sloped top tubes, along with integrated seatposts (1997). Although the ISP trend never caught on, Giant has stayed with it and continued to refine it over the years. And sure, despite its propensity to rattle nerves at the thought of taking a hacksaw to a beautiful, expensive frame, the cut-to-size D-Fuse seat mast (with 2cm of adjustment) increases the flex of the rear end to provide added comfort when attacking rough pavement. Pencil-thin seatstays also help increase shock absorption while also helping to maintain the bike’s impressive low weight. Up front the Defy uses a proprietary over-sized (1 1/4- to 1 1/2-inch taper) steerer tube, which helps add stiffness but limits stem replacement options. Unfortunately for the riders who might want to race the Defy, the whole model line is disc brake-specific, which makes it illegal in UCI-sanctioned events. 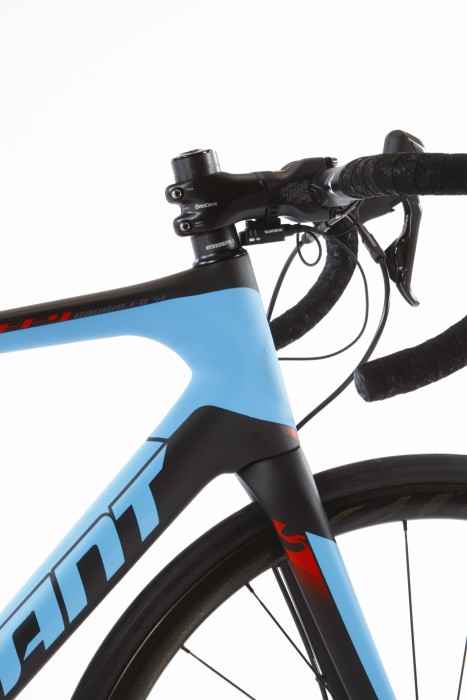 THE PARTS
Equipped with a full Shimano Dura-Ace Di2 drivetrain and hydraulic disc brakes, you can rest assured that the shifting and braking are on point. Giant opted to spec the Advanced SL 0 with Zipp 202 clincher disc wheels wrapped in Giant’s 25mm P-SLR1 tires that are front- and rear-specific. With the need for a six-bolt brake rotor, the Defy uses 140mm TRP rotors for excellent stopping power and, happily, no brake chatter or squeal. In the cockpit, Giant specs their own carbon fiber Contact SLR stem and handlebars, while the adjustable seat mast is topped off with a Fizik Aliante saddle. The Di2 battery is housed in the seat mast for easy access. Like many of Giant’s road bikes, the bottom bracket is outfitted with Shimano’s press-in bearings for a stiff and adapter-less system.

THE RIDE
Giant Bicycles is well-regarded as having among the stiffest frames on the market, and the Defy is no different. Accelerations and hard efforts always felt like they were efficiently transferring to the rear wheel, propelling you forward. At 15.8 pounds, the Defy Advanced SL 0 is arguably lighter than most endurance bikes with or without disc brakes. Yet again, the Shimano Di2 drivetrain left us raving about electronic shifting. Further delineating the Defy from their race bike lineage are the bigger 25mm tires and compact drivetrain spec, both of which cater to the more varied user group that makes up the bike’s target audience. 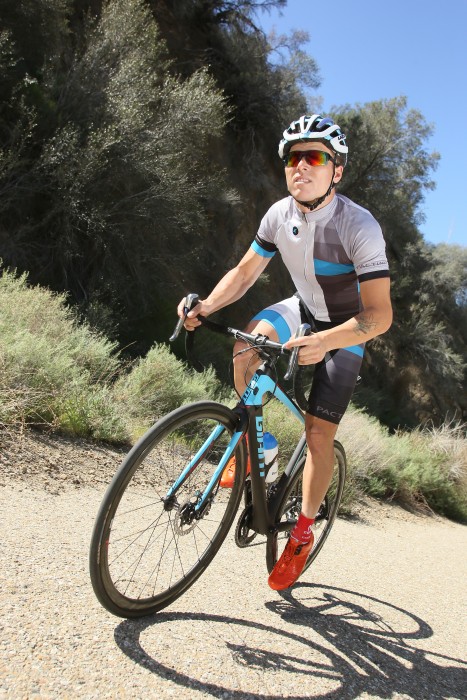 Though it may not be a race bike, the Defy splits the difference with a very neutral fit. The super-stiff OverDrive 2 steerer tube provides ultimate confidence when descending at high speeds. The fact that the brakes will stop you exactly when you need them inspires added confidence.

VERDICT
Let’s not kid ourselves—$10,300? That is a steep price for any bike, and one that we’d assume many cyclists would not be willing to spend. Giant’s carbon Defy family starts at $1800, and the entry SL-framed model sells for $5050 (spec’d with Giant carbon rims and a Shimano mechanical Ultegra drivetrain). Aluminum versions of the Defy sell for $640–$1425).

It seems that Giant hit every target with their Defy Advanced SL 0— comfortable ride, efficient power transfer, neutral geometry, confident turning and handling, light weight, and a quality parts spec. Of course, for a bike that costs 10 large, it had better be a bull’s-eye in every category. Though the Defy may not have any specific aerodynamic gains to call its own, this was one endurance bike where getting up to speed was not an issue.

PUNCH LINES
• An endurance bike this light?
• Disc brake-specific
• $10K is just a lot of money