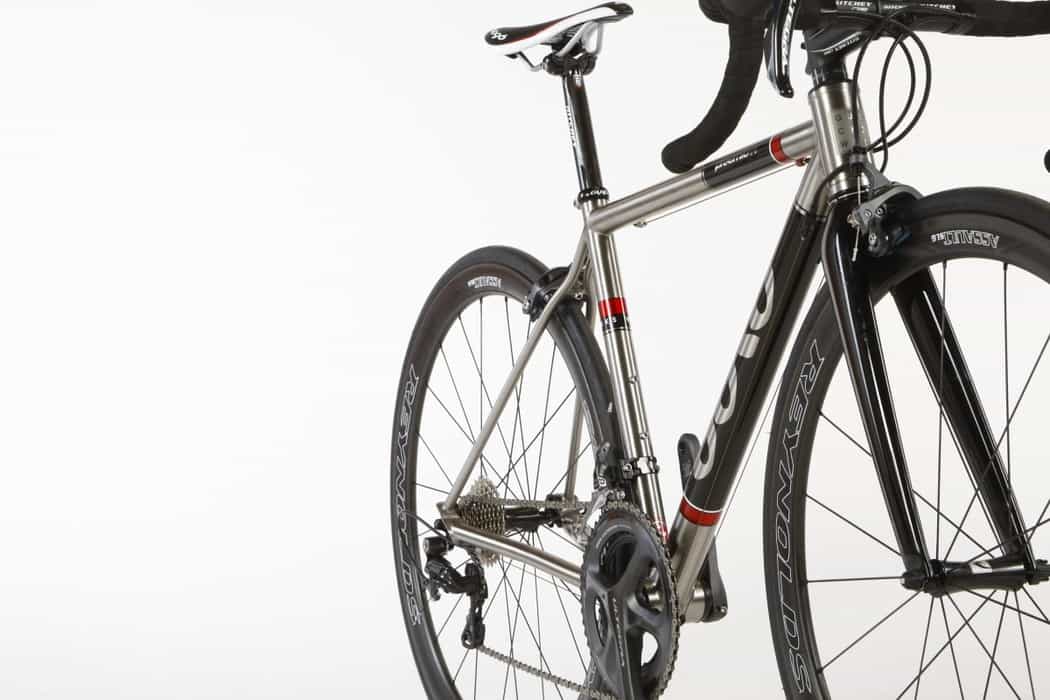 Guru Cycles has been churning out high-end custom bikes since 1993. And today, the company out of Montreal, Quebec, Canada, offers high-performance road, triathlon and cyclocross bikes in carbon, titanium and steel. Guru’s line of Praemio (whose name is inspired by the Latin word for “prize” or “reward”) titanium bikes currently runs three-deep.

THE FRAME
The standard Praemio model has been in Guru’s catalog since 2006, and we’re told that it’s intended for the endurance-minded rider. By contrast, the latest Praemio-R (as in “Race”) is designed with the racer or aggressive rider in mind. Its titanium tubes are over-sized to stiffen them up, and Guru has updated all of its titanium models’ rear triangles for 2015. The Praemio-R features the brand’s Dynamic Wishbone Seatstays (DWS), which sport a double S-bend design intended to help dissipate road vibrations and allow for the use of a smaller brake bridge. You’ll also ﬁnd their Asymmetric Diameter Chainstays (ADC), which incorporate a 22mm drive-side chainstay and a 27mm non-drive-side chainstay in order to help increase rear stiffness by a claimed 25 percent. 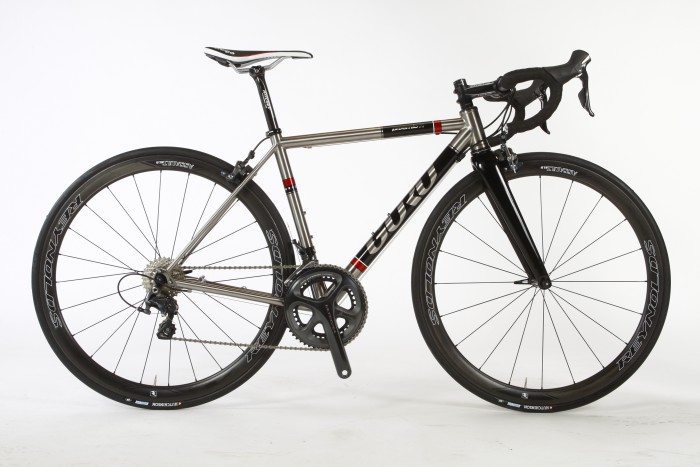 Another new feature that Guru has developed is its Open Architecture Dropout (OAD), a replaceable rear dropout system that allows for a wide variety of wheels to be used on the same frame. And it can include options like eyelets for rack and fender mounts and compatibility with a 12mm thru-axle. Additional OAD options will cost you $50 apiece. And, our test bike also came with rear disc brake tabs for a future upgrade—another optional extra that will cost you $250. Other frame features include a Press-Fit 30 bottom bracket, a unique 44mm head tube, and a tapered carbon fork that is Guru’s own design. The Praemio-R can be ordered as a frameset in one of ﬁve stock sizes, or with custom geometry for a $600 upcharge.

Our test bike was a size-XS stock model, which sported a 97.2cm wheelbase, a low 104mm head tube length, and head and seat angles of 71.5 and 73.5 degrees, respectively. And because Guru hand-makes each frame in-house, they can custom-pick tube sizes to adjust the ride quality for each rider. Even stock models like our test bike have size-speciﬁc tubing to ensure a consistent ride quality throughout the range.

THE PARTS
In addition to being available as a frameset, the Praemio-R can be ordered as a complete bike in one of four standard builds, or with any parts selection that you can think of. Our test bike was the lowest priced of the four standard builds, which included a full-Shimano Ultegra 6800 drivetrain, a cockpit component selection from Ritchey and a Prologo Nago Evo saddle. But while that standard build, which retails for $5700, comes with a set of Shimano RS21 aluminum clinchers, our test bike came with Reynolds Assault carbon clinchers, which Guru says would be a $1470 upcharge. Other complete builds include Ultegra Di2 for $8200, Dura-Ace 9000 for $8900, and DuraAce Di2 for $10,900 (all prices reflect stock geometry). 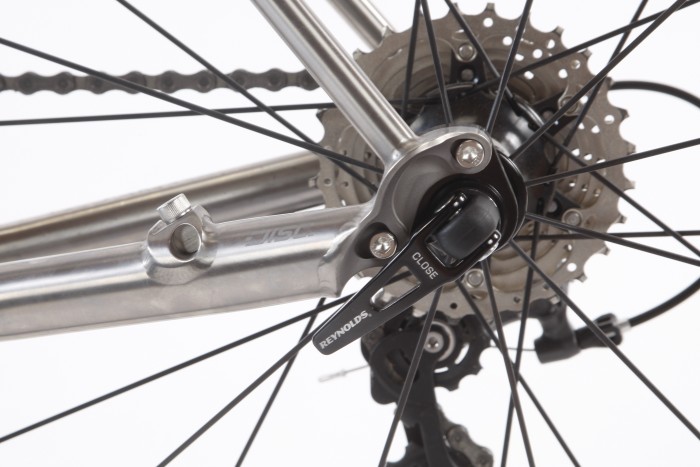 THE RIDE
The Praemio-R was designed with the racer in mind, and its relatively aggressive geometry allows for a low handlebar position, and its short wheelbase combined with a stout and stiff carbon fork make for incredibly responsive steering. The over-sized tubes, particularly those in the rear triangle, create plenty of stiffness, which proved to be more than enough for all of our test riders to keep pace on fast group rides: “I’d put it up against many of the top carbon frames in terms of stiffness,” said one tester. “And though you’ll find plenty of carbon competitors that are a bit snappier and get up to speed quicker, the Praemio-R can hold speed in a paceline without worry. However, there’s plenty of road feedback, especially for a titanium frame. This wasn’t a problem for me, but I know that some people might prefer more compliance for long rides, as well as more stability and less of such a light steering feel.” 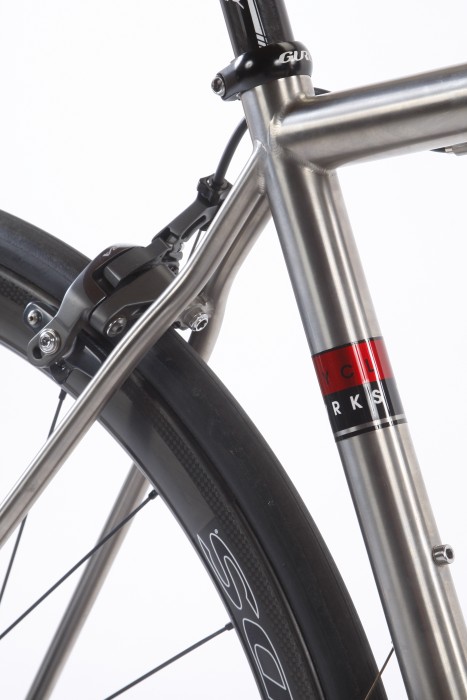 THE VERDICT
If you’re racer or aggressive rider in the market for a titanium frame, then the Praemio-R is worth checking out. The OAD dropouts give the frame extra versatility in allowing it to become disc brake-compatible, and there are tons of customization options available— from personalized geometry to unique paint schemes. And if you prefer your rides to be a bit more comfortable at the expense of some performance cred, we recommend checking out the standard Praemio. 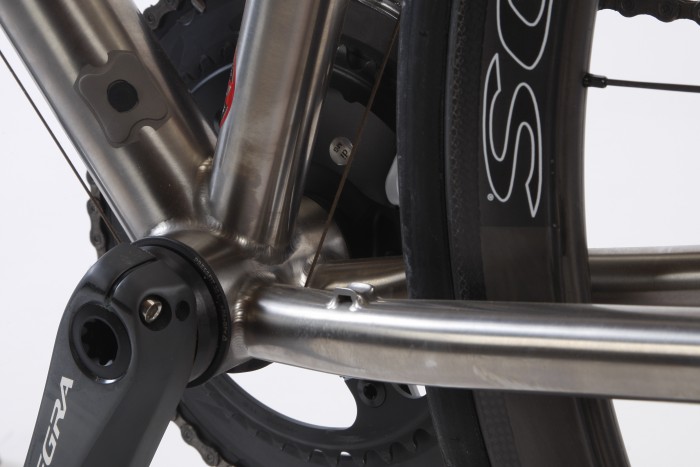 PUNCH LINES
• Great for racers and fast folk
• Over-sized tubes may feel harsh for some
• Plenty of custom options, colors and sizes available