Finding value with a backbone

The KHS Grit 220 is an open door for escaping

For almost four decades now KHS has been a brand where each new model must strike a balance between both performance and value. Not always the most innovative, KHS bikes have remained popular for cyclists looking to enjoy the ride without overspending when it comes to shopping around for a bike.

Within KHS’ large assortment of bikes are four different drop-bar build options intended to be used as a gravel bike. To find out more about KHS’ concept of quality with value, we had the opportunity to put the latest gravel build through our testing. 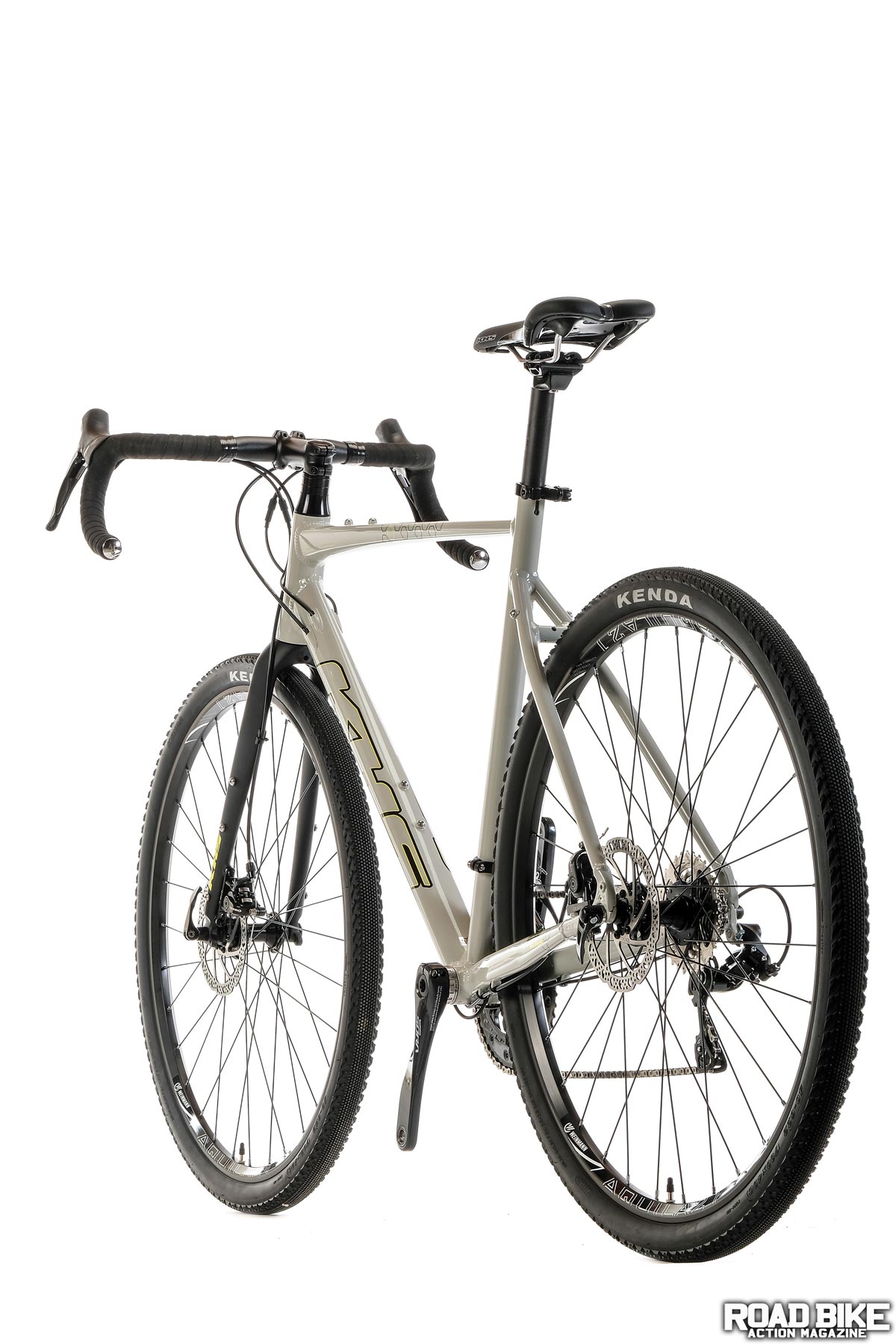 We begin with a Cloud Gray Gloss colorway (with hints of a highlight yellow) on the 6061 double-butted aluminum frame that has an abundance of mounts, including two on the top tube for a small pack, rear fender and rack mounts, and eight on the fork (six mounts, two eyelets), which allows the bike to be compatible with racks, fenders and even bikepacking essentials.

Beyond the meaty welds, when the bike arrived at the plush, well-lit RBA office, there were a few things we noticed at a glance. First were the bi-ovalized downtube and nicely tapered top tube. Second was the mixed use of a front thru-axle and rear quick-release skewer.

KHS offers the Grit as a complete bike in four different builds, ranging from a chromoly frameset at $829 with quick releases to a $2,799 carbon bike with front and rear thru-axles. The Grit 220 we tested is in between at $1,199, with internal cable routing and a carbon fork (with an alloy steerer). You’ll find a fashionably flared aluminum handlebar mounted on the alloy stem.

“No matter the budget, each option of the Grit features modern bike standards that allow a rider to customize and change the bike as they set out to meet whatever surface they choose to explore.”

Our test bike featured Shimano’s entry-level Sora R3000 9-speed drivetrain, which consisted of a 50/34t crankset with an 11-32t cassette. Yes, you might have some cycling friends who boast of their 11–12-speed drivetrains, but this is one of the component details that is ultimately curtailed by cost.

The 700c Weinmann hoops come as the stock option on the Grit 220. Wrapped around the Weinmann rims are some 40mm Kenda Alluvium Pro tires with a 120-tpi rating. This simple rim and tire combo helped keep the bike in check, while the Tektro mechanical disc provides the stopping power response when coming through steep sections.

We put the KHS up against routes that ran through a mix of surfaces and technical terrain. Throughout, the bike responded well and felt planted to the ground with a long 104cm wheelbase. We did feel that the reach was on the long side, so we swapped the stock 100mm stem for a 90mm, which also improved the handling traits by making it a bit snappier. Once properly fit, we felt more relaxed on the bike during the longer test rides.

While the easiest gear is a 34-32, which was good for paved climbs, it proved tough on punchy fire-road climbs where slow-speed grinding over obstacles was on tap. Although our preferred low gearing for gravel bikes is a 1:1 ratio, which the KHS didn’t meet with its 34/32 gear, any bike’s climbing prowess is also dependent on the bike’s weight. And so, when it came to climbing on the 220, we could’ve used some added teeth in the rear to keep the 25-pound bike in a more spin-to-win cadence. This is where a shortfall of the value equation arises due to the limitations of the 9-speed cluster. As it was, when out riding with the crew, the complaining never ended about the tallish gravel gear as we struggled to spin.

Given its weight and long wheelbase, the bike was stable and performed well when descending fire roads. We ran the bike with the stock inner tubes, but for any extended off-road forays, it would be worth your time to convert to tubeless, which would require new wheels since the stock hoops are not tubeless-ready.

Just like most companies answering the call for a drop-bar gravel-ready machine, KHS has continued to evolve with the rapidly changing times. The Grit configurations offered from KHS give riders the option to pick everything from an affordable aluminum model to a higher-end carbon machine. No matter the budget, each option of the Grit features modern bike standards that allow a rider to customize and change the bike as they set out to meet whatever surface they choose to explore.

KHS didn’t intend the 220 to be a hardcore gravel bike, but considering the price and build, the Grit 220 can open new doors to a rider who is looking to get more involved with the mixed-surface endeavors. Along the way of learning more, the rider will surely begin to modify it from stock and further upgrade this capable machine.

• Good value for a rider looking to branch out

• A worthy upgrade would be a tubeless conversion