The Kona Libre DL borrows some mountain for its gravel 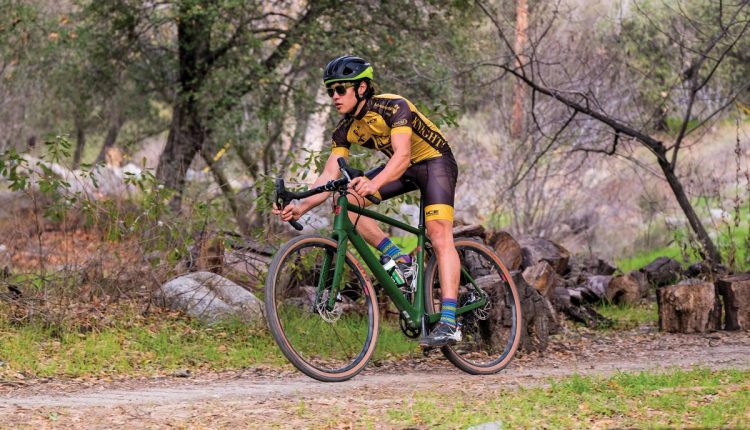 BORN TO BE BURLY

It’s most likely a given that after reading the above title, the strict-diet roadies among us have already turned the page. It’s probably a good thing, because with the introduction of the Libre DL, Canadian bike brand Kona is no doubt bringing their proven mountain bike R&D legacy to the world of dual-purpose bikes.

As the gravel segment continues to define itself, it’s evident that dual-purpose bikes that come out of traditional mountain bike brands roll in a distinctly different manner than those that come from traditional road brands.

And just as so many bike brands have rushed to Emporia, Kansas, to get that catalog photo of their gravel bike with a Dirty Kanza number plate, we know that while any gravel bike can be raced, that doesn’t make them all race bikes. And that’s a good thing. 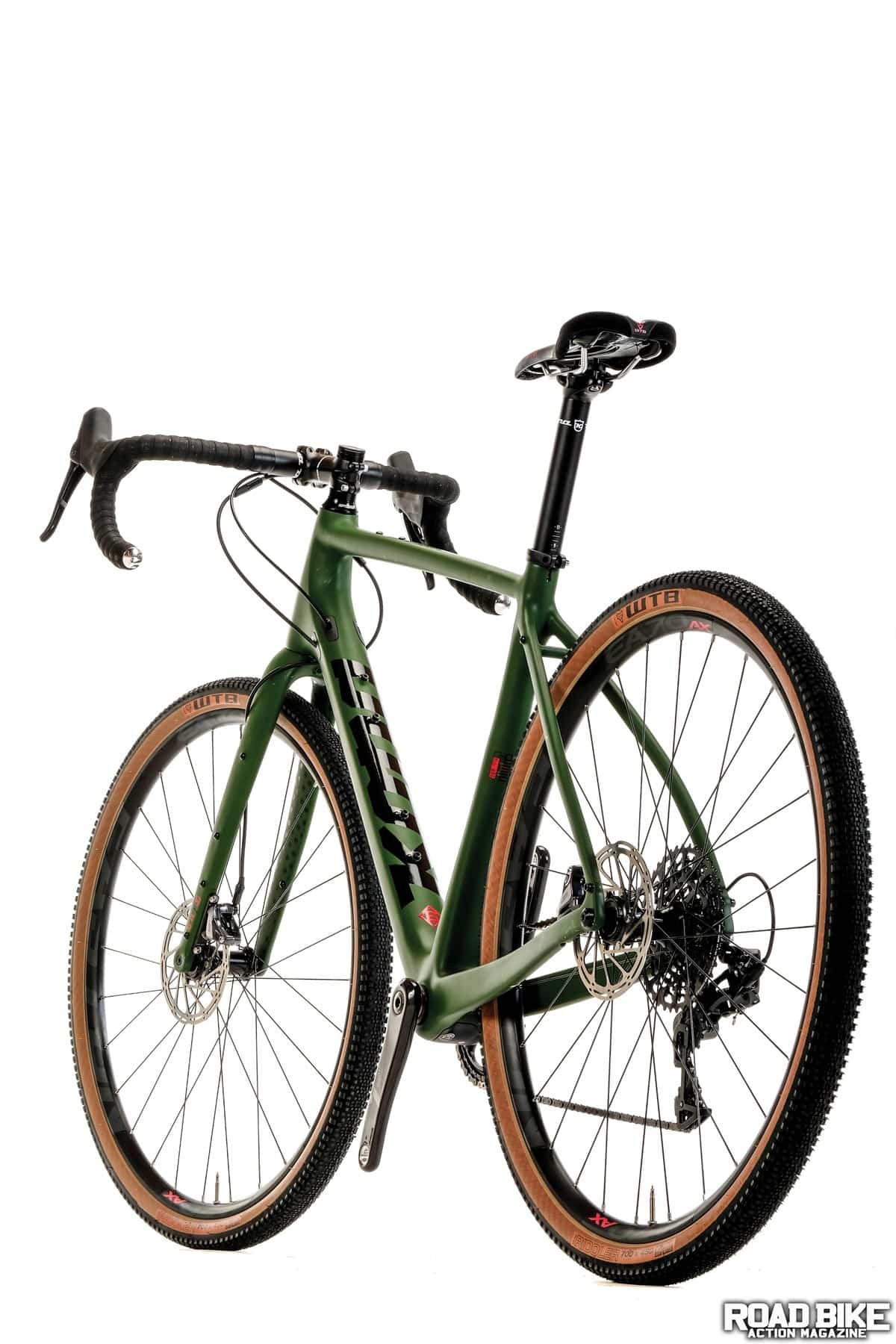 The very first thing that everyone noticed when the olive green bike was pulled out of the box was that it has more downtube cable ports (4) and accessory eyelets (22) than any gravel bike we’ve yet to meet face to face. What can be done with that many eyelets, you wonder? Basically, as many water bottle racks and fenders you’ll ever need.

If there was one bike we’ve tested recently that belied the complexity of frame sizing, it would definitely be the Kona. This is the second Kona we’ve received where we found ourselves caught out by the Canadian brand’s frame sizing. Kona measures their frames on a center (of bottom bracket) to top (of seat tube) dimension. While we normally ride 55 to 56cm frames, the Kona was measured as a 51cm frame (with a 57cm top tube length), and our 5-foot-10 test riders found themselves pretty stretched out (even with the shorty 70mm stem).

Owing to the big 45mm tires mounted on 700c wheels, the Libre is pushed further skyward, which adds to the bike’s big feel. Luckily, the Libre has a radically sloping tube, which allows for a lower stand-over height.

Despite the SRAM Force 1x drivetrain spec, there is a cable port and front derailleur mount in case you want to run a double chainring. The only thing missing would be the left-side shift lever assembly, which would need to be purchased separately. There is also a fourth cable port for a dropper seatpost.

Just as the frame was on the big size, so, too, were the 16-degree flared Kona alloy handlebars that measured 44cm at the hoods and a whopping 54cm wide at the drops. Coupled with the long top tube and short 70mm stem, the cockpit was the clearest example of current mountain bike geometry crossing over to a dual-purpose bike.

Contrary to the direction chosen by many other brands to downsize their seatpost in search of added compliance, the Libre runs with a 31.8mm-diameter aluminum post that is topped with a WTB saddle. Whether Kona specs the post and stem by design or to simply double dip in their supply of in-stock mountain bike parts can be debated, but the aluminum parts are rugged enough and a good choice for true backcountry adventure.

The 700 x 45mm WTB Riddler tires are about as big as you’d want to go for all-around riding. The promising thing for anyone with real off-road adventure in mind is that even with those big treads there is still ample front and rear tire clearance should things get muddy.

The Libre is definitely a bike that welcomes an off-road rumble—and tumble. Although not part of the official testing process, the Libre endured a handful of big crashes with nothing more than some scratches and a bent derailleur hanger to show.

As much as we like to fancy ourselves as fairly competent and capable riders, we found the gearing to be on the tall side. Any bike that is as inviting to off-road adventure as the Kona would be much better suited with a lower gear. On paved climbs in the 15- to 23-percent grade, the 40×42 was just low enough. Add in some loose dirt and rock ledges and we barely made it through. For the type of off-road pursuits that the Kona is capable of, the 10t small cog
serves much less purpose than a 38t chainring would. 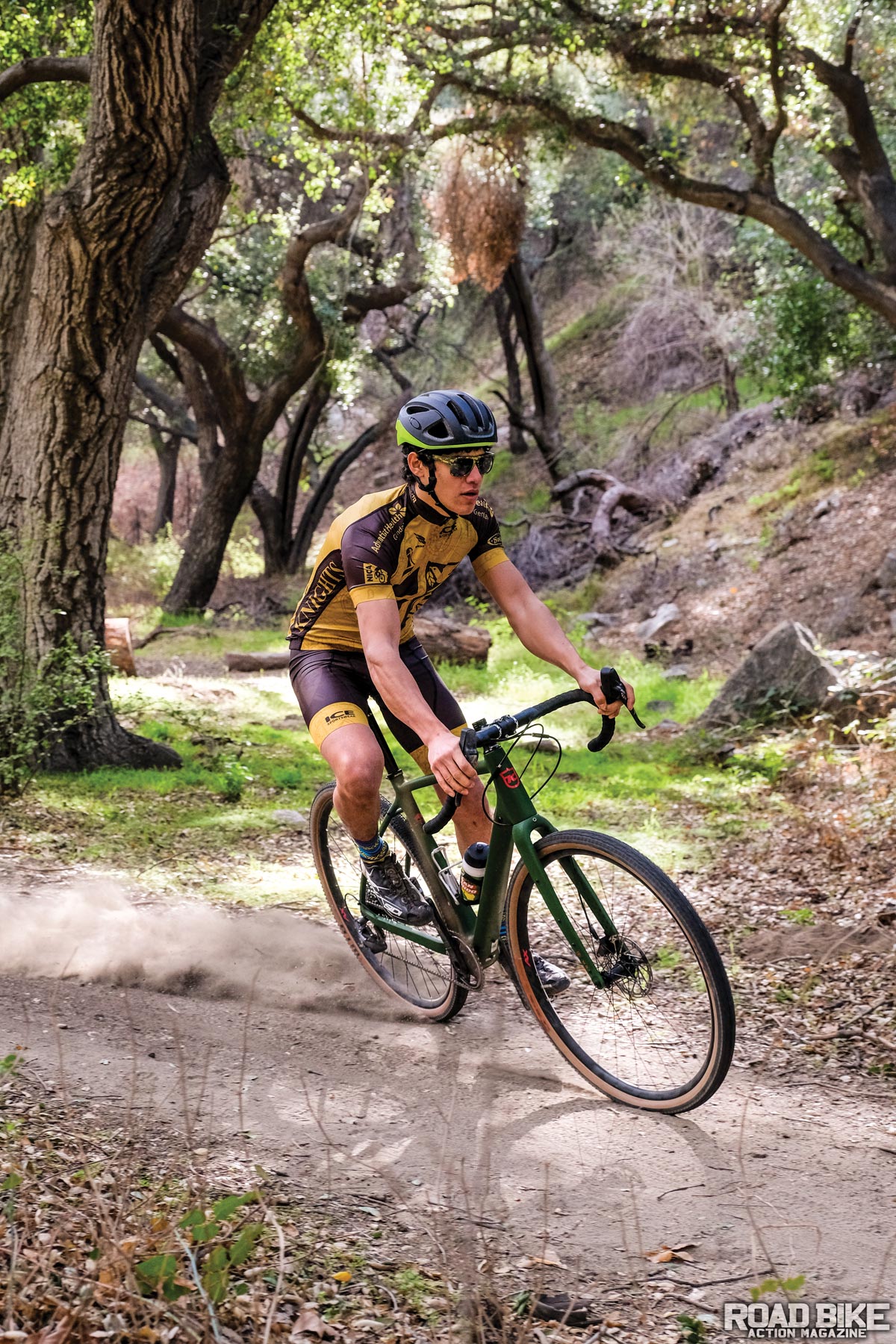 In addition to 12 miles of dirt, one of our favorite dual-purpose loops includes 24 miles of pavement, and this is where the WTB Riddler tires proved themselves. Yes, they’re still big and don’t roll like a 28mm slick, but the round profile and micro-sized knobs put up minimal protest while still offering good traction in the dirt.

And while the kids may be down with the modern mountain bike geometry trend (long top tube, short stem and wide handlebar), for some of us it still took some getting used to. We never disliked the leverage provided by the super-wide bars when descending, but they were awkward when climbing in the drops.

This is a gravel bike that makes no pretensions about what its core duty is—hard-core adventure riding. As much as the Libre came away with a shine no matter how much dirt we threw at it, we still came away impacted by the handlebars (too wide) and the gearing (too tall)

Kona also has a standard version Libre ($2999) that uses the same carbon frame but with a Shimano 105 2x drivetrain. In addition to the two carbon Libre models, Kona has a family of drop-bar adventure bikes in both steel and aluminum.