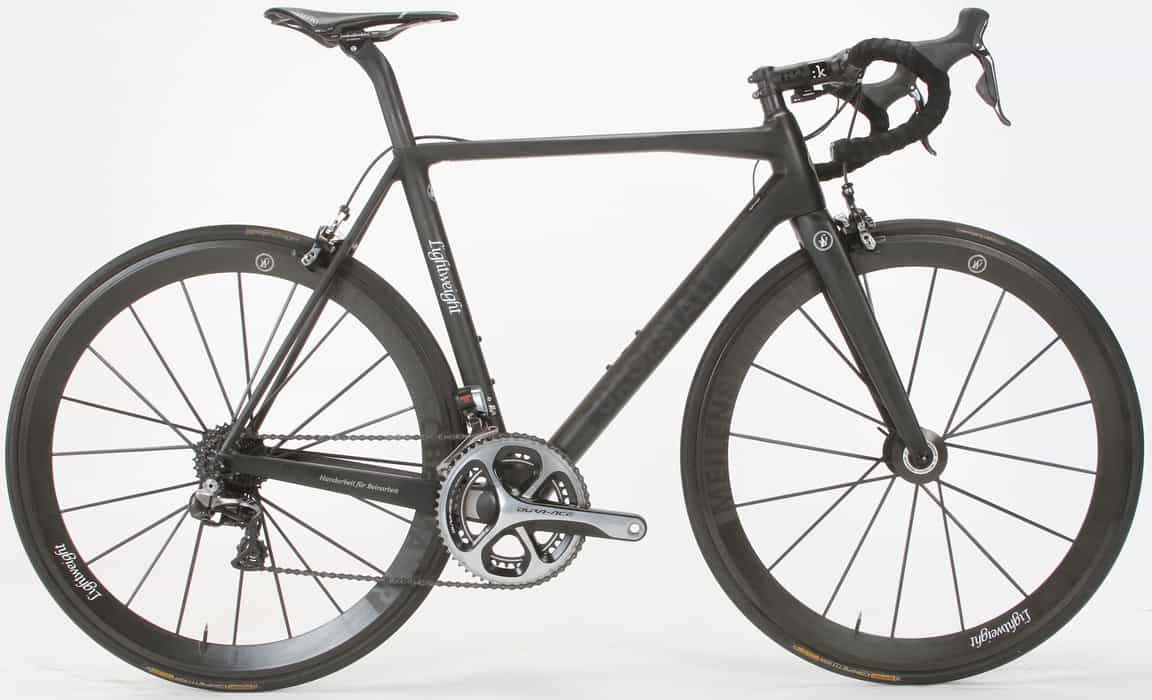 The Lightweight brand is synonymous with high-end, and at $6699 for the Urgestalt frameset, it’s one of the highest-priced produc- tion frames on the market. Unlike some of the wheels in Lightweight’s line, the Urgestalt is not hitting the leader board for lowest weight; in fact, its 790-gram (claimed) weight puts it about 100 grams more than Cervelo’s RCA and 80 grams more than the Cannondale SuperSix Evo Nano. Of course, it’s not exactly on the portly side, either. And although keeping weight down is always a priority, Lightweight told us it wasn’t their only priority. Rather, all-around ride quality was preferential over simply delivering the lightest frame.

THE BIKE
Aero tubes didn’t find their way into the Urgestalt’s potpourri of tube shapes that range from the top tube and downtube’s square profiles that go from square at the head tube junction and transition into rounded tubes by the time they intersect the seat tube. Brutishly large-diameter chainstays are used where they intersect the bottom bracket and taper down as they move toward the full-carbon dropouts. In an attempt to counteract some of the rigid frame features, Lightweight uses their own 27.2mm diameter seatpost that has a slight oval profile. The post will accommodate both Mono Link saddles and traditional rails. A nifty and effective seatpost-clamp mechanism is hidden away on the under side of the top tube, with only a 4mm hex head visible to the eye.

Like many other uber-elite bikes, the Urgestalt is produced in very small quantities, but rather than coming from one of Lightweight’s German facilities where their wheels are produced, it comes from an Asian manufacturer that builds frames for other brands too. That does not necessarily diminish its quality, but does take away some of the Euro- derived grandeur other bikes in this price category typically possess.

THE RIDE
We rode the Urgestalt with a complete Dura-Ace Di2 group, along with Lightweight’s Rennbugel handlebar and Meilenstein Obermayer Schwarz wheels. The full build was a breathtaking 13.2 pounds and had an equally breath- taking price tag in the $15,000 range. As phenomenal as it felt riding it uphill, we quickly swapped out the wheels to a heavier pair since they were so light that descending almost became a chore to keep the bike dedicated to holding a line through a corner. The Urgestalt became a much more all-around, fun-riding bike that was still lightning fast after the wheel swap.

Everything about the bike pointed to performance—from the relatively short 140mm head tube (54cm size) that put us in a low and aero position to the stiff front end and bottom bracket that’s on par with the top racing bikes available. The only knock against it was with the routing of the rear brake cable, which entered the frame from the side of the head tube and created such a tight bend when turning the handlebars to the left that it created a slight kink in the cable housing. Luckily, it didn’t seem to increase friction between the housing and inner wire. 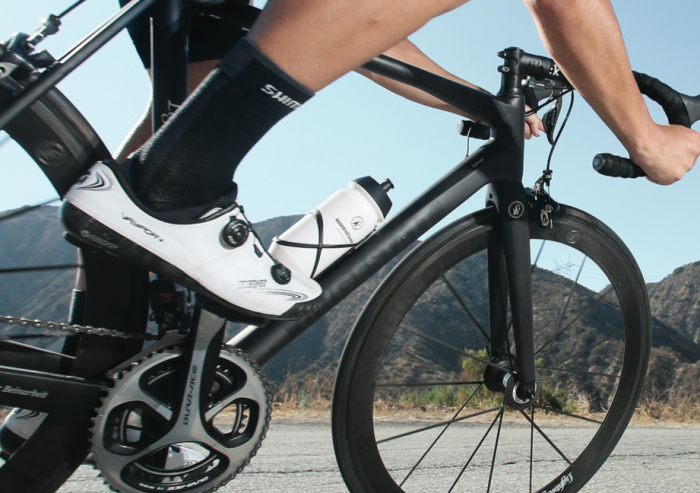 THE VERDICT
Other than the brake-cable-routing gripe, there was nothing to complain about from riders wanting a high-level race bike. The problem for the Urgestalt simply comes down to the fact that you’re having to pay a premium for the Lightweight name since there are a number of bikes priced a couple of thousand dollars less that could go toe to toe with its performance. When you put a price tag on a bike that competes with the elite of the elite, there better be something that truly distin- guishes it from the competition, and the Urgestalt lacks the knockout punch in any one area to justify its price tag.