Canadian character and purpose brings a dose of dirt-worthy readiness 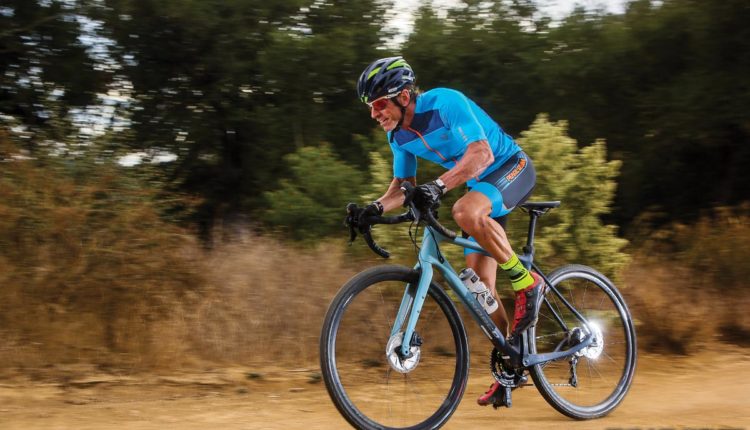 To say that the traditional road bike world has not been made more interesting with the inclusion of so many gravel bike designs would simply be untrue. Add to that list the arrival of so many traditional mountain bike brands bringing their version of off-road worthiness and things get even more interesting. And lastly, it’s worth
considering the import of the dirt world’s cultural attitude, often described as “laid back,” which can act as an amusing foil to the attitude most often associated with all things road (i.e., “uptight”).

And thus, we have the Norco Search XR gravel bike from the well-known Canadian mountain bike company that over the years has also dabbled in road bikes. Unlike many road brands that are coming to the gravel trenches by upsizing their cyclocross bikes, many mountain bike brands are finding their way to the gravel market by downsizing their fat-tire bikes. Our latest example of this would be the Norco Search XR.

Visually speaking, the two things that jump out quickly with the carbon frame is the long wheelbase that measured in at 102.6cm (compared to the Specialized Diverge, which measures 101.1cm in their size 56) and the radically shaped asymmetrical chainstays. Additionally, Norco has implemented their ARC Endurance (Applied Road Compliance) technology into their seatstays to help vertical compliance for a smoother ride.

With internal routing, you get a very clean finish for a bike that is bound to get dirty, which at times may be a shame because the blue-fade paint job is unique. Despite its sole impact being quirky marketing, we appreciate Norco’s sense of humor when it comes to naming their own “technology,” which actually provides tangible benefits. How about the NINJA mounts (Not Instantly Noticeable Junk Attachments), which are threaded inserts that can be used for adding fender mounts or panniers?  Owing to the rear disc brake, Norco rightly did away with a seatstay bridge but added their unique SASSY (Secret Attachable Seat Stay Yoke) for mounting a fender.

Proper gearing for gravel bikes remains an up-in-the-air proposition these days, with some bikes going with a 1x chainring while others still rely on a double. Norco opted for the latter with a Praxis Zayante 48/32T crank up front, which allows for plenty of gearing when the road tilts up. In the rear you’ll find a Shimano Ultegra 11-34T cassette and derailleur. Staying in the Shimano family, the Shimano Ultegra hydro brakes use a pair of 160mm rotors.

The legacy French Clement brand takes care of the tires and wheels, and Norco tooled 12mm thru-axles front and rear. Worth noting is that you need an Allen key to remove the wheels. The seatpost clamp is adorned with Norco’s own Das Boot rubber cover to help prevent any water or dirt from getting down in the frame.

Hopping on the Search and pedaling along, both the laid-back geometry and longer wheelbase are quickly evident. While riding through singletrack, the bike felt a bit larger while in the drops due to their flared bend. The Search really came to life on the rougher-descending sections as we rode with 25 psi in the tires to soften the ride so that we could push it around just a bit more.

One thing we noticed, though, was that we would frequently find ourselves in a bit of trouble on fast dirt descents. The big tires and stable handling increased our confidence level a bit too much. It was only after a few close calls with deep rain ruts that we were reminded of the bike’s limitations owing to our hands in the drops and not having any suspension. 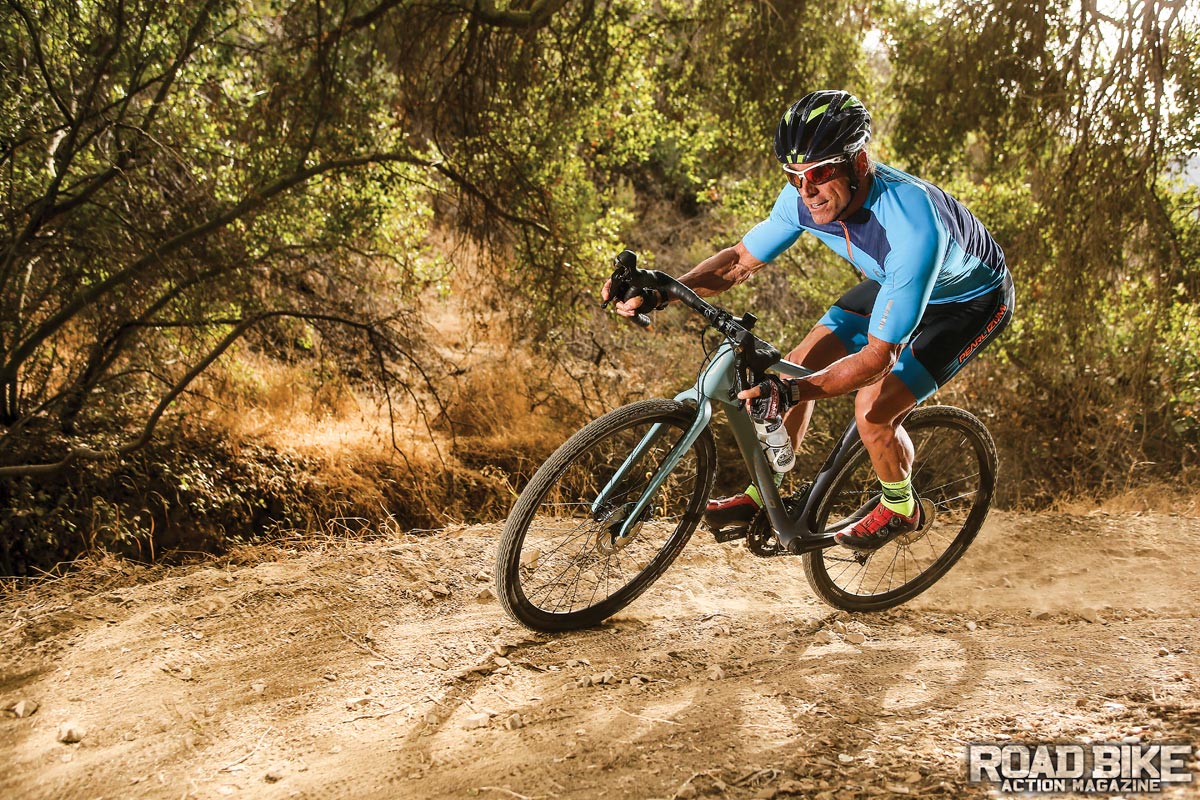 The Search climbed very well, and there was never a time when we were asking ourselves for more gearing. The tread pattern on the 40mm Clement X’Plor MSO tires allowed us to stay seated during steep climbs without
losing traction. As always, the Shimano hydraulic brakes worked fantastic and saved us on a few close calls while we were speeding down descents.

We like that Norco has created an entire family of Search XR bikes. In addition to the three carbon models, also includes three steel models, as well as framesets ($1999 and $899, respectively).

If you’re looking for a gravel bike to really push the limits and withstand real off-road abuse, the Norco Search XR is definitely a bike to consider. Whether you’re out for an epic adventure ride that requires bags and extra bottles or simply want to try your hand at your local gravel roads, the Search is designed to capably handle both.