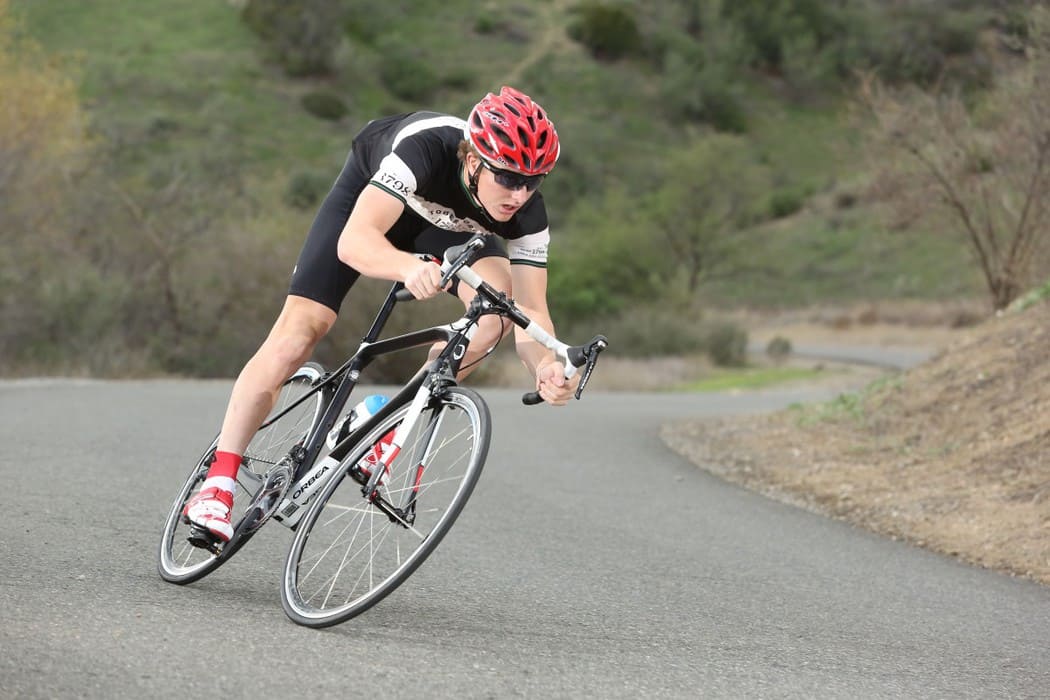 Following years on the ProTour as the bike sponsor for the Euskaltel-Euskadi team that included a gold-medal performance in the Olympic road race in Beijing, it’s safe to say that the Spanish bike brand knows a thing or two about designing and building performance road bikes. But two years ago the Euskaltel team dissolved, leaving Orbea without a pro team to bank any R&D time with. Bucking the universally embraced marketing shtick that “racing improves the breed,” Orbea took a gamble and went ahead and redesigned their performance line of road bikes sans a race team to fall back on. Did the gamble pay off?

THE FRAME
The new 2015 Orca features many upgrades that help deﬁne it as a modern bike. New carbon layups and tubing shapes are aimed to improve stiffness and shed weight. Orbea now produces the Orca in two different carbon materials and layups. The OMR (Orbea Monocoque Racing) carbon is designed with low weight and high stiffness as the ﬁrst priority with less of a regard for comfort. The OMP-level (Orbea Monocoque Performance) carbon is designed as a more comfortable material for the intermediate/novice riders. Orbea utilizes the OMR carbon on their highest-end builds, from the $6750 Orca M-Team to the $11,000 Orca M11. Orbea then takes advantage of their OMP carbon to give mid-budget riders a more comfortable ride being used in the $3000 Orca M30 to the $6800 Orca M12 range. Orbea may have been late to the internal cable routing party, but they have applied it perfectly. In attempts to reduce cable friction, Orbea created uninterrupted paths between housing stops to optimize shifting and braking performance. For those who have power meters, the Orca has two indents to sleekly house SRM or Quarq power meter magnets into the frame.

THE PARTS
The Orca M20 is stocked with a complete Shimano Ultegra 11-speed groupset (including brakes and crankset) for a spot-on mesh of price and component spec. We do ﬁnd it interesting that every model Orca is equipped with a compact crankset. the Vision T30 wheelset and FSA Energy cockpit help maintain the Orca’s high quality and low cost. A FSA SL-K seatpost and Prologo Scratch saddle top off the bike. THE RIDE
If Orbea’s mission was to create a better-performing version of the storied Orca, it appears that they have succeeded. Despite its gold-medal-winning legacy, the previous Orca was deﬁnitely showing its shelf life and in need of a facelift. While we can’t endorse Orbea’s claims regarding improved lab numbers on the frame (20 percent lighter, 24 percent more efﬁcient against torsional forces, and 20 percent more compliant), their pairing non-essential (gimmicky) frame features (as they related to the stiffness, weight and integrity of the frame) was obvious.

Efﬁciency is the name of the game with the M20. Every time we hopped on the bike it felt almost effortless to push the pedals. As the road heads down, the stiffness is tested once again and prevails through tight, twisty corners. The Vision T30 wheels support everything the frame requires of them. Stiff in sprints and corners, lightweight for accelerations and a small aero proﬁle to save you time and effort on the ﬂats—what’s not to like? VERDICT
At $3900, the Orbea doesn’t rate as a budget road bike (neither does the M30, which shares the same frame), but a good value isn’t always measured by price, and even at this price we’d say the Orbea M20 is a good value. Besides the impressive ride quality, by spec’ing a complete Ultegra kit, they chose not to risk sacriﬁcing quality components just to lower the price. The only thing that some riders wished was different was a standard crank spec to avoid spinning out at 42 mph. Other than that, we had no complaints.

Go to orbea.com to see all of their new bikes and technologies