Definitely not a one-trick pony 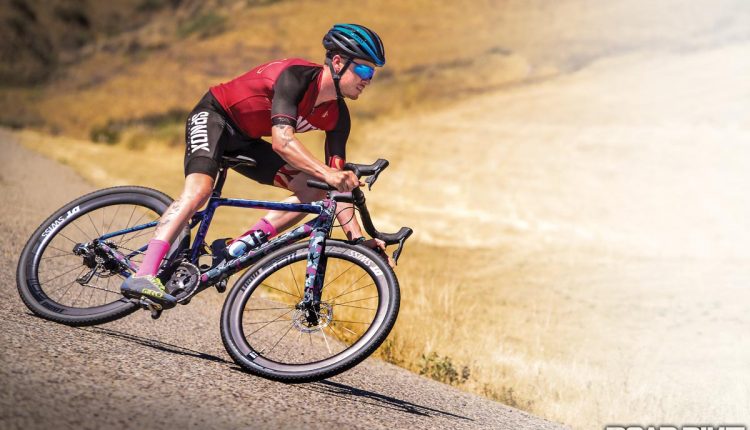 First things first, how about the custom paint job? Talk about a bike you almost don’t want to take off-road in fear of putting a scratch on it or even getting it dirty. Parlee offers custom paint for anyone looking to stand out on their local group ride, and as our test bike illustrated, they definitely know their way around a paint booth.

The frame geometry and Parlee’s Flex Fit top cap system, which provides a stack adjustment of up to 2.5cm, aren’t ordinary, especially on a gravel bike. Tire clearance is always one of the first details we look for on any bike claiming gravel origins, and the Parlee didn’t disappoint, as there is clearance for up to a 40mm tire, which gives you plenty of tires to choose from. 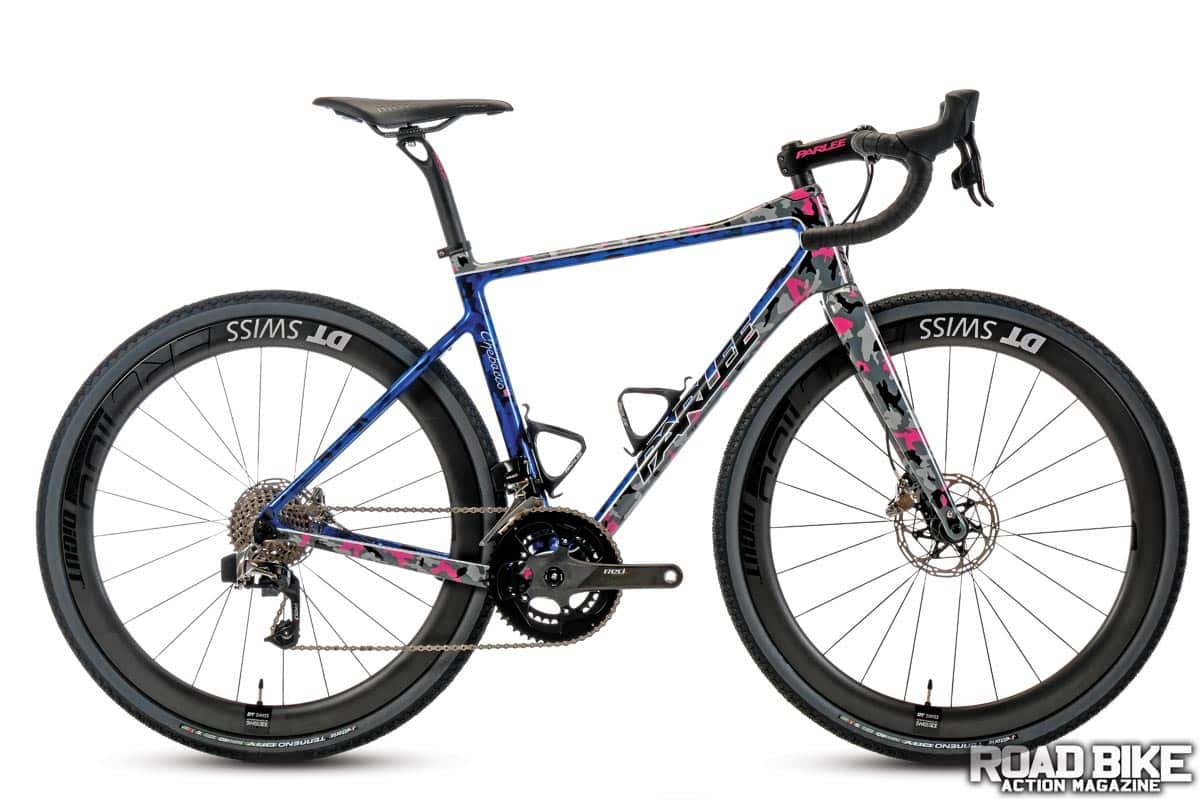 Parlee has chosen the current standard of 12mm thru axles, front and rear. All of the cables are internally run to provide a clean look. Owing to the wireless SRAM eTap drivetrain, there were even fewer cables being routed, but the cable ports are there if you need them.

The bottom bracket drop sits at 70mm, which feels similar to a road bike, but the 102.4cm wheelbase is definitely on the long side. The numbers combine to give the Chebacco a familiar feel that is close to the road but still capable for multi-surface terrain.

Our Parlee came with a complete SRAM Red eTap build kit. The removable and swappable batteries make a strong case for ease of use, though its shifting response is slower than the Shimano Di2. Parlee takes care of the majority of the build with their own carbon parts, including the stem, bars and seatpost. Carbon bottle cages can be a bad choice when riding rough gravel terrain, but Parlee has some of the tightest-grabbing carbon cages that we have ever used and we never once lost a bottle.

Once up to speed, the 47mm-deep DT Swiss wheels moved particularly well on the paved sections of our test rides.

Our first impression after hopping on the Chebacco LE was how similar the feel was to a road bike and not so much to a slacked-out dual-purpose bike. The head angle measures at 71.75 degrees, and you typically will see 73 degrees on a road bike, so it isn’t far off.

We rode this Chebacco LE with two very different tire setups, as it originally came with 40mm Vittoria Terreno Dry tires with a decent tread pattern. With these large tires we were quite at home whenever we chose to go off-road, and along with the stiff frame, the tire’s ability to hook up in the dirt helped the bike hold its line at speed.

Owing to the bike’s road-friendly geometry, we also wanted to see how it would handle with a smaller tire on it. We chose a pair of 30mm Mavic Ksyrium Allroad tires that are primarily smooth with small grooves on the outside. This tire completely changed the ride character of the Chebacco and brought it more in line with the feel and ride of a traditional road bike.

To really put it to the test, we used this bike for the Belgian Waffle Ride, which consists of 132 miles with 40 miles of dirt. We didn’t feel as we were at any disadvantage on the road, as the bike feels light and responsive, and we had confidence once we hit the dirt. The event is always a mystery as to proper bike setup since riders will choose either a full road bike or a full gravel bike. We felt the Chebacco LE was that perfect in between since it is more similar to the geometry that you will find on the road, but we never second-guessed ourselves as we barreled down the tough, rugged, rocky terrain.

If you are used to a more slacked-out gravel bike, the Chebacco LE does take a little to get accustomed to. Once you’re on the dirt the more aggressive geometry stands out. Once adjusted, though, it is fast and nimble but still holds up to the test of off-road surfaces.

With the industry having so many bike options to choose from these days, we believe the future for confused consumers may lie in a bike that can capably handle all types of riding. The dilemma is finding a bike that best balances the needs of road and gravel without giving up too much for either terrain. Out of the gravel bikes that we have tested, the Parlee seems to fill the gap the best by being a hybrid that can give you everything you need in a road bike, but with a quick swap of some tires, it’s just as capable off-road and up for everything you throw at it. 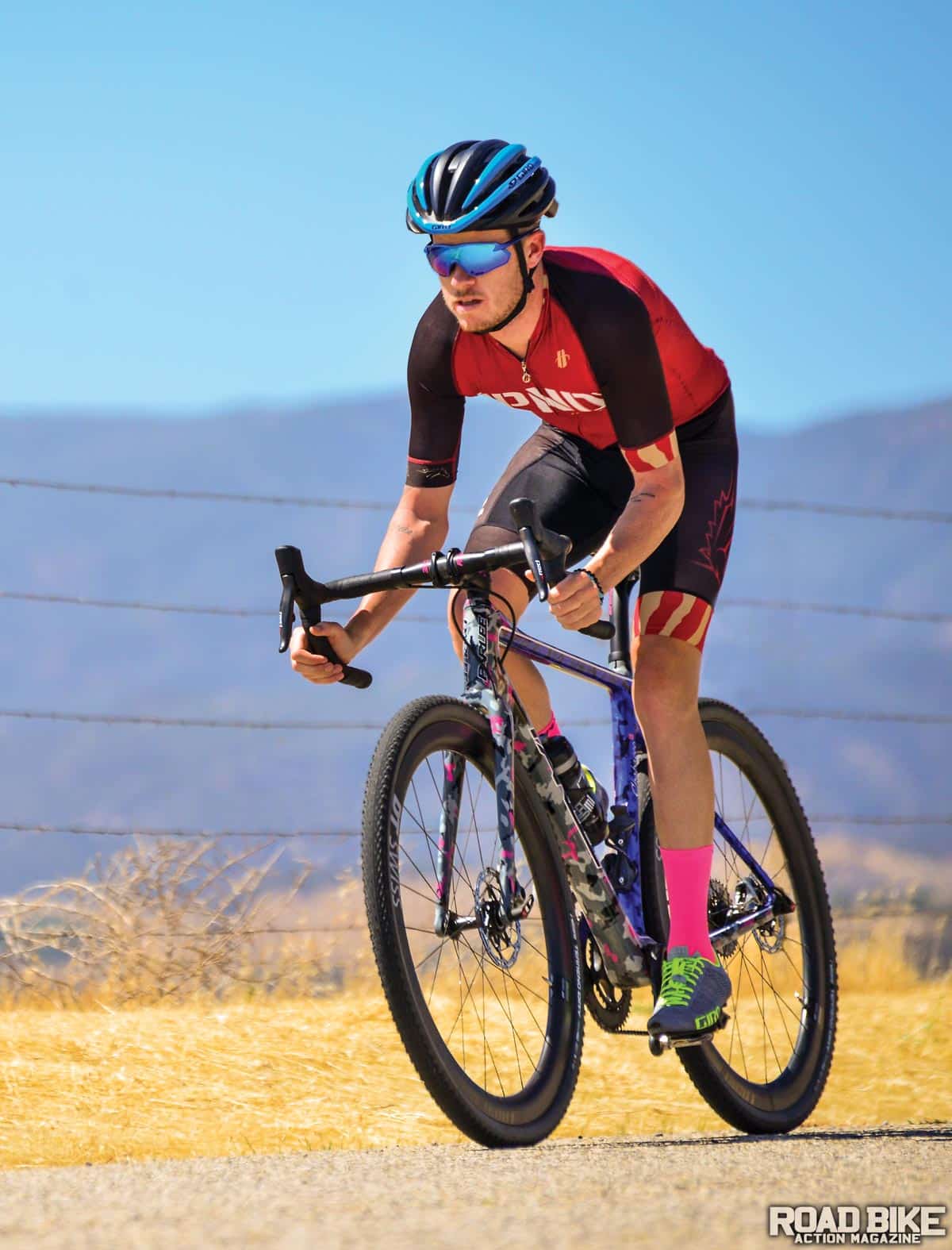 Of course, it doesn’t hurt that the custom paint job on our test bike is one of the most beautifully rendered that we have seen. It was always a conversation starter wherever we rode it. With decades of carbon frame-building experience in his back pocket, Bob Parlee’s renown is well-earned. With the Chebacco LE, he just may have found the winning ticket in the quick-moving segment of dual-purpose bikes where he didn’t just design a good-looking gravel bike but a bike that can truly do it all.