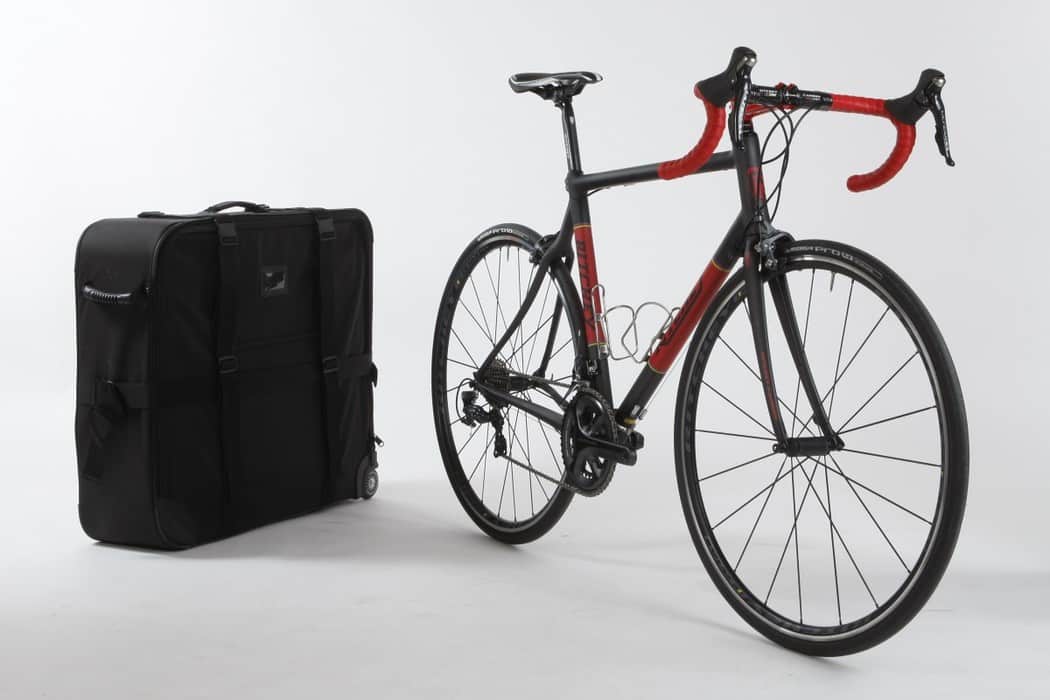 Being both a legendary bike and component designer, and an avid pilot, it would make sense that Tom Ritchey would have something to say about how to engineer a bike that could easily be stowed away on his private plane. Tom being Tom, of course, he saw how other “folders” had been built and then set about to do his differently and, in classic Ritchey tradition, more minimally.

As luck would have it, just days before we were preparing to head off to Hawaii, a Ritchey Break-Away carbon bike showed up at the office to save us hundreds of dollars in airline baggage fees. Thanks, Tom Ritchey! The carbon Break-Away travel bike joins Ritchey’s steel and titanium/carbon versions that use a single compression coupling at the downtube and a male/female fitting between the top tube and seat tube to join the two halves of the bike together. Threaded connectors on the derailleur and rear brake cables allow quick connection (or disconnection) so that the front triangle can become completely detached from the rear triangle, and the entire bike can be packed up in the included travel bag (9 x 26 x 29 inches). The travel case itself includes all the necessary packing materials to keep the bike protected and has a handle and two wheels for easy transport. 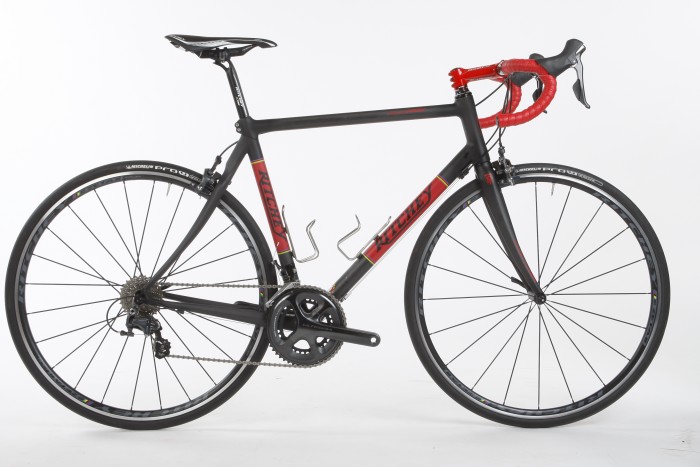 WHAT DO YOU GET?
Ritchey sells the Break-Away carbon as a frameset for $2995, which includes the travel case. Their Break-Away steel sells for $1495, while the titanium/carbon model sells for $2995. We had spent a little time on a Break-Away steel last year during a trip to Europe, and after a couple of rides and not shelling out an additional $300 round trip for airline bike fees, we were sold on the benefits of the Break-Away. Once Ritchey announced the carbon version, we were quick to get in line for one to review.

We were initially skeptical about using a carbon frame as a frequent flier, knowing what the bike case goes through with the airlines. But once it arrived, it was clearly not just an over-sized, thin-tube-molded carbon frame. Comparatively small-diameter carbon tubes were used that are thick and designed to resist impact rather than just trying to maximize high stiffness and low weight. 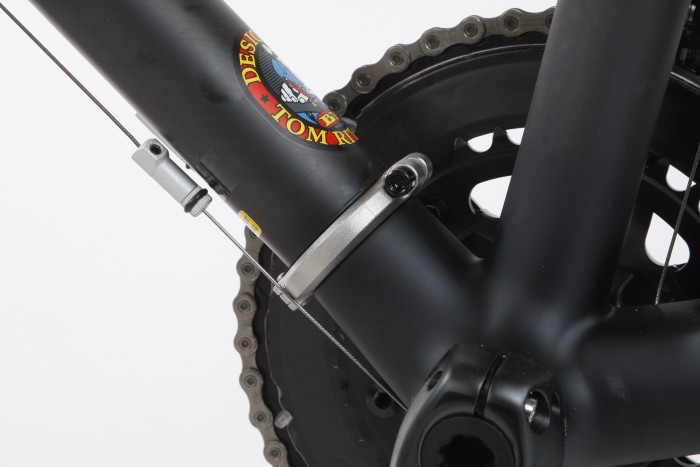 BUILDING OUR BREAK-AWAY
For the build, we went with a complete Shimano Ultegra group, along with an assortment of Ritchey parts that included WCS models of the Zeta II aluminum wheels, Monolink seatpost and saddle, C260 stem and carbon Curve handlebar. Wanting a robust yet lightweight tire, we went with a pair of 25mm Michelin Pro4 Endurance. Although they ended up being some of the widest 25mm tires we’ve seen, luckily the Break-Away still had ample tire clearance for up to a 28mm tire. The final piece of the build was the King stainless steel water bottle cages that matched the look of the frame’s small-diameter tubes and held bottles like their lives depended on it. In all, the Break-Away weighed 16.5 pounds ready to go.

After building, then subsequently breaking down, the bike a couple of times to familiarize ourselves with the process, we decreased the time from 40 minutes the first go-around down to less than 20 minutes (it does come with step-by-step instructions). Even though Ritchey made the Break-Away’s case to be as small as possible in order to avoid over-sized baggage fees, we still had room to fit cycling clothes, shoes and casual clothing into the nooks and crannies. In fact, we were able to stuff so much into the bike case that a carry-on backpack was the only other luggage we needed. Rolling the Break-Away up to the flight check-in, we weren’t quite sure if we would get dinged for a bike fee, but the ticket agent never blinked an eye. 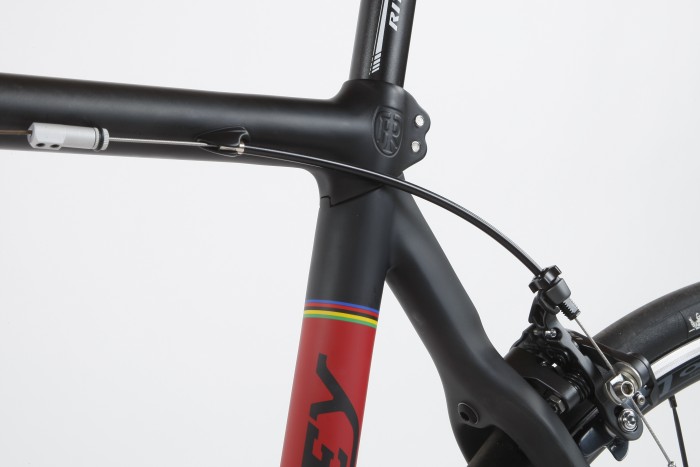 TESTING HAWAIIAN-STYLE
Over the course of six days of riding in Hawaii, we logged 400 miles with 33,000 feet of climbing on every type of terrain imaginable. At 16.5 pounds it’s not stunningly light, but considering its versatility as a travel bike (and all the money it can save you), it would be silly to complain about that. The Break-Away rode just as any bike would, and there was nothing about its design that had a huge negative impact on performance. In fact, it was a comfortable ride that did well to mute some of the rougher sections of the island roads. In the stiffness department, the frame’s small-diameter round tubes are overwhelmed with super-hard efforts, but for the vast majority of the riding we did, including the 25-percent pitches out of Waipio Valley and the 45-mph descent into Hawaii Volcanoes National Park, the folding bike was completely up to the task. 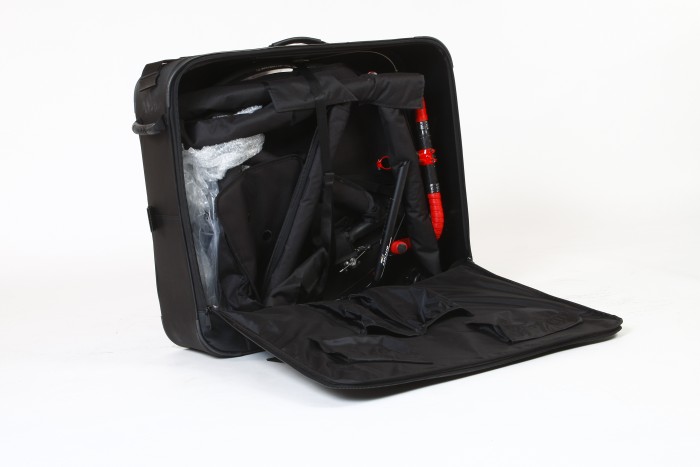 After just one trip with the Break-Away, we were already on our way to recouping the cost of the frameset. Ten trips without paying a bike fee and you break even, or if you don’t mind another pound or so in weight, the Break-Away steel is half the price at $1500 for the frameset. It’s like going from driving a Chevy Suburban to a Volkswagen Jetta TDI with gas at $4 a gallon; give it time and it will pay for itself.

Visit ritcheylogic.com to see all of Ritchey’s bikes, components and accessories

Go Inside The Peloton With Team Sky’s Ian Boswell