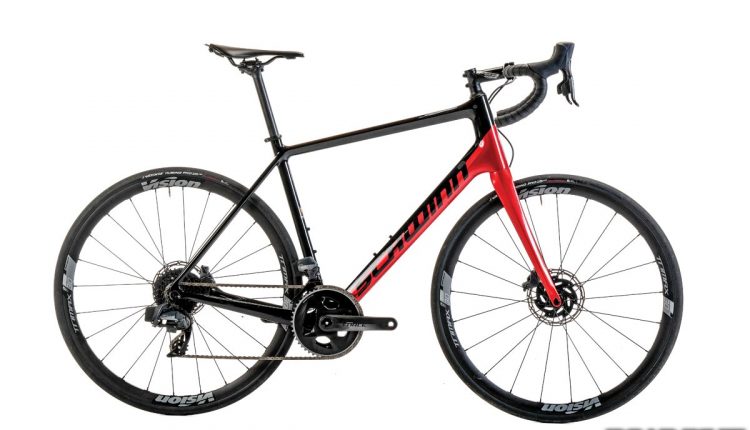 Schwinn re-rolls out the Paramount name

As most of us know, the Schwinn brand itself has never been known as a brand bred for competitive cycling, but that’s not because Ignaz Schwinn or his descendants had an aversion to racing. In fact, Schwinn has always had their hat in the game; it’s just that it went by another name—Paramount.

Since it was first introduced back in 1938, the Paramount brand has acted as Schwinn’s performance breed, and throughout the decades, numerous great riders have left their mark on the result sheets aboard a Paramount.

As the Chicago-based Schwinn company did its best to confront the hurdles of the modern cycling era, they faltered on numerous occasions. With each misstep, the Paramount name would get shelved, only to get dusted off when someone would recognize the brand’s legacy and see in it a chance for market resurrection.

It was at this year’s Sea Otter Classic that we were reintroduced to the latest launch of the Paramount line. The modern Schwinn Paramount is nothing like the bikes of the past. In the place of outright performance, value is the new ideal.

With the Paramount, Schwinn turned away from its historic use of steel tubes and opted instead for what they call N Litened Black Label carbon. The front triangle and rear bits are bonded together for a semi-monocoque design. Schwinn claims a size-medium unpainted frame weighs under 1000 grams. The paint, however, is one of our favorite aspects of the bike, with the red and black gloss able to catch the light just right for a subtle pop of color in a peloton that’s sadly overpopulated with matte black bikes. 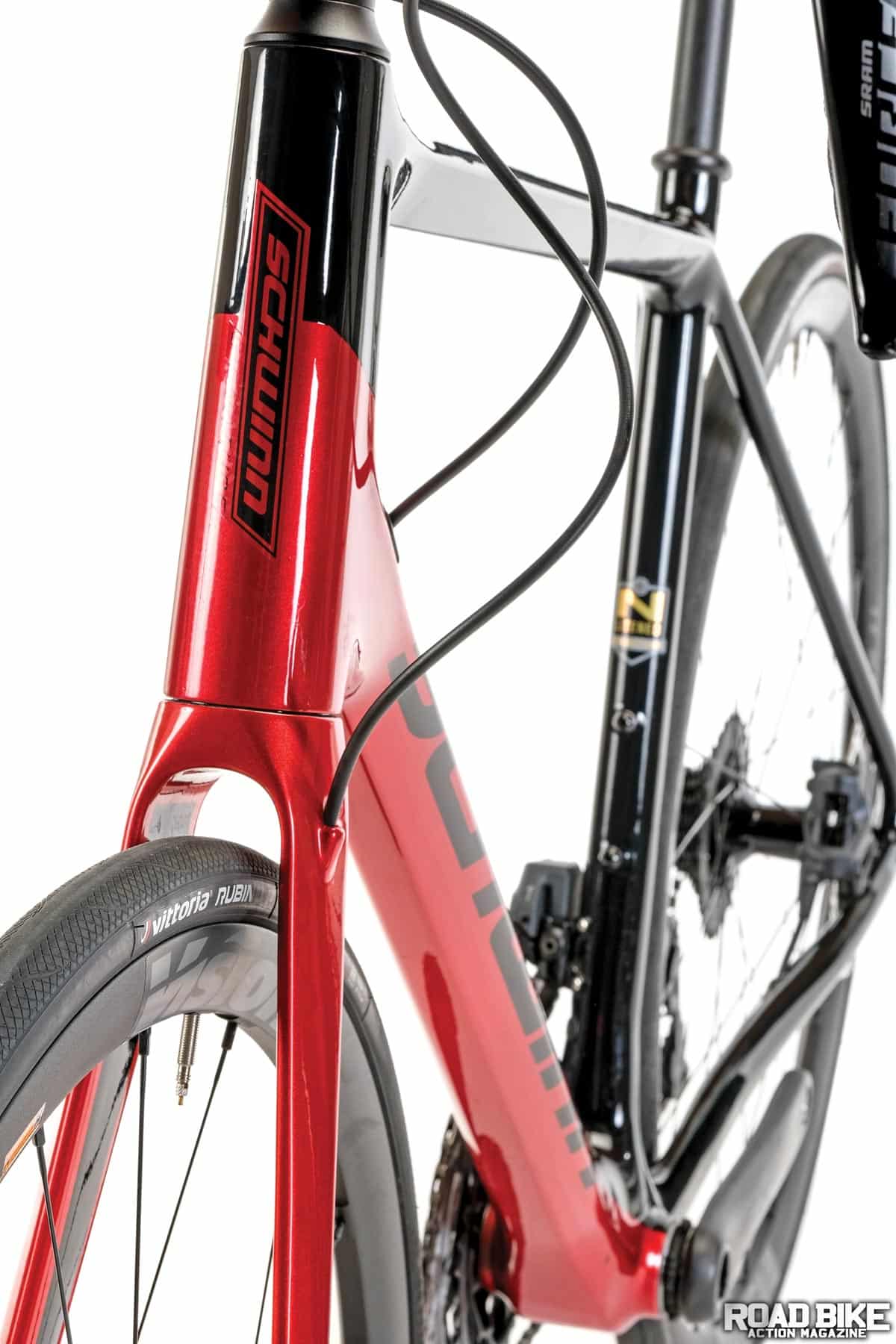 The Paramount’s endurance-oriented geometry is designed around a tall 20.25cm head tube and a long 102.6cm wheelbase. The extra-long head tube keeps the handlebars high for a relaxed upright riding position, while the wheelbase adds predictable handling for confidence at top speeds.

As for modern upgrades, the frame and fork can clear up to a 32mm tire, and internal cable routing is customizable for traditional or electronic shifting systems. Flat-mount disc brakes are the only option for stopping, and hidden-handle thru-axles are used for easy tire changes or quick wheel swaps.

Thanks to the latest 12-speed AXS drivetrain from SRAM, this is where the proposition of a Schwinn frame begins to seem reasonable. That’s right, you get the classic Schwinn name and SRAM Force AXS eTap. Up front, 48/35 chainrings work with the 12-speed 10-33 cassette for a wide range of gears with five 1-tooth jumps between the 10-tooth and 15-tooth gears. Wireless shifting calls for paddles instead of shifters on the lever, so only the two hydraulic brake lines clutter the front end.

The 160mm rotors provide quick and powerful stopping in nearly any situation. SRAM’s brake levers maintain their slim design. The hoods have been trimmed down a bit but are still larger than their mechanical counterparts.

Vision Trimax alloy rims are laced with steel-bladed spokes to Vision’s centerlock hubs with sealed cartridge bearings. The rims have a double-wall design for added durability and are 30mm deep for minuscule aero gains. The rear hub has a high amount of engagement to respond when it’s called upon. On the rubber side, 28mm Vittoria’s Rubino Pros are installed with tubes, but all you need is a couple of valves and a bottle of sealant for a tubeless install.

We draw on a wide range of riders—from crit racers to Gran Fondo lovers to weekday commuters—to consult on our rides, and they nearly all had the same thoughts when it came to the ride quality of the Paramount. The massive head tube creates an upright riding position for relatively relaxed lower back muscles and minimal neck strain when in the drops.

When it comes to power transfer and quick cornering, the Paramount shows weakness. There is noticeable flex in the bottom bracket and rear end, which makes the bike feel sluggish when pedaling out of the saddle. While it is disappointing, the same qualities that increase flex in the Paramount seem to add compliance. The 43cm-long seatstays damp road vibrations for minimal road chatter. Quick cornering is also lacking on the Paramount. The long wheelbase pulls the bike up as you lean it over in tight corners.

When you factor in that the SRAM Force AXS eTap groupset alone is valued at $2678, for the money, the Schwinn Paramount delivers a really good value. While the Paramount name may not be as current with today’s cyclists (aka “the kids”) as it once was, the endurance-oriented geometry, predictable handling and contemporary components make it a bike worth looking at by young and old.

• SRAM AXS eTap at a value