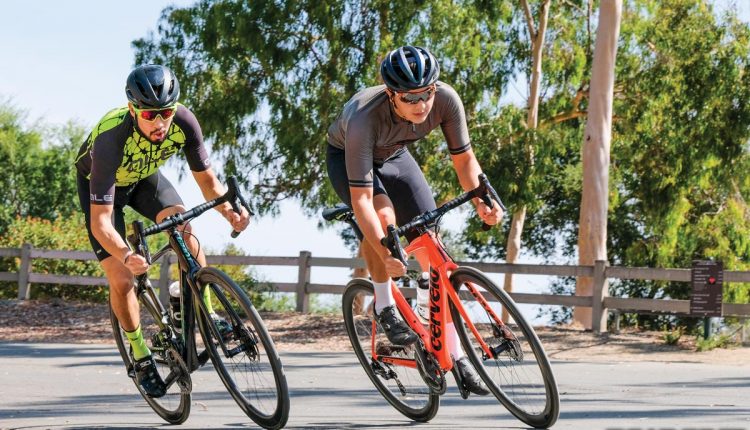 In taking a closer look at the Cervelo frame, it goes without saying that what was once cutting-edge still remains effective. Of course, an inescapable side note is that the R3 design was originally penned by the same Gerard Vroomen, who has since moved on to co-create some of the industry’s more notable aero and gravel bike designs under the auspices of his 3T and Open Cycle (page 36).

It’s nice to see the R3 retain Cervelo’s signature Squoval tube shapes. The downtube especially is of gargantuan size, and to help draw all the tubes together is Cervelo’s own oversized BBRight bottom bracket. And no, your eyes are not playing tricks on you when you look at the bottle mount on the seat tube, as it appears slightly offset to the tube’s center line. One other feature worth mentioning, in a refreshing step from the norm, our test bike was not black (although it is an optional color.)

“What you won’t find here are any pie-pan-sized cassettes, clearance for big knobby tires, a compact crank or even dropped seatstays. Hallelujah!”

If you’re in the mood to try some oversized slick tires, you should be aware that both the R3 and the TCR only have clearance for up to a 28mm tire in the rear. One thing that stood out was the thick, rubber chainstay protector, which we haven’t seen used on a road bike in, well, maybe forever?! Our 54cm test bike had a 98.1cm wheelbase.

In case you were wondering what’s different between the R3 and the higher-priced R5, the latter uses a higher grade of carbon and is claimed to be just under 100 grams lighter.

The Advanced-level carbon fiber monocoque frame features Giant’s Compact Road geometry, which is designed to increase both lateral rigidity and compliance. This is done by sloping the top tube downward towards the seatstays and utilizing Giant’s OverDrive tapered head tube which uses a 1-1/2 to 1-1/4. When combined, these features effectively reduce the overall size of the front and rear triangles, stiffening the frame but also making it susceptible to vibrations. To help counter this, Giant relies on the tapered seatstays for added compliance.

Giant was one of the first manufacturers to resort to the small, medium, and large frame-size format. While those designations can be vague, our size medium is equivalent to a size 54cm frame.

The TCR Pro 0 frame features a diamond-shaped downtube, as well as a cutaway seat tube to allow for a shorter 97.5cm wheelbase, with the rear wheel positioned closer towards the center of the bike. The 40.5 chainstays are asymmetrical, with the drive side being razor-straight and narrower yet taller in profile than the non-drive side. The increased height is designed to enhance vertical stiffness, enabling the drive side to better transfer torque from the drivetrain. The non-drive side chainstay bows outward and is quite round to accommodate disc brakes.

A Shimano Ultegra Di2 drivetrain and brake combo handles the R3’s component needs. To best ensure the optimum performance aspects of the R3’s road purpose, Cervelo spec’d the bike with 52/36 chainrings mated to an 11-28 cassette.

Unlike the covered seatpost wedge used on the TCR, for absolute ease of operation and simplicity we were happy to find a good old-fashioned seatpost binder that made saddle height adjustments fast and trouble-free. The same, however, cannot be said of Cervelo’s use of the RAT thru-axles. While the intentions for the complex open/closed mechanism are good, the locking and adjusting feature just makes an inherently simple process not so simple.

The 38mm-deep Novatech carbon rims have an 18.3mm internal width. For traction a pair of 25mm Conti GP 4000 tires are mounted. Cervelo uses a self branded two-piece alloy cockpit.

The Pro 0 is built with a SRAM Force eTap AXS group. The SRAM 48/35 chainrings, which includes a power meter and is complemented by a 12-speed 10-28 cassette.

Giant’s SLR 42mm carbon wheelset is tubeless-ready, but has a narrow and now fairly outdated 17mm internal rim width. A pair of 25mm tubeless-ready Giant Gavia tires are mounted with tubes, but includes everything to
go tubeless

The other parts are manufactured by Giant, including the Contact SL saddle, alloy Contact stem and bar, and the Air foil-shaped Variant carbon seatpost.

Cervelo engineered a significant combination of comfort and performance with the R3. It performs like a race bike but has the compliance of an endurance frame. Don’t be confused, the R3 is stiff and performs at the top level.

Descending with the disc brakes allowed us to stay confident at high speeds. The R3 handled predictably and cornering is a point-and-shoot process, as the R3 likes to hold its line.

Owing to the oversized Squoval tubing, the R3’s power transfer is ace high and we could feel the effect of each pedal stroke as the R3 got up to speed efficiently. As a race bike should the gearing is speed focused. While we appreciate the big gears, on our local climbs the 36 chainring and 28-tooth cassette left us straining.

“As carried away as we have become with gravel bikes and all the new technology that they have brought, we are still fans of fast, light and efficient road bikes.”

It doesn’t take more than a few rides to realize that the TCR was meant to be a race bike. The Pro 0 is designed for riders who want the attributes of a performance-oriented frame bundled with the value brought by the in-house parts, but also with the added value of the SRAM power meter.

We noticed the responsiveness and attributes of the compact geometry right away. Our test riders happily noted the TCR’s stiffness, predictability and responsiveness during hard efforts. The SRAM Force AXS performed at the highest level in stressful conditions. We didn’t come away as the biggest fans of the tires. As such, high-speed cornering with the TCR was a bit twitchy at times and took some getting used to.

Like the R3, the TCR is geared for speed. The 10-28 cassette paired to the 48/35 chainrings require a bit less effort than the R3 on the hills. Thanks to the 12-speed AXS gruppo, we enjoyed the wider gear range the Giant offers throughout the range.

Giant’s SLR wheelset felt outdated. While the rims are tubeless-ready, which gives it an edge on the R3, the rim width would improve tire fit and performance if it was widened up.

Despite the rampant segmentation that is inherent in the cycling market, some bikes are really meant to perform better for certain riders and certain types of riding. Sure, while the R3 and TCR can be used for any type of riding, owing to their tall gearing and limits on tire size, they are really meant for mixing it up at the front of a local road race or fast group ride.

For us, the R3’s $6500 price seems a tad tall for a bike spec’d with a Shimano Ultegra Di2 drivetrain and a wheelset, which proved capable but lacks the panache of more familiar top-level brands.

Our R3 was the highest-end model of the four complete bikes available. You can choose between a Shimano Ultegra Di2 or mechanical drivetrain, and either rim or disc brakes through the line. Complete bikes start at $3700, and framesets sell for $3000. And yes, as you might imagine, there is a second colorway—black.

The TCR best checks the value box for us. The ready-to-race carbon frame, SRAM 12-speed drivetrain and power meter set it apart as a tool for speed, from the brightly colored R3. While the narrow Giant SLR rims hinder performance, they’re tubeless-ready and can always be upgraded to a more modern selection.

As carried away as we have become with gravel bikes and all the new technology that they have brought, we are still fans of fast, light and efficient road bikes. Both of these bikes fit that bill.

Still, as the road world has come to embrace the performance gains found with bigger tires (28s are the new 25s!), clearance for up to a 30mm tire would be a big draw. That would likely necessitate a new frame, which would likely take away from the very ride characteristics that make both bikes shine—such remain the pitfalls of progress.

• 2010 called and they want their wheels back 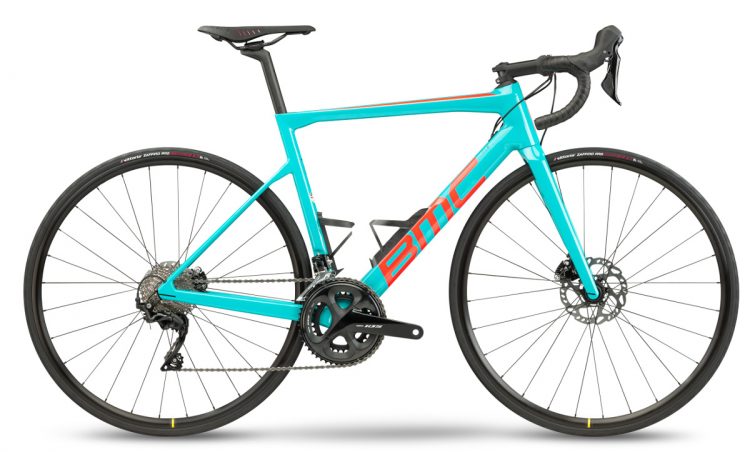 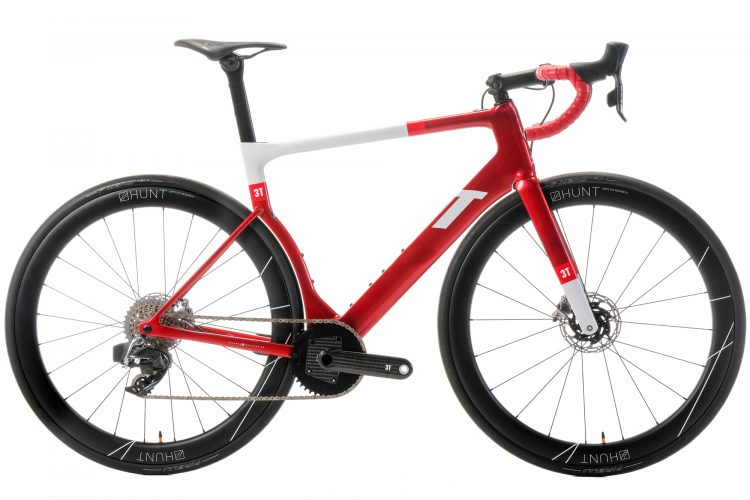 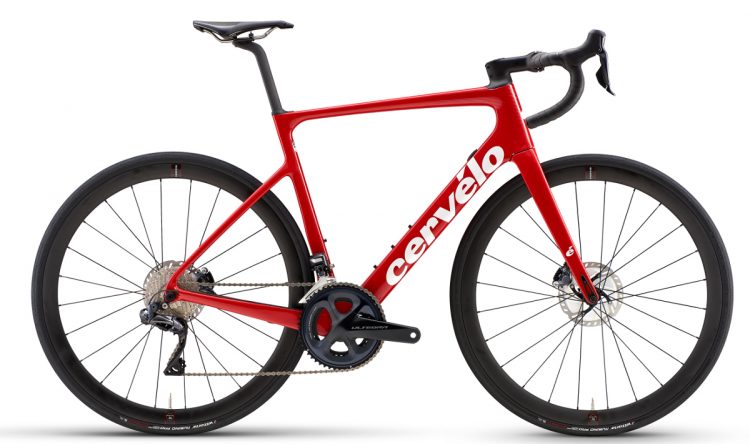 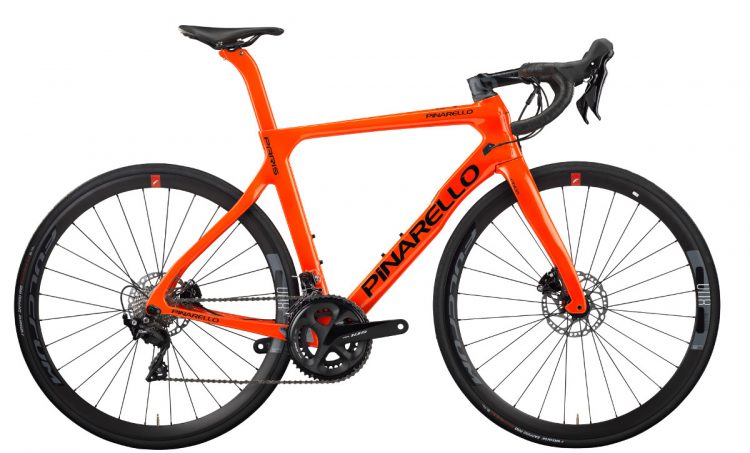 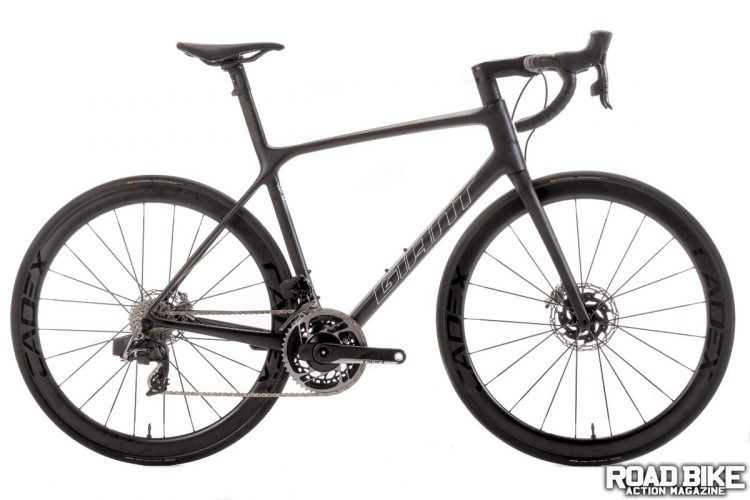