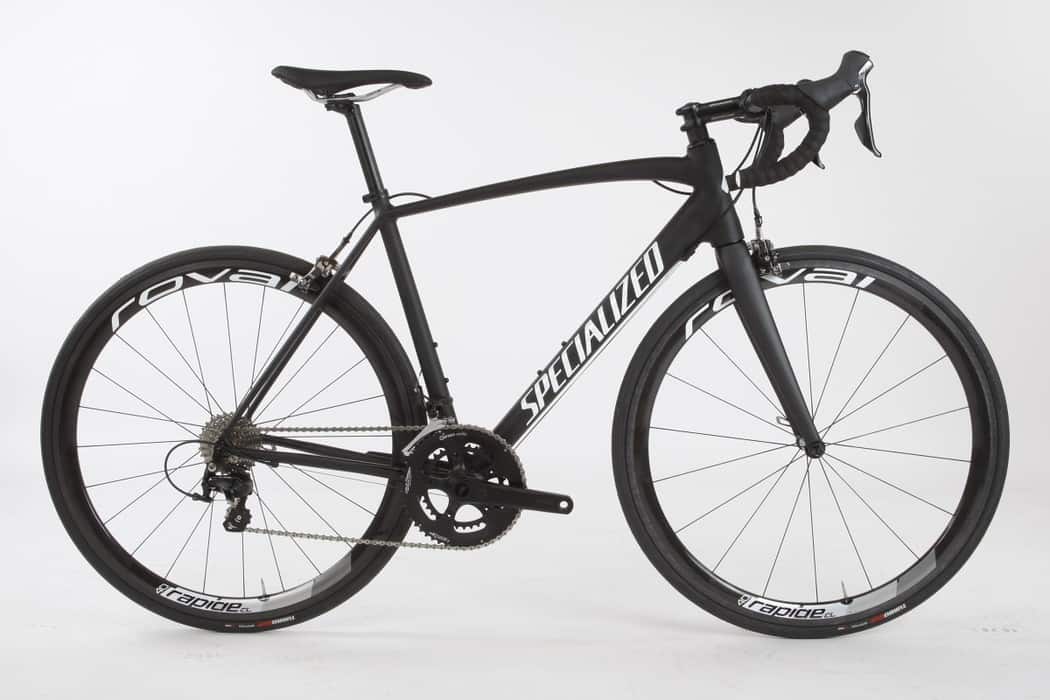 There’s no doubt that as the bike industry has gone mad for all things carbon ﬁber in the last decade, the popularity of more traditional materials has fallen by the wayside. As carbon ﬁber frames became more popular and less expensive, few bike brands were willing to invest in any frame design that called for metallic-like tubes. Aluminum, steel and titanium technology all failed to keep up with the excitement that carbon ﬁber bikes brought to the market. Luckily, a few brands persisted, with Cannondale probably being the most notable with their CAAD10 frame. Never one to sit back and watch others get a heads-up in new product hype, last year Specialized debuted their own line of revamped aluminum frames that relied on their proprietary Smartweld fabrication.

THE FRAME
Over the years, Specialized has been known to arouse industry ire by plucking talent from other brands to help bolster their own. In the case of the Allez’s development, we can all cheer Specialized’s hiring gusto, because long ago they brought on Chris D’Aluisio (formerly of Cannondale) and Chuck Teixeira (formerly of Easton). Both with racing backgrounds to back up their material knowledge, Chris and Chuck were easily two of the sharpest guys in the industry. In addition to a variety of other bikes in the Specialized barn (as well as helping develop the in-house wind tunnel), they were also the brains behind the development of the brand’s new-age aluminum technology. 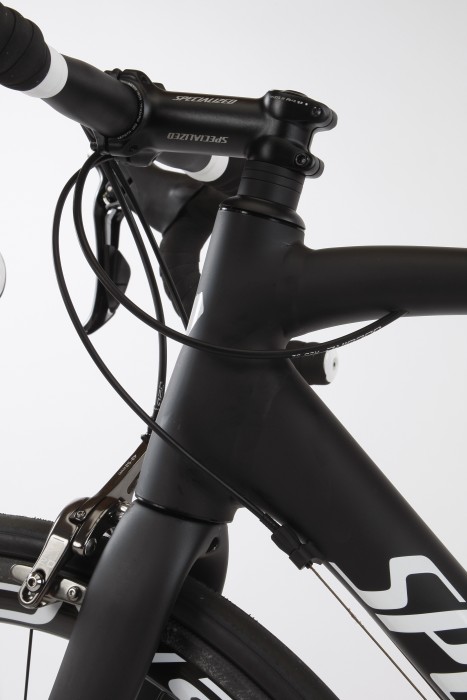 When the Smartweld technology was ﬁrst released in 2013, the Allez family was the only one fortunate to hold the new technology. Specialized has now trickled down the Smartweld technology to their Diverge gravel bike line and their women’s Dolce road bike line. Since the Allez acts as the ﬂagship to Specialized’s aluminum advances, it is only ﬁtting to continuously broaden the range of Allez Smartweld bikes available to meet all cyclists’ needs. Specialized decided to make a truly race-worthy bike in a budget for the penny-pinching athlete.

THE PARTS
The Allez Comp aspires to be the budget road bike that ﬁ ts many riders’ requirements—from the recreational rider to the weekend racer. For the same price as the Allez Comp ($2900), you can acquire a low-end carbon ﬁber frame equipped with a Shimano 105 11-speed group, basic components and simple, aluminum clincher wheels. The Specialized Allez Comp is still packaged with a 105 11-speed group, but the major advantages are the race-ready Roval CL40 carbon clincher wheels. Can we just say that the ongoing debate about riding with carbon wheels is over? Whether it is their light weight, lower rolling resistance, less aerodynamic drag or smoother ride, these carbon wheels are far superior to any basic aluminum clincher. And for quality carbon clincher wheels like these to come stock on a sub-three-grand bike is uncommon to say the least.

Unfortunately, to make the cost of the wheels work with the $2900 price tag, there had to be some give and take somewhere. And that’s likely the reason the bike is spec’d with DT Swiss Axis caliper brakes. Sure, the DT Swiss name is renowned for its high-end wheels, but unfortunately we came away dissatisﬁed with the stopping performance of the dual-pivot binders. 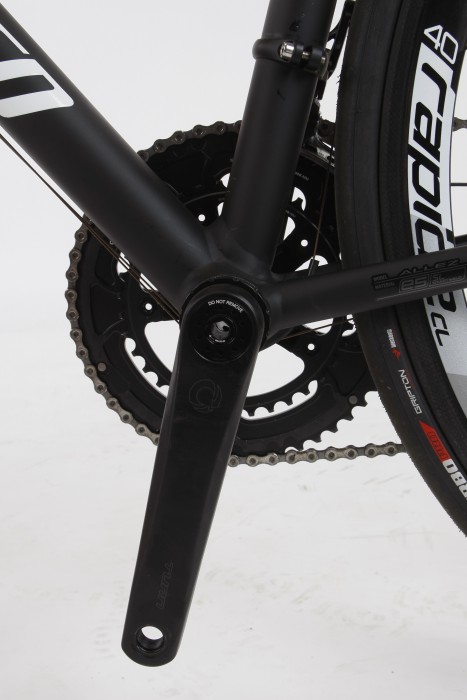 THE RIDE
As much as Specialized raves about the Allez being compliant, it is still an aluminum frame and may not be as compliant as a good carbon frame. Still, it remains incredibly comfortable (for an aluminum bike) on the road. Efﬁciency-wise, it is fabulous. The increased stiffness by way of the BB30 shell and the Praxis Works crank/bottom bracket combo, complemented by oversized aluminum tubing, feels like hitting the turbo when cranking on the pedals.

The front-end stiffness speaks for itself. Thanks to the Smartweld joints and the hydroformed head tube, high-speed cornering and descending are never undertaken without conﬁdence. Whether entering a road race or a criterium, you are covered with an all-around light, stiff, conﬁdence-inspiring package.

As we all know too well, along with the excitement of racing frequently comes the chance of crashing and damaging your frame. Unlike the $3000 tab for a replacement carbon Tarmac frame, a new Allez frame will only set you back $975. Touché, aluminum! With that peace of mind, you should not be afraid to rail those corners harder than ever. 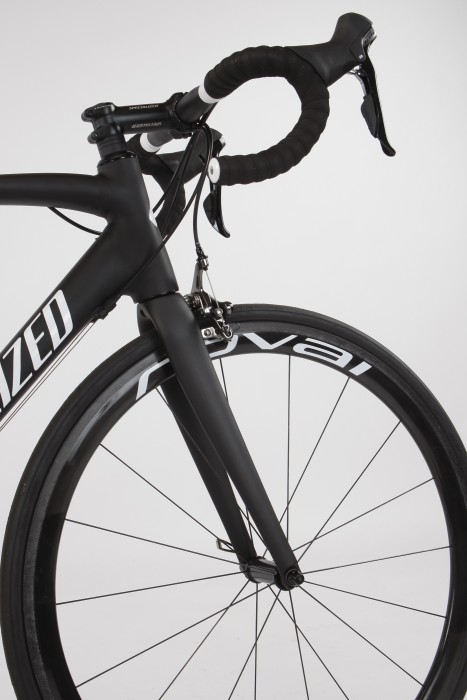 VERDICT
With so many budget race bikes to choose from, many companies focus on drive train upgrades to make the bike look presumably faster, but the number one component that people upgrade on their race bike is the wheels. The Allez Comp can be pulled out of the box and raced the next day without fear of performance deﬁciencies or need for upgrades. Well, maybe one; we’d swap out the brakes sooner rather than later. Still, this is why the Allez Comp is a bike for the budget racer. And, it’s a bike that makes the case that there is still a reason to ride an aluminum frame.

Visit specialized.com to check out their plethora of bikes