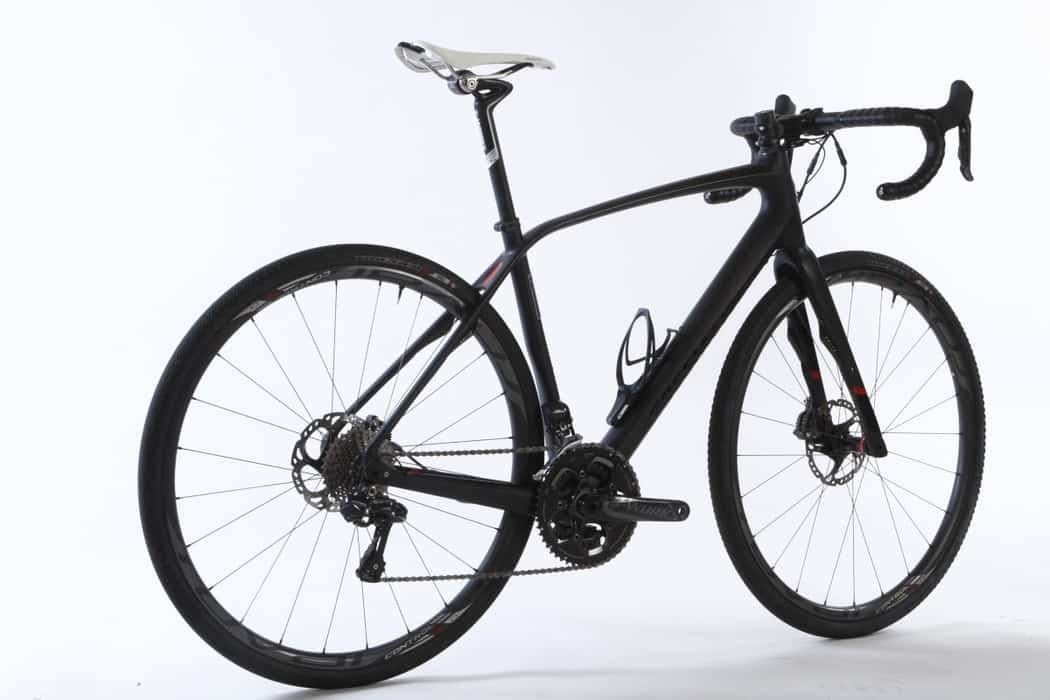 Specialized’s newest addition to their road line blurs the boundaries of what a road bike is and what it’s capable of. Whether you want to call it a gravel, adventure, mixed surface or all-road bike, the Diverge is designed as an all-terrain road bike.

THE FRAME
Regardless of what subcategory Specialized has decided to position the Diverge in, it’s more or less a hopped-up road bike that accommodates up to 35mm-wide tires with front and rear thru-axles and disc brakes. Similar to the race-winning Roubaix, it also uses Zertz dampers to help minimize the vibrations that whatever adventure you’re on might dole out. “A while back we started seeing riders mount the widest possible tires on road bikes and ripping trails and ﬁre roads to link bigger loops together,” said Specialized product manager Kevin Franks. “And conversely, ’cross bikes were showing up on epic road rides and gravel-type events. 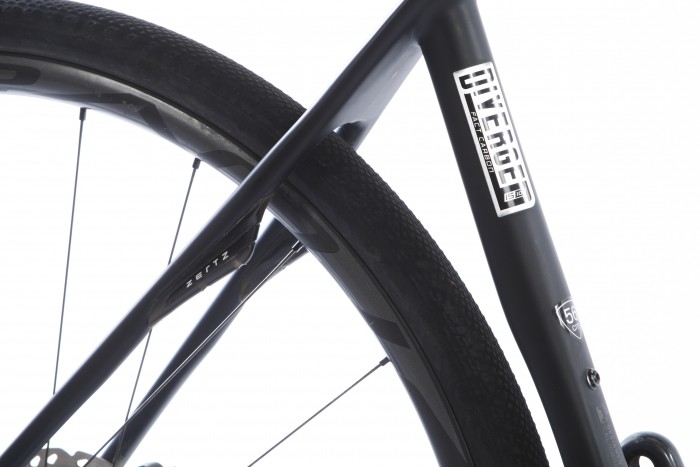 Basically, riders were adapting what they had available to them.” With a wheelbase that’s nearly identical to the Roubaix (101.1cm for a 56cm frame) and 1.1cm shorter than that of the ’cross-speciﬁc Crux, in terms of geometry, the Diverge is much more a road bike than cyclocross bike. This helps give it a very familiar road feel, but on the ﬂip side, the tight rear triangle keeps tire clearance less liberal than a ’cross bike.

THE PARTS
The Diverge uses a fairly straightforward road build, with Shimano Ultegra Di2 derailleurs, R785 hydro brakes and S-Works carbon cranks (52/36 chainrings). Then it gets interesting with the Roval Control SL CX wheels mounted with 30mm Roubaix slick tires. With a 22mm inner width, the rims provide excellent sidewall stability for the wider tires, especially when we scrapped the slicks in favor of a 33mm ﬁle tread capable of handling rougher, looser dirt. And then there’s the dropper seatpost that comes stock on the Diverge, which is a popular item on mountain bikes. Due to the dropper seatpost’s inability to mount an internal battery, the Diverge relies on an externally mounted Di2 battery located under the bottom bracket in a very precarious position. Our test bike actually came with a CG-R post that is found on three of the other Diverge models, so we didn’t get a chance to see if the dropper post was of any use or not. 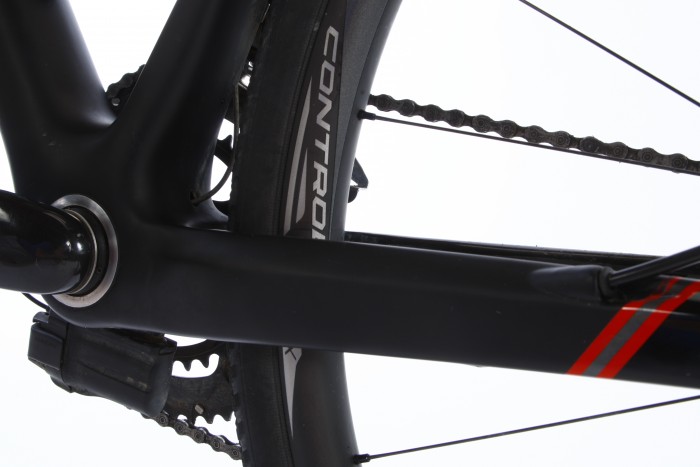 THE RIDE
In addition to the slew of road rides we took the Diverge on over the course of the review, we also did two gravel races on it. Both events were possible to do on a road bike, and there were some riders who did, but it wouldn’t have been the most enjoyable experience. The Diverge, on the other hand, was literally made for the mixed-surface roads and was only limited when things turned into straight-up mountain bike-style terrain. In comparison to a ’cross bike, the Diverge had a lower frontal position due to an axle-to-crown height 10mm lower than that of the Crux, taking away the monster-truck-tall ride that most ’cross bikes have. One place where the Diverge reaches its limits is in tire clearance. Even with a 33mm tire, there isn’t much in the way of clearance. This, of course, is a trade-off for the bike’s geometry, since greater clearance would require longer chainstays and a taller fork. So, mud riding is deﬁnitely not one of its strengths. 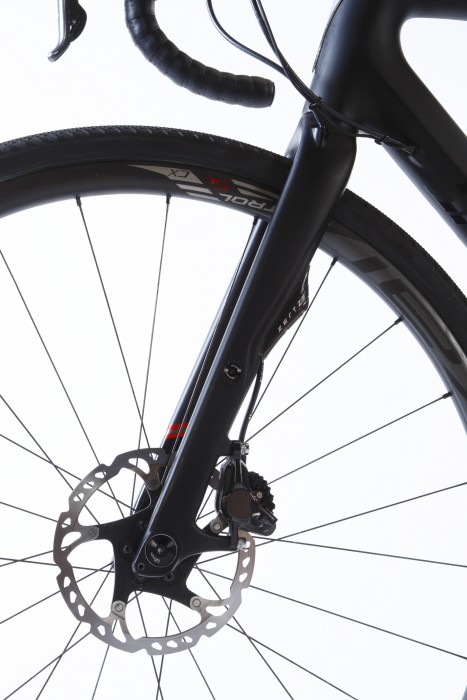 THE VERDICT
We know that Specialized likes pushing boundaries, but we’re not buying the dropper post idea. We like riding off-road, but there is a deﬁnite line that gravel bikes best not cross, and terrain that requires a dropper post is most likely over the line. The general consensus with the Diverge was that it was one of the most fun bikes we’ve been on in a long time, road or dirt. In a perfect world we would ask for more tire clearance; though if that came at the expense of changing the ﬁt and handling, it wouldn’t be worthwhile. Fortunately, the rest of the Diverge line is substantially less expensive than our test model, with aluminum options, in addition to carbon. 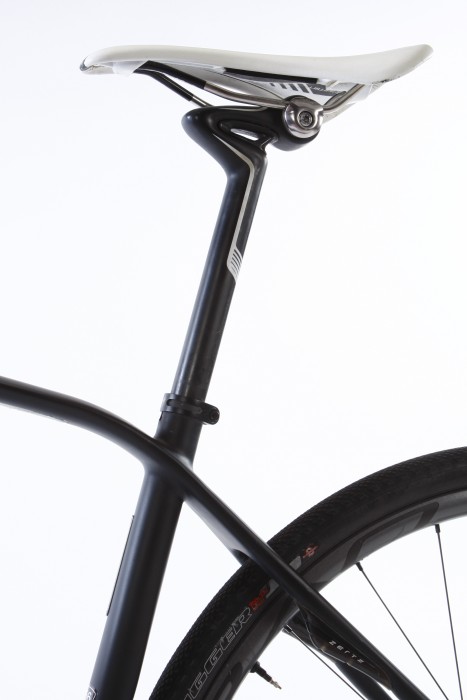