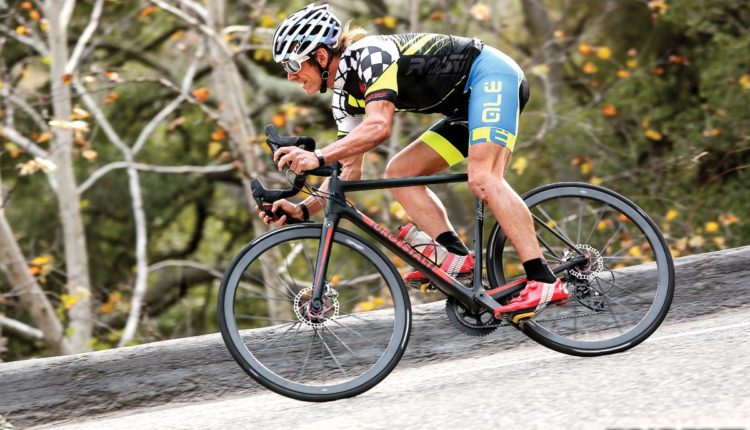 Lightweight is a German company led by engineering minds with a passion for performance road bikes. The company history is in manufacturing space-grade carbon satellites, which, we suppose, bodes well when it comes to designing bicycles. Famous for over a decade for their uber-high-end, hand-built carbon wheels, they started building frames just a few years ago. This attention to detail and understanding of the true limitations or potential for carbon lead to simple designs that are purpose-built.

The word urgestalt means “starting point” in German, and that’s how Lightweight interpreted their effort in adding frames to their menu of carbon components. They have learned a lot about frame design and the results of matching any bike with their performance-enhancing wheels. The original Urgestalt is purely about performance and weight savings with little regard for compliance. Have things changed with the introduction of their new disc-specific version? 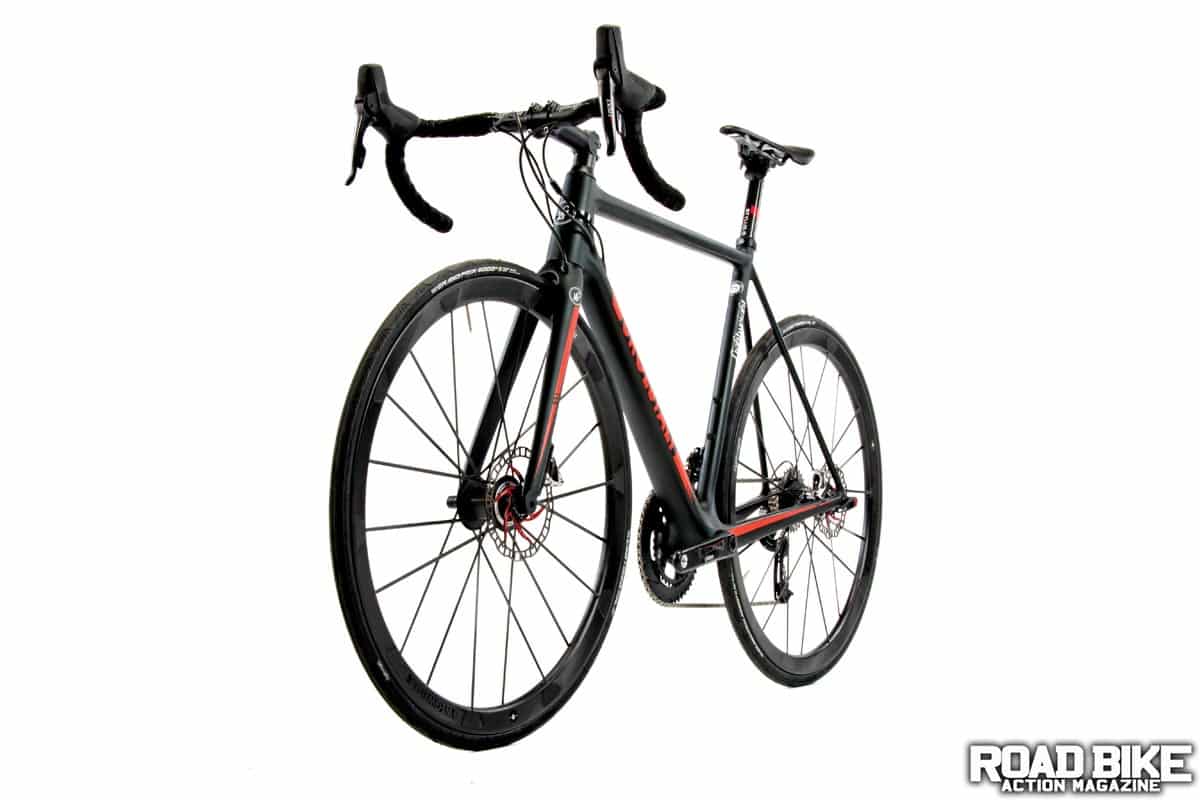 When you first lay eyes on the Urgestalt, the design is simple and the graphics are of an engineer’s vision. With further inspection, you see that each tube is precisely shaped and chosen to deliver the same lateral stiffness the original offered but with a touch of compliance. Our test bike is a “true” size 54cm, with the top tube at 54.5cm and seat tube at 54cm long. The seatstays have the slightest bow to them and are thin to allow improved rear-end vertical compliance. This is also enhanced by the 27.2 seatpost. Like so many other modern bikes, the Lightweight, too, welcomes tires up to 28mm in size.

The downtube has a modified oval shape, lending to its ability to be laterally stiff but allow a bit of compliance. A BB386 bottom bracket offers a wide and stiff platform and is also enhanced by an asymmetrical carbon layup to help neutralize drivetrain and disc brake forces. This asymmetrical carbon layup is also found in the forks and chainstays, as the single-sided forces of disc brakes on such a light frame mean extra precision was needed to minimize chatter or flex when braking.

The frame weight of the disc version is a claimed 800 grams with a fork weight of 375 grams (compared to the claimed frame/fork weight of 790/340 grams for the rim brake frame). Most of the weight gain is in the fork, and that’s due to the role the front brake takes in proper braking technique and the lack of alternative supporting tubes. The 98cm wheelbase and parallel 73-degree head tube and seat tube angles lend to the bike’s incredible handling characteristics. All cables are run internally (with the fork’s cable port making a constant rattling noise that was enough to make you search for some earplugs), and the frame relies on the 12mm thru-axles and flat-mount brake mounts.

When it comes to parts, the main talking point has to be the Wegweiser wheels. Incredibly, at $4500, these are actually Lightweight’s lower-price-point hoops (see page 78). The new (Asian-made) rims were mounted with 25mm Continental GP 4000 S II Lightweight Edition tires. For drivetrain duties, our test bike was built with a SRAM Red mechanical shift kit with hydraulic disc brakes. The selection of a 52/36 crank and 11-30 cassette was perfect for hitting the hills on such a light bike.

Having previously ridden the rim brake version, we had some preconceived notions of how the disc bike would ride—and we were wrong. Lightweight has implemented noticeable compliance features while maintaining our sought-after snappy and responsive characteristics. The lateral stiffness is impressive for any bike, especially one this light. The level of precision and stiffness while braking was impressive. Just for comparison’s sake, we swapped out the Lightweight wheels for a more traditional steel-spoked wheel, and there was a definite drop in performance and acceleration. Yes, quality wheels can make a difference. 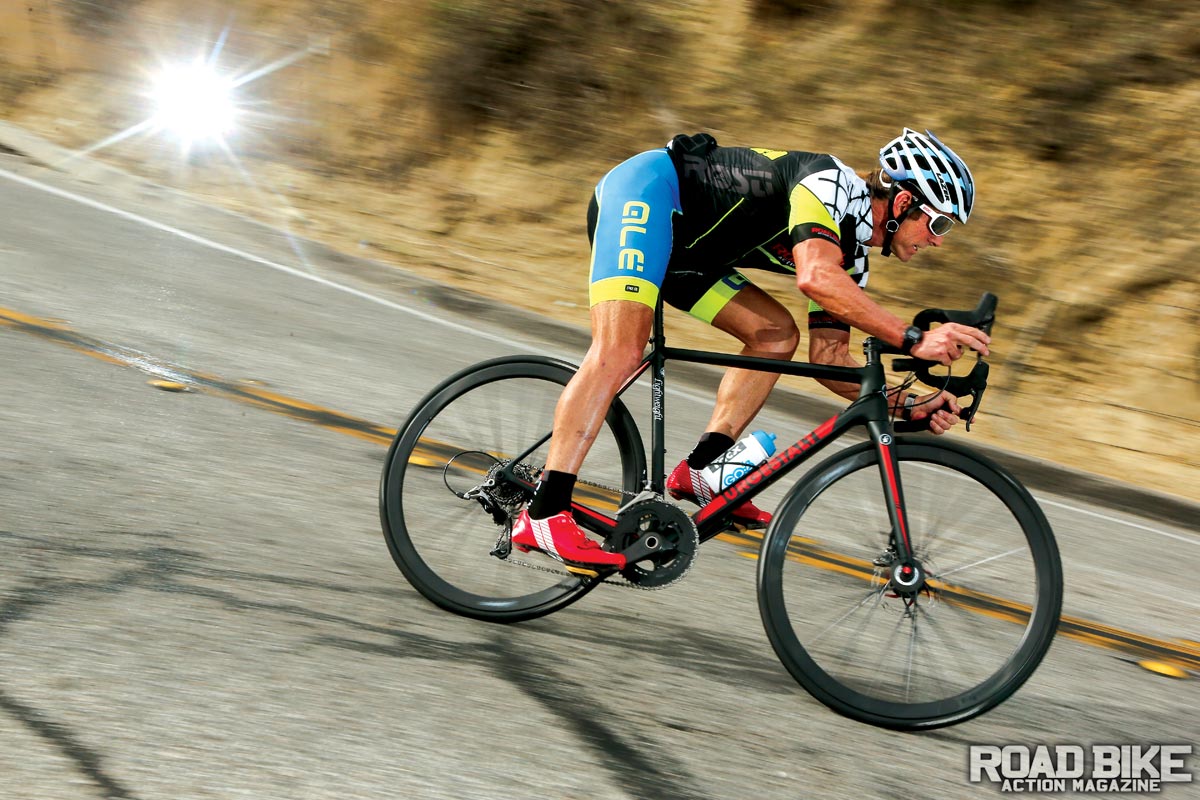 When it comes to climbing, this bike excels. The stiff BB transfers power, while the weight makes for easy work out of even the steepest inclines. The added weight of the disc brakes might be seen on the scale, but in the real world, the only effect the disc brakes have is added safety, confidence and modulation. Descending is confidence-inspiring, with the bike responding to input without the need of extreme focus and concentration.

Although Lightweight is known for their German-made wheels, this bike is a compilation of their partnership with Asia. The only part of the bike made in their German facility are the spokes and hub shell that are hand-laced and bonded to the Asia-built rim using filament-wound technology. What this proves is, just because it’s made in Asia doesn’t mean it’s a lesser bike; it just needs more oversight and engineering to meet the same well-known expectations of German production. The upside is, since production costs are lower, so is the price—well, sort of. The frame and fork retail for $5000, which also includes a headset, thru-axles, seat binder and carbon stem spacers. Since Lightweight doesn’t sell complete bikes, the retail price is hard to pin down exactly, but it doesn’t take a mathematician to estimate the cost. In a word, expensive, as in super expensive. Still, this is a performance bike that has a target audience in mind at a price that is on par with its high-end competitors. The frame is really nice, but, man, those wheels are something else.