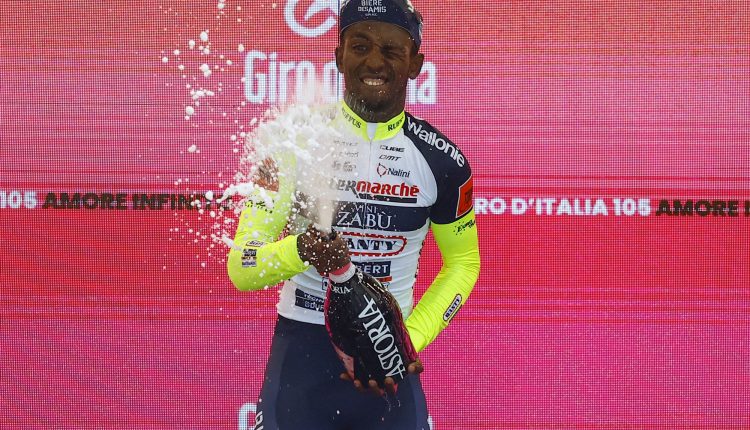 Biniam Girmay is still resting but should resume training in the next 10 days, his team Intermarche said on Wednesday, as he recovers from being hit in the eye by a prosecco cork while celebrating his historic Giro d’Italia stage victory. Girmay became the first black African to win on any of cycling’s three grand tours when he claimed the honors on the 10th stage of this year’s Giro.

“His eye requires further rest and Biniam is expected to resume training within the next ten days.”

Girmay had placed the bottle on the floor and bent over it as he undid the binding before the cork flew off, hitting him from close range. He was treated at a hospital in Jesi, where the 10th stage finished. 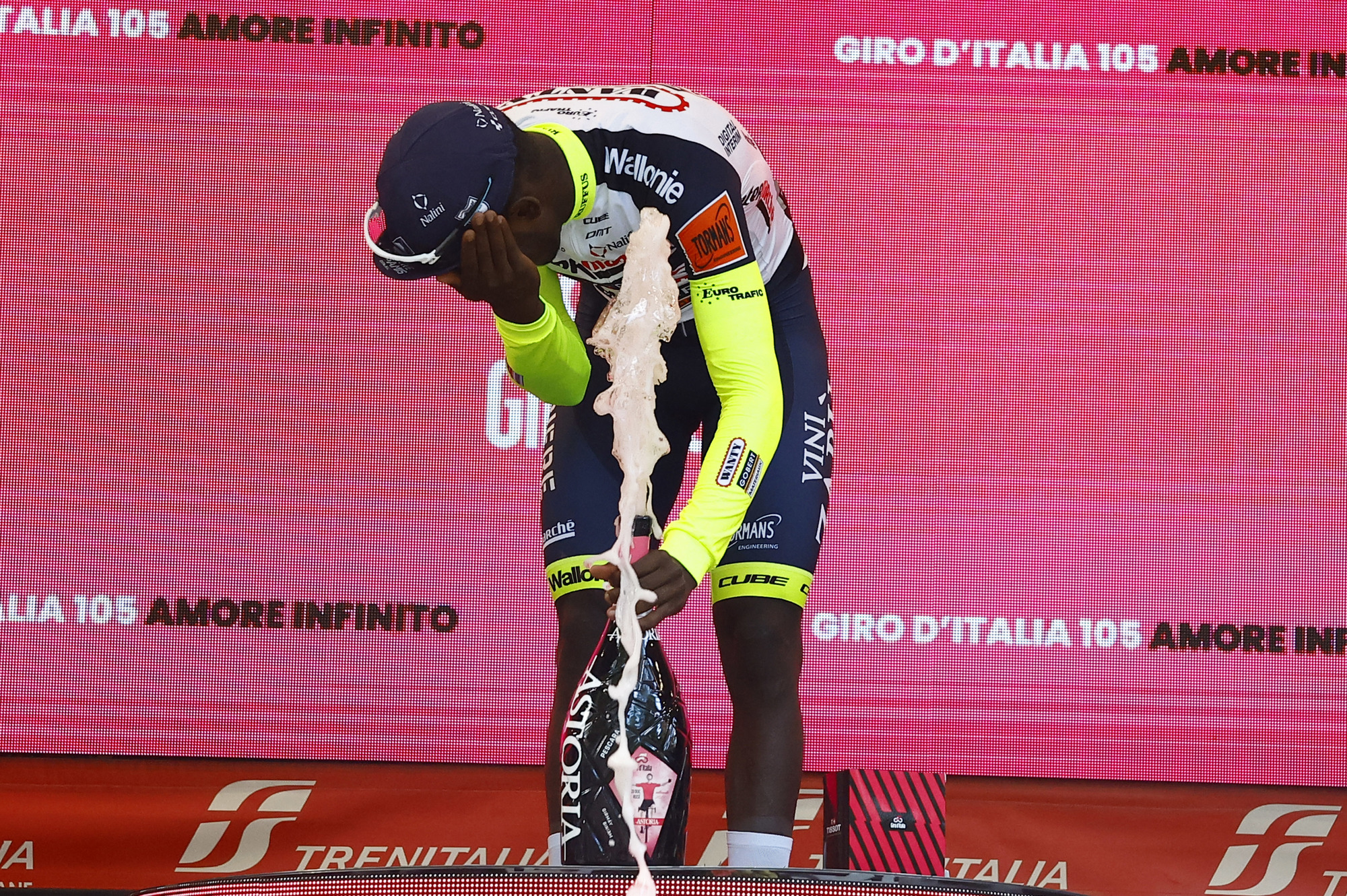 “I feel better, I’m happy I will not have any after-effects,” said Girmay, whose teammate Jan Hirt won Tuesday’s 16th stage.

“I hope to be able to race soon after some rest at home in Asmara. I kept following the team in the Giro, I’m so happy for their success.”

Girmay has carved out a name for himself in the world of cycling, establishing himself as one of the sport’s best sprinters. He had already made history this season when he became the first African winner of a classic, at Ghent-Wevelgem at the end of March.He shot to attention at the world championships when he became the first black African man to feature on the podium when he came second in the under-23’s at the 2021 event in Belgium. He has already racked up eight wins since turning professional in 2020.