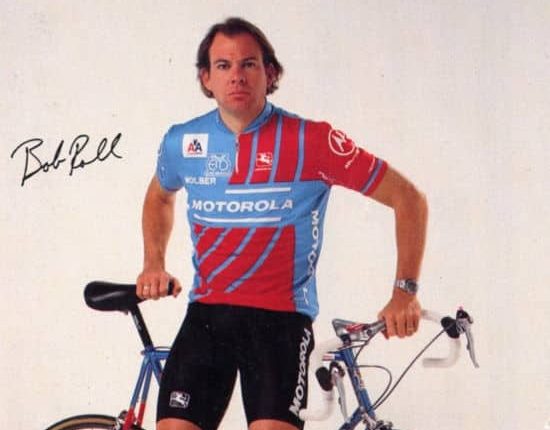 (A glimpse into the archives from 2009 for our weekly Throwback Thursday. Looking back at Bob Roll’s favorites things in Italy.)

Sicily is so achingly gorgeous that when you see it, if your Oakleys aren’t stained with tears you should check your chest cavity to be sure your heart is still beating. Most Sicilians have relatives in the U.S., and wherever we raced there, we were given a gracious reception. There are Ancient Greek ruins everywhere that the locals don’t seem to notice. If you can imagine a vineyard and orange groves growing inside the acropolis you are on the right track. I raced in Sicily many times, especially at the beginning of the season, and found it to be invariably fantastic. The island’s reputation as a mafia stronghold has kept the tourism riff-raff to a minimum and is refreshingly void of shops selling themed rubbish. Is the reputation warranted? Well, one night during the early season week-long ‘Week Of Sicilian Cycling’ every single bike, car, mussette, cap, tire, cable and shoelace was stolen from the team hotel where the whole professional peloton was staying. After negotiations with the proper local ‘family’ all was returned and the race resumed.

But as beautiful as Sicily is, it nearly always breaks your heart. The Giro started there in 1989 and as the defending champs we wanted to get off to a good start in the Stage II team time trial. A feral cat, black as coal, wandered into Sean Yates’ front wheel while we were flying at 65-70 kilometers per hour on a long straight downhill about five kilometers from the finish. We went careening in twenty different directions upon contact with the said cat and never regained that time lost. Still, I will always love the Sicilian landscape and the warmth of its people.

Be real. To die for. Italian food is serious taste bud delirium. Is it possible to gain five pounds during a three-week Grand Tour? Oh yes, I did it two times out of three tries. Only a snowstorm on the Gavia Pass prevented a perfect record of weight gain for me at the Giro d’Italia. It is virtually impossible to find a bad meal in Italy, from the pizza to the pasta to the gelato to the wine and espresso, proscuitto to calamari to cappuccino. Wait, forget all that and just eat the cheese and drink the Barolo. And don’t forget the bread. And the olive oil?you get the picture! Italians from every region have a serious love affair going with their food and will not hesitate to tell you that the food from their region in every village is by far the best. I never argue, or hesitate to drop in for the yum-yum.

The Italian diet is as close to perfect for a cyclist as any cuisine on earth; complex carbs, great, lean meats, plenty of fresh seafood, hearty soups, fresh veggies and fruits and truly satisfying desserts. No wonder so many great cyclists come from Italy.

Pollution is obviously a worldwide disgrace. At least pollution produced in Italy is the by-product of some of the most beautiful consumer goods on earth. From the simple perfection of a Lavazza stone top coffee pot to the curvaceous lines of the Desmosedici Ducati, nobody does functional elegance as well as the Italians. Have you ever seen a Riva running about the Riviera? How about a Ferarri wailing down the autostrada? How about Pantani parting the multitudes on his celestial Bianchi high on the mountain passes? Poetry in motion. In Italy, power without a dash of style is not worth the effort.

The Giro d’Italia is the most beautiful bicycle race on earth. Of course, the Tour de France trumps all races in worldwide popularity, but it is a pale industrial behemoth compared to the natural splendor of the Giro courses. American participation in the Giro has been hampered by the popularity of the Tour de France to a certain degree and the realization by our top pros that it is the Tour and not the Giro that really pays the bills. Indeed, America’s best ever, Lance Armstrong, never raced the Giro, but won the Tour seven times. When Lance was at his best, could he have won the Giro? There is no doubt he could have. Lance’s preparation for the Tour was so precise it would have been ill advised to deviate from what became the perfect execution for Lance’s tour ambitions. I most certainly wish he had raced it, because I might have been able to cover the race for TV and get to spend another month in the land eternal. There was a time when many of the best felt like the Giro was the best way to get ready for the Tour. Hinault, Fignon, LeMond and Miguel Indurain all used the Giro to prepare for a winning ride at Le Tour. Greg LeMond was especially fond of the Giro as a preparation race for the Tour, but as the Giro changed in the late ’80s to suit a new galaxy of Italian stars, Greg abandoned using the Giro to get ready for the Tour. During the heyday of Francesco Moser and Guiseppe Sarroni (not pure climbers either one) from the 1970’s through to 1987, the Giro featured insanely long flat stages, punctuated with climbing stages that often times skirted the epic passes that were so prominent in Coppi and Bartoli’s days (both fantastic climbers). After Moser and Saronni retired, the Giro returned to the great climbs, and this enabled Andy Hampsten to win the Giro, the only American to do so thus far.
The Giro traverses the Appenines which form a spine of mountains that runs north to south and when criss-crossed by the race makes even the early stages challenging. And thus, avoids the ten days of tedious flat stages that the Tour fans must typically endure before any fireworks in the mountains of France. Some of the Giro’s toughest days feature climbing stages just outside Naples, Rome and Florence. The verdant, fecund Po River Valley usually features stages for the flamboyant sprinters, personified by Mario Cippolini in recent years. Then, of course, the Italian Alps is the terrain so loved by the pure climbers. Recently, such luminaries as Gilberto Simoni, Damiano Cunego and the late, great Marco Pantani have flown over the Alps in regal majestry. Which leads me to the fifth reason to love Italy?.

The rugged spires of these mountains shoot up nearly vertically and snatch your breath away when you see them. If there are more beautiful mountains, I’ve never ridden them. One hundred million years ago, the Dolomites were under water, and it is only recently that it was discovered that the Dolomites are actually a coral reef. Not only great climbs can be found here, but also marine fossils are common. The passes are now part of cycling lore and give us the great monuments that have come to be synonymous with our most brilliant legends. Legendary climbs like the Stelvio, Gavia, Marmolada, Sella, Pordoi and many more traverse these mountains and must be seen and climbed to believe. There is ton upon ton of hype in this world, but as cyclists, to miss seeing these mountains and climbing them at least one time is to have an incomplete cycling experience. One day we will all ride the Dolomites-if not in this life, then most certainly in their heavenly counterpart, the Kingdom of God.

Cycling in Italy has always followed a straight and narrow path parallel to many of the religious tenets of Italy. Reminders are everywhere, in the form of the Crucified Christ, that damnation and salvation are close at hand. It is the cyclist in Italy who cannot help but resolutely pedal towards the latter. When you are constantly reminded of the suffering of the Crucifixion it is impossible not to reflect on the close ties between cycling and religious life in profoundly sacred places like the Vatican, Rome, Assisi, etc. For the pedaling spiritual pilgrims, all roads lead to the Madonna di Ghissalo chapel high above Lake Como, and to hear its bells peal as the Tour of Lombardia passes by is as close to a religious cycling experience as one can have. The Madonna di Ghisallo is a religious site, as well as a museum of the most incredible collection of memorabilia you could ever dream of. Of course, it has also become the first of four tough climbs during the closing kilometers of the Tour Of Lombardia where many a race-winning move has been launched. Claudio Chiapucci and I once passed by on a training ride, and the Padre came running out when he saw Claudio and begged him for his race-winning bike from Milano Sanremo, which Claudio readily offered. You may feel most certainly free to avert your gaze from the reminders of religious passion everywhere in Italy, but you can also groove to them and feel the miles fly by.

If you don’t love the bikes made in Italy, you may have picked the wrong sport to enjoy. Pinarello, De Rosa, Bianchi, Gios, Olmo, Basso, Rossin, Colnago, Kuota, Quattro Issi, Pegoretti, Willier Triestina, Tomassini and many hundreds of brands you’ve never heard of litter the marketplace and joust for our attention, strained to the limits by each brand more beautiful than the last. And it is the racing that has propelled the technical advances we can enjoy from the bicycles of Italy. The grace and beauty of Italian bikes are a natural progression of the countryside and millennia of staggering artistic endeavor we’ve become so accustomed to.

You must ride your bike in Italy at least once in your life to have truly lived well. Taste the food, look at the monuments, marvel at the scenery from the saddle of a bicycle and you will be changed forever (mostly for the better, I promise). Sell your car or house and get yourself to Italy.