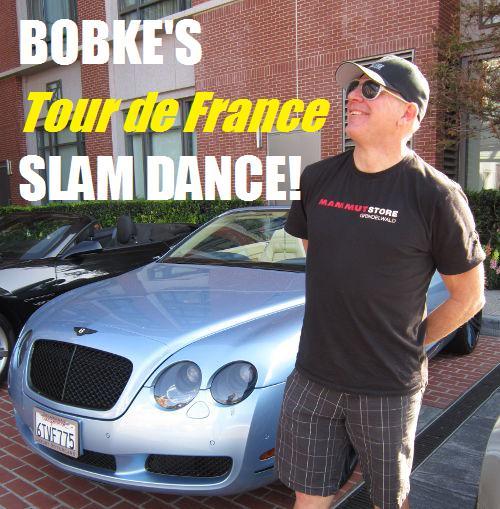 THE FRENCH
With four riders in the top ten, t’s been many decades since the French riders have seen this kind of success at their own race. In fact the last time a Frenchman (Richard Virenque) was on the podium in Paris was in 1997. I think Pinot looks the strongest of all of them. How about seeing former mountain bike racer JC Peraud nipping at Nibali’s heels on the decent, that was pretty sweet to see! France also has some good sprinters so tomorrow and Sunday in Paris could still deliver the home crowd something to cheer about.

THE FULGSANG FACTOR
How great was it to see Jakob Fuglsang racing so well today after that horrendous crash yesterday? That was a sterling effort to see him chase the AG2R riders up and down the mountain. He could’ve easily just mailed it in from the gruppetto today, but instead he was the last man standing for Nibali. That was a really courageous effort considering the beating he took yesterday.

I think it’s difficult for many people to grasp the team dynamic of bike racing because they’re so conditioned to watching two teams battle it out in an arena. But with cycling you an army of nine versus 21 other nine man armies. The team bond that exists in cycling is something that allows you to  do things that are super human  – that’s what Fulgsang proved today. After a crash like he suffered yesterday, 99.9% of mankind would’ve stayed in bed for at least a week. Teammates are a racer’s lifeblood to have a good race, a good life. The success of one fuels the spirit of the team and you can see just how spirited team Astana is by the yellow jersey. These guys train together, travel together, eat together and sleep together ? they live & die by their devotion to each other.

SUNDAY SPRINTS
Going to Nimes I think the finish sprint will be on full gas. Unless there’s a side wind Giant should be driving it all day chasing the breaks. For Kittel the question is simple ? why not take the opportunity to remind the world that you’re the fastest man in the world?!

WHAT GROUCHO SAYS
Yes, I heard that I was nominated into the Mountain Bike Hall of Fame this year. It does seem odd due to my history as a road racer, but I was an early convert when I switched from the road to the dirt. I can say that I was actually first riding mountain bikes in the East Bay hills back in 1982. Still, the flipside of the coin is that, like Grouch Marx once said, I would never join a club that would have me as a member!
Bob Roll