French sprinter Nacer Bouhanni has extended his contract with Cofidis by two years until 2019, the French cycling team announced Wednesday. The 26-year-old, who joined Cofidis in 2015, has 55 wins to his name including stages on the Giro d’Italia and the Vuelta a Espana.
“We’re relying on his potential and desire to win to further strengthen his record and that of the Cofidis team,” said team leader Thierry Vittu. “We’re especially counting on a stage victory in the Tour de France.” 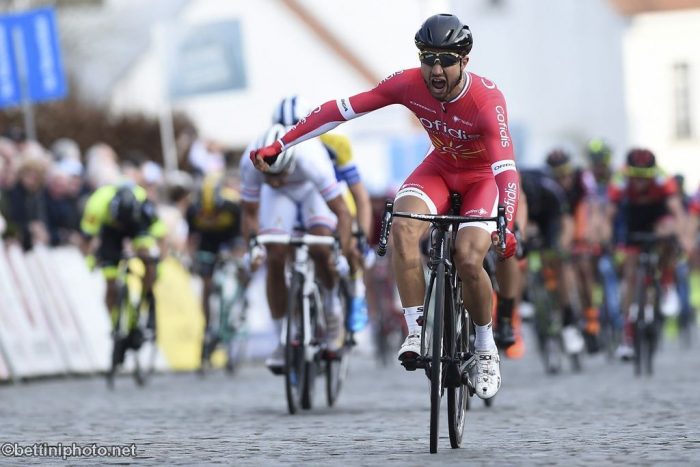