Former French road race champion Nacer Bouhanni has hit back at a flurry of racist insults following his penalization for a shoulder charge on British rider Jake Stewart. The 30-year-old sprinter took to Instagram to deliver his message after a period of media pressure following the March 28 incident at the Cholet-Pays de Loire race where Stewart broke his hand.

“Hello to all the little jokers who have been having fun for a week writing to me personally or commenting on some cycling sites that I should go back to Africa, that I am a criminal, that I am a Maghrebian who needs to be interned and who constantly send me (pig’s heads)!”, he said on his Instagram account.

“Know that I was born in France and that I will file a complaint because I’ve been putting up with this too long and held my silence, this time, I will not let go,” said Bouhanni. 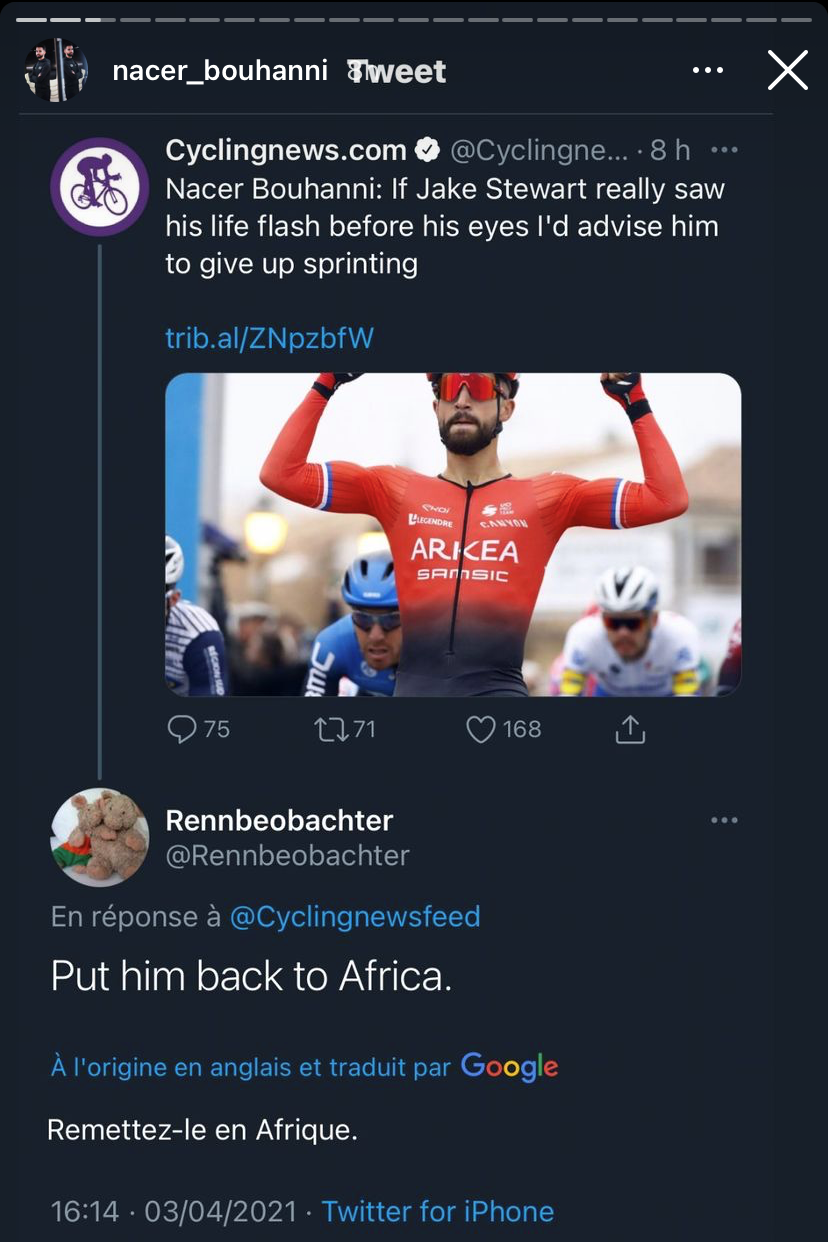 The exasperated rider backed up his claims with a series of screen shots showing examples of the abuse he has received.

Bouhanni rides for Arkea-Samsic and has 69 victories, including three Giro d’Italia stages and three in the Vuelta a Espana, but his career has been marked by altercations.

On 2017 Tour de France, he was fined for hitting New Zealander Jack Bauer and later that season he had to be pulled off compatriot Rudy Barbieri who had just won Paris-Bourges.