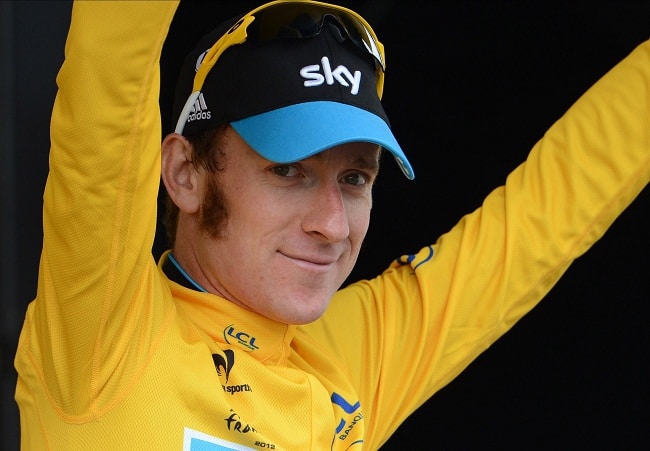 Former Olympic cycling champion Bradley Wiggins has revealed he was sexually groomed by a coach when he was a child. Wiggins, who won the 2012 Tour de France winner and three Olympic gold medals, claimed he was just 13 when he was groomed by the unnamed coach. He said he could not speak up at the time due to a troubled relationship with his stepfather. The 41-year-old has previously spoken about suffering from depression and experiencing a difficult childhood.

“I was groomed by a coach when I was younger — I was about 13 — and I never fully accepted that,” Wiggins told Men’s Health UK magazine.

Asked if he was groomed sexually, Wiggins added: “Yes. It all impacted me as an adult. I buried it. My stepfather was quite violent to me, he used to call me a f*ggot (homosexual) for wearing Lycra and stuff, so I didn’t think I could tell him.

“I was such a loner. I just wanted to get out of the environment. I became so insular. I was quite a strange teenager in many ways and I think the drive on the bike stemmed from adversity.”

Wiggins reached the pinnacle of his sport in 2012, when he became the first British winner of the Tour de France before taking Olympic gold in the time trial in London just days later.

However, he said he had spent much of his life trying to understand his relationship with his father, Australian cyclist Gary Wiggins, who walked out on the family when Bradley was young and who died in 2008 following a fight at a house party.

“It was definitely to do with my dad. Never getting answers when he was murdered in 2008. He left us when I was little, so I met him for the first time when I was 18,” he said.

“We rekindled some kind of relationship but then we didn’t speak for the last couple of years before he was murdered.

“He was my hero. I wanted to prove myself to him. He was a good cyclist, he could have been really good, but he was a wasted talent.

“He was an alcoholic, a manic depressive, quite violent and he took a lot of amphetamines and (sports) drugs back then.” British Cycling have contacted the retired rider to offer their support.

“We are deeply concerned by the matter raised by Sir Bradley Wiggins and our safeguarding team has made contact with him today to offer our full support,” the organisation said in a statement.

“We would encourage anybody who has suffered abuse or has concerns about the welfare of others — regardless of when the incident took place — to utilize the support offered both by our trained team at British Cycling and the dedicated NSPCC helpline, which in turn helps us to ensure that our sport is a safe and welcoming place for all.”