Bradley Wiggins Says No To Needles – Sort Of 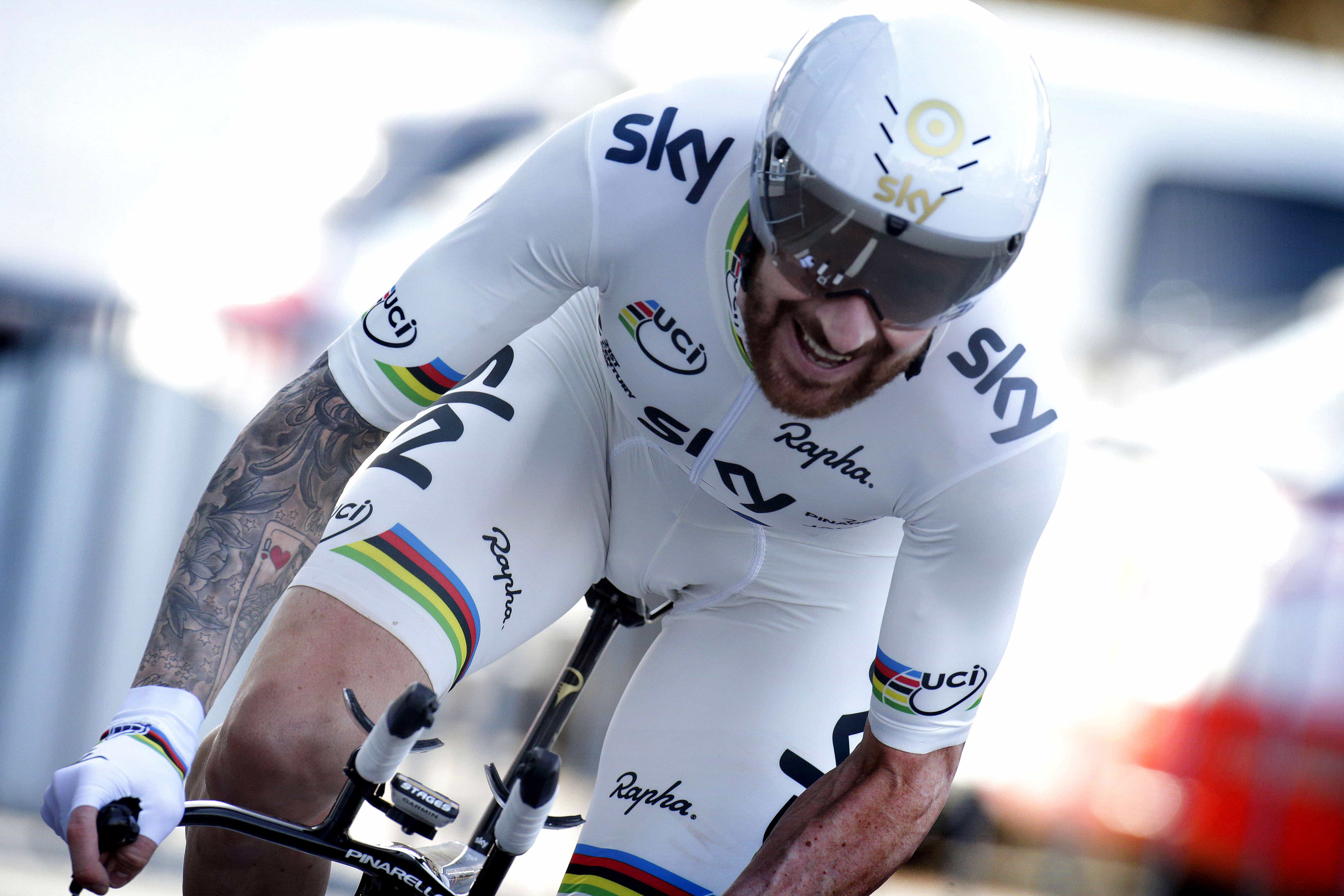 RBA/AFP
British cycling great Bradley Wiggins defended himself on Saturday after medical data leaks revealed he used a banned steroid to treat allergies before three major races. Wiggins’s medical records were leaked by presumed Russian hackers on Wednesday, showing he had injections of triamcinolone before the 2011 and 2012 Tours de France and 2013 Giro d’Italia.

In his 2012 autobiography ‘My Time’, Wiggins said he strictly observed cycling’s ‘no needles’ policy and in a statement released by his spokesman, the five-time Olympic champion stood by his claim.

“Brad’s passing comment regarding needles … referred to the historic and illegal practice of intravenous injections of performance-enhancing substances, which was the subject of a law change by (world cycling governing body) the UCI in 2011,” said the statement, which was sent to British media outlets.

“The triamcinolone injection that is referred to in the WADA (World Anti-Doping Agency) leaks is an intramuscular treatment for asthma and is fully approved by the sport’s governing bodies.

“Brad stands by his comment concerning the use of illegal intravenous needle injections.”

A cyber espionage group called ‘Fancy Bears’, which is believed to be Russian, has been leaking medical data about famous athletes after targeting the World Anti-Doping Agency.
American tennis stars Serena and Venus Williams, American gymnast Simone Biles and Wiggins’s Team Sky team-mate Chris Froome have also been the subject of leaks. The targeted athletes have been revealed to have received ‘therapeutic use exemptions’ (TUEs) for the use of substances that would usually contravene anti-doping rules.

TUEs can be issued to athletes who have an illness or condition that requires the use of normally prohibited medication. There is no suggestion of wrongdoing by any of the athletes.

Wiggins, Tour de France champion in 2012, requested TUEs in order to use triamcinolone to treat his asthma. Disgraced American cyclist Lance Armstrong tested positive for the same drug at the 1999 Tour de France.

Wiggins also distanced himself from Belgian doctor Geert Leinders, who worked part-time with Team Sky in 2011 and 2012. Leinders was sacked by Sky in October 2012 and banned for life by anti-doping authorities last year over doping offences relating to a period before he joined the British team.

“Brad has no direct link to Geert Leinders,” the statement added.  “Leinders was ‘on race’ doctor for Team Sky for (a) short period and so was occasionally present at races dealing with injuries sustained whilst racing such as colds, bruises etc.

“Leinders had no part in Brad’s TUE application; Brad’s medical assessments from 2011-2015 were processed by the official Team Sky doctor, and were verified by independent specialists to follow WADA, UCI and BC (British Cycling) guidelines.”