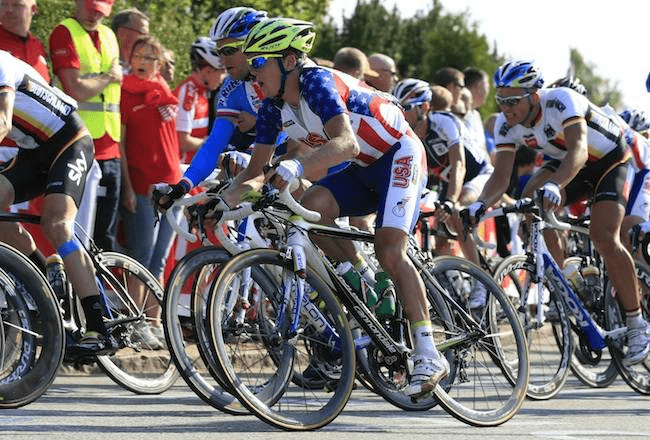 After suffering through more injuries in just a couple of seasons than most people could endure in a lifetime, American rider (and 2012 National Champion) Timmy Duggan has called it quits. Duggan’s move this year to the high Profile SaxoBank squad was largely squandered when he broke he leg just as the season began in Australia.

From Tim’s website:
‘In the ambulance to the hospital with my season-threatening injury, I began to question if this was worth it anymore. Despite plenty of support and being surrounded by incredible teammates and team staff at Saxo-Tinkoff, I hated nearly every day of the season, I was miserable and depressed. It is incredibly frustrating as an athlete to not be able to be at your best, and, even worse, I wasn’t sure if I really wanted it any more. Cycling has given me a lot, but it has also taken a lot away. I wouldn’t trade my experiences, accomplishments, and relationships I’ve had in cycling for anything, but the injuries, the time away from home, and the sacrifice of so much to ride a bike faster are weighing heavy. At this point in my career, even when things are going very well, racing bikes is not making me truly happy. It doesn’t excite me like it used to. When I was thinking about the 2014 season, I couldn’t see myself being happy enough, regardless of the situation. It has become clear how important some other things are to me and how much I’m missing.’

‘Cycling gave me goals and the opportunity to accomplish them, and the journey along that whole process has shaped me, and for that I am very proud. But cycling certainly doesn’t define me, and its not who I want to be anymore. Already I feel so incredibly alive as I move forward into my next ambitions.’
Road Bike Action

Being There: A Day At The Cyclocross Races