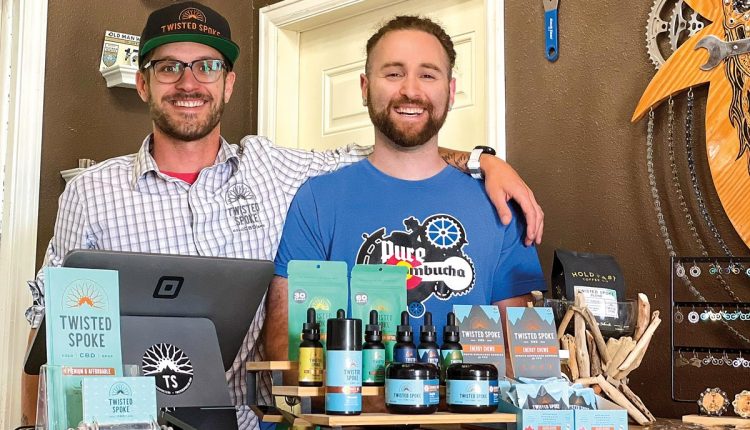 There David and I were standing among the multitude of expo booths at the Sea Otter Classic when we were literally swept up by the father-and-son team of Wen and William Dolphin who assured us that it would be time well-spent if we followed them to their booth. Sure enough, we came away impressed. However, it wasn’t for the wide array of CBD products on display that we liked, but more so the energetic brand’s story and CBD expertise exhibited by Wen, who was a co-founder of the Twisted Spoke bike shop located in Colorado Springs, Colorado. Wen’s story of how the two-year-old bike shop could help aid as both a recovery tool, as well as be a virtual paradise for any schwag consumed bike geek, was interesting to say the least. 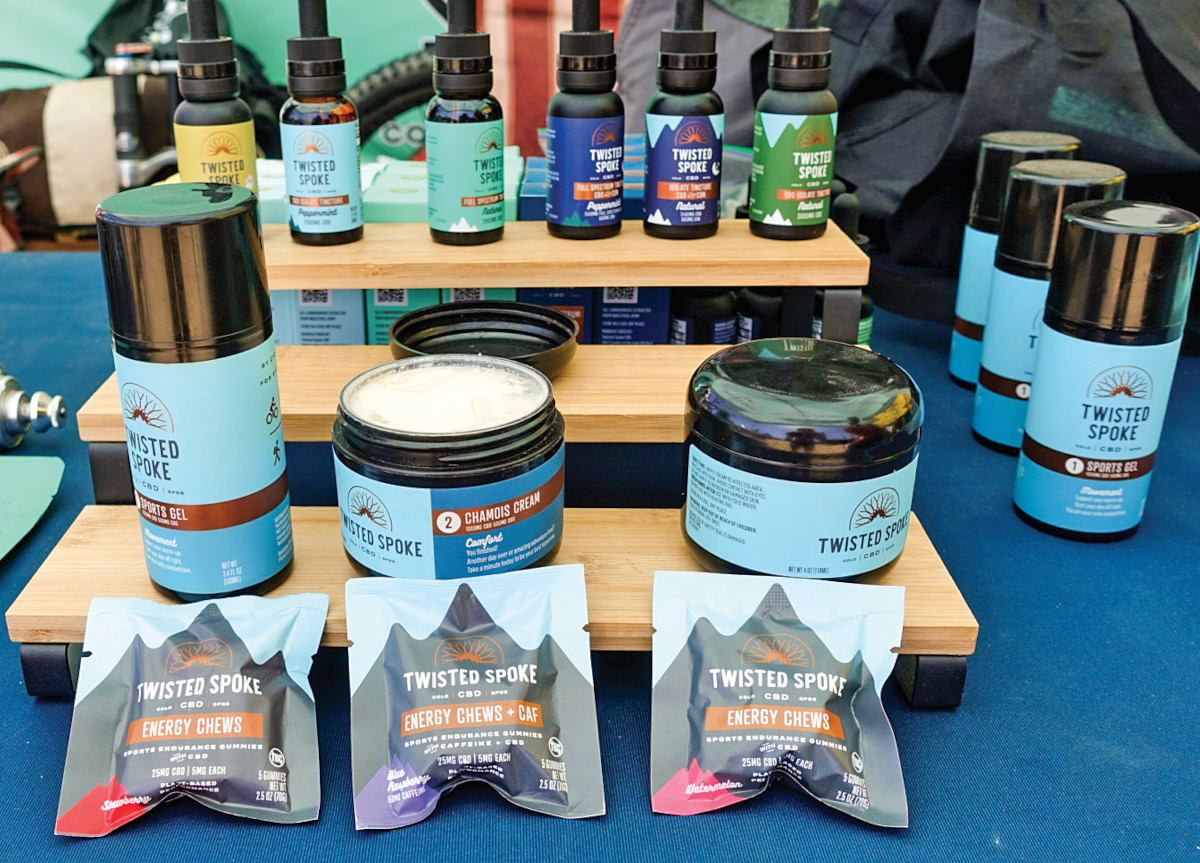 Really? A bike and  CBD shop?

Yeah, along with my partner, Gabe, we opened the shop in 2020. We’d both been working at the Bicycle Village shop in Colorado Springs when we decided to create a space that served my interest in the CBD world and his making kombucha. We wanted a space that not only would act as a shop and warehouse for our products, but also since we had both been going through recovery from alcohol, we wanted to create a place for cyclists to hang out in an alcohol-free environment. On top of that, we both had extensive collections of cool bike stuff that we wanted to display! 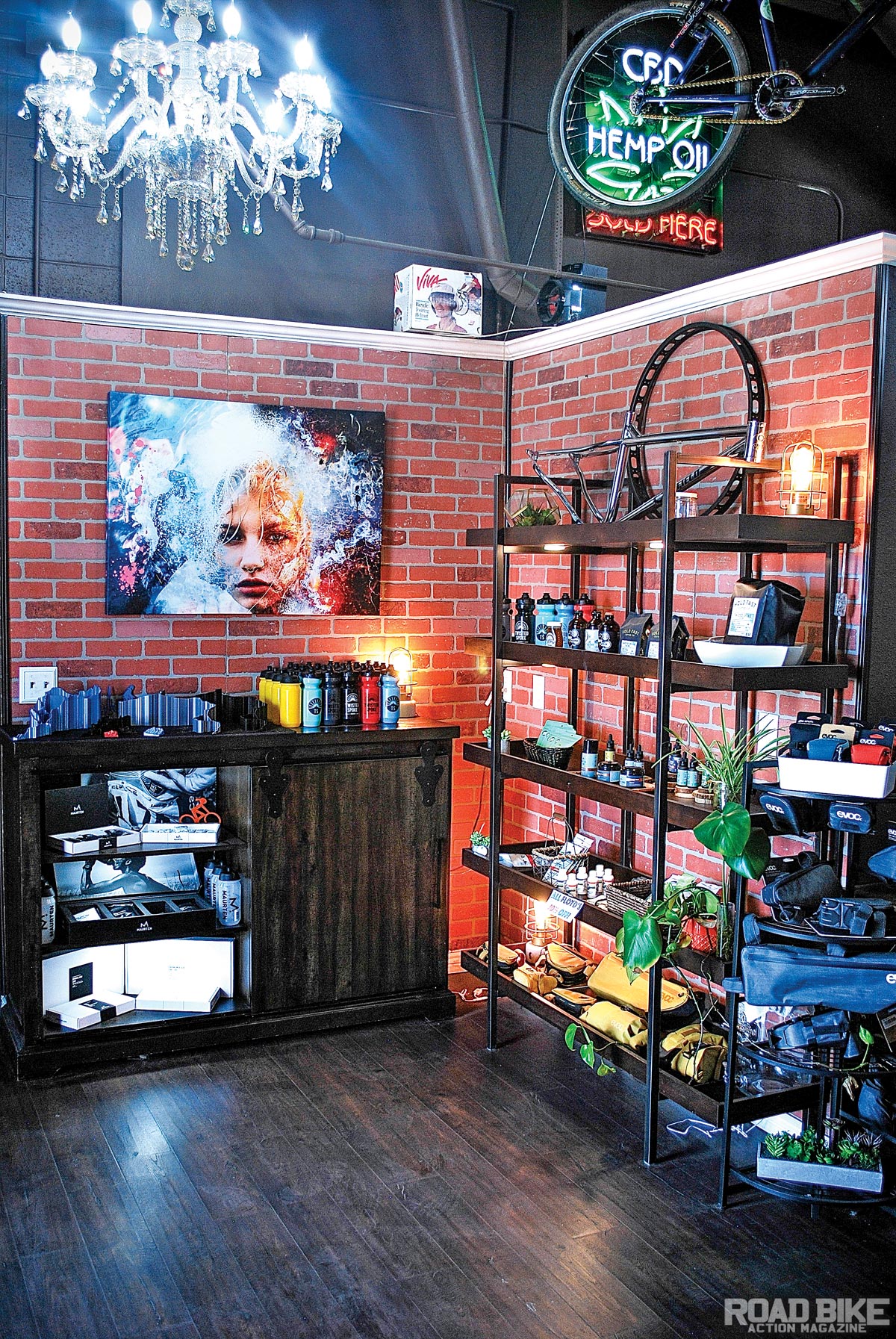 We have a 2500-square-foot shop that acts as both a warehouse and shipping facility for both the CBD and kombucha production, plus about 500 square feet dedicated as the bike shop up front. While we do direct-to-consumer sales, right now other bike shops are our biggest customer, and that’s really what our business model is based on. We also make an effort to help educate bike shops about CBD, which is important so they can provide accurate information to their customers.

How did you get into bikes and CBD?

Well, my dad moved to Durango, Colorado, in the late ’80s where he fell in love with cycling and became a Cat. 3 racer. Because of him, I grew up riding bikes and raced on my high school mountain bike team. After school I became a bike messenger in San Francisco and really got into track bikes. I bounced around a bit, and unfortunately formed a severe alcohol addiction. I was married and had a kid, and knew that I had to get away from all that. When I met Gabe, he was in recovery, too, and we knew other people who hung out at the shop that also had problems with addiction. The one thing that was apparent to both of us was how much riding our bikes helped us get into a safe place. Riding bikes was like being in a meditative space unlike any other I’d known, and it provided the opportunity to have a really meaningful interaction with myself and to stay levelheaded. Of course, cycling also helped me maintain the building blocks to stay competitive as a racer! 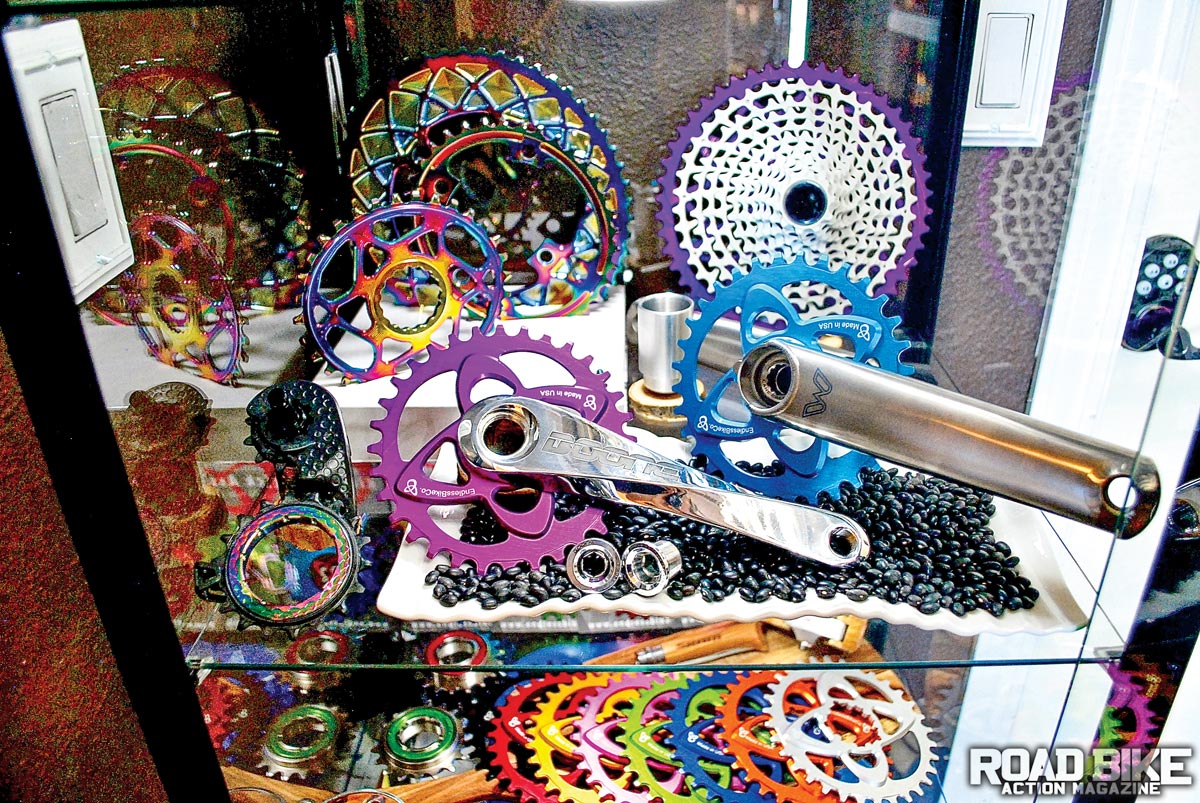 Originally, Gabe was super skeptical about CBD, but eventually he came to find that it helped him in a number of ways without any triggers to counter his sobriety.

What’s up with the CBD product?

In Colorado Springs the recreational use of cannabis is banned, and they only allow it for the sale of medicinal products. Everything is made here in Colorado, and although we knew we weren’t the first brand into the category, we thought we could do it better. Floyd’s of Leadville for sure came in first, and they do a good job, but we saw some holes in their business that we could fill.  All of our products are non-cannabinoid-based, and our goal is to come up with a line of products like our chamois cream that cyclists will find especially useful. 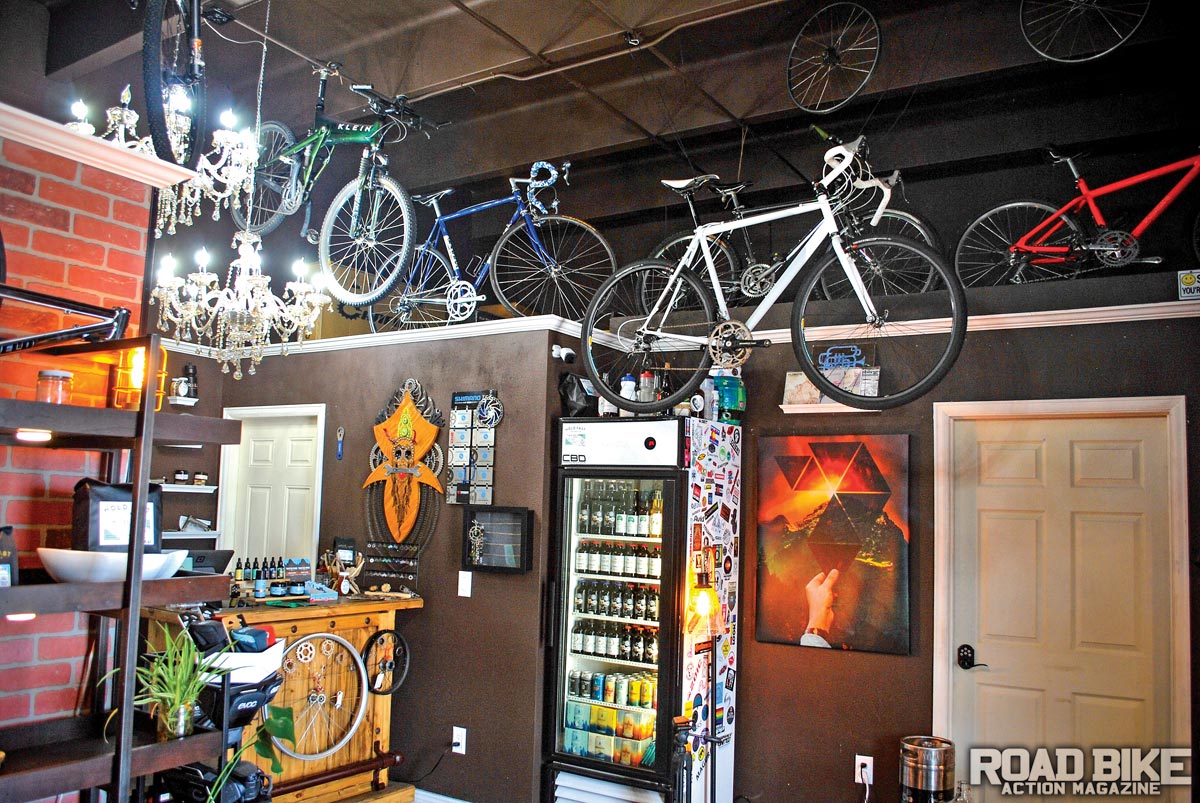 Where have you guys found all the schwag?

We typically go to bike swaps to find all the rare, vintage stuff and, of course, find some of it online. Like everyone else, we love all the cool bike parts, so we have a wide variety of modern and vintage products, ranging from Boone titanium cassettes and Onyx hubs to old Campy parts. It’s important to pay homage! Although we are a dealer for Squid and Canfield bikes, we don’t service them here. We’ve got good relations with all the local bike shops in town, and shops like Elevation Wheel Building will always be able to do a better job than us, so we leave it to them. For us, sending people to the local shops is a way to show some love with the local community, because they really are the reason we exist!