Brooks Saddles – Still On The Rivet

The British mainstay for over 100 years 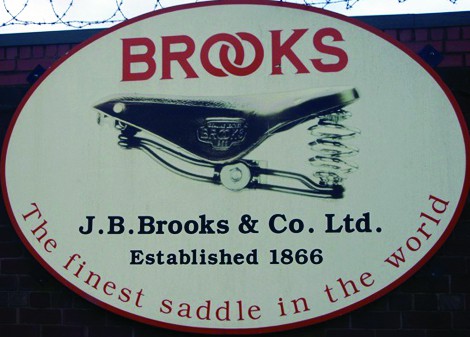 As we carry on talking about all of the contemporary Euro bike and product brands that help maintain our enthusiasm for the sport, we thought it would be good to check in with one of the oldest cycling brands (if not the oldest) on the market today; Brooks Saddles.

World famous for their leather saddles, we’ve recently taken a liking to comfort found with their modern Cambium line of saddles, which use a vulcanized natural rubber and organic cotton top in place of the signature cowhide.

Remarkably, Brooks Saddles have been in the saddle business for over 150 years, and when we recently bumped into their North American Communications Manager Jason Norton, we thought it was the perfect opportunity to find out more about the fabled British saddle maker. 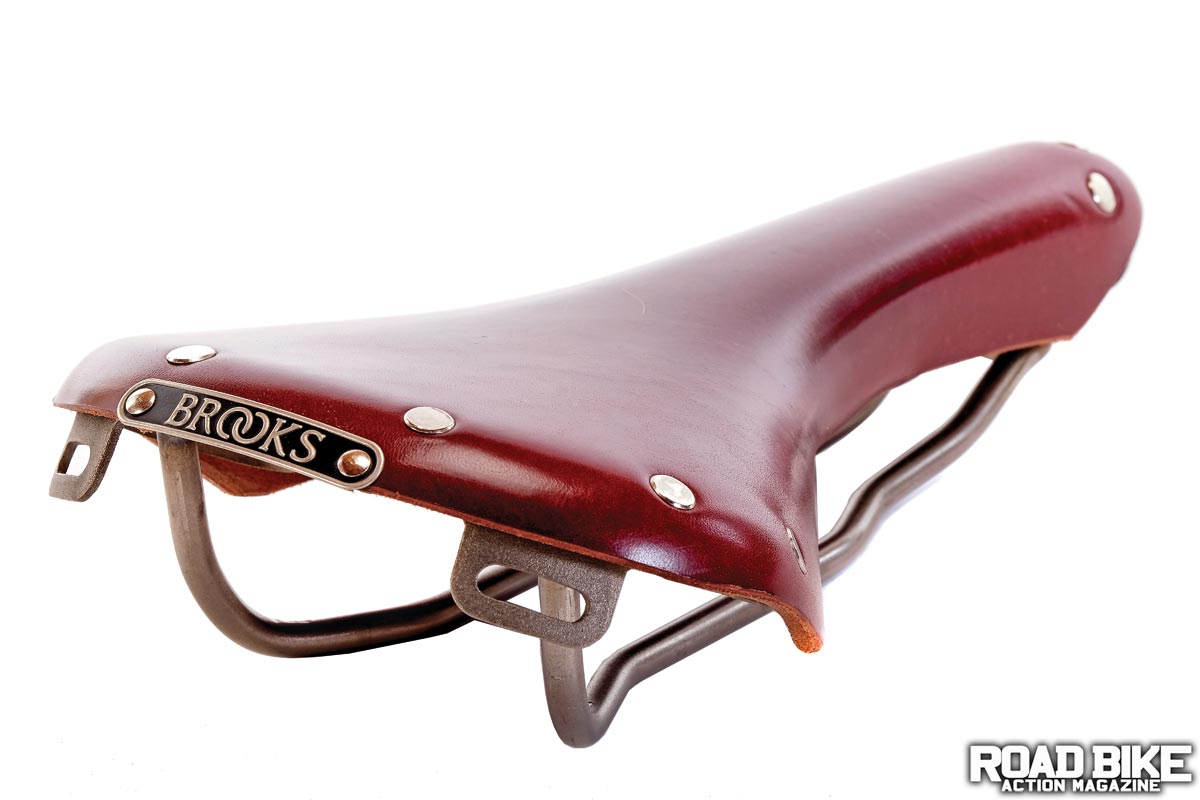 A DIFFERENT ERA
RBA: We know it was a long time ago, but when did Brooks actually get started?
Jason Norton: Mr. Brooks arrived in Birmingham, England, in 1866 with £20 in his pocket and established J.B. Brooks & Co., a company manufacturing leather harness and tackle for horses. As the story goes, his horse died in the 1870s, and he tried out a new bicycle, loving the contraption but hating the seat. So, he set about to design his own, filed patents and went into the saddle business, shortly after following up with bags and other accessories.

RBA: Is it true that the “on the rivet” saying is based on Brooks saddles?
JN: Certainly partly. Brooks has been a major manufacturer of leather saddles since they were invented. At one time, in the 1950s and 1960s, Brooks was the largest saddle manufacturer in the world. However, all saddles back then had rivets, therefore we can’t claim sole ownership of the expression. But yes, as far as we know, the expression does indeed refer to position of the rider on the front of the saddle “on the rivet” when giving it their all. 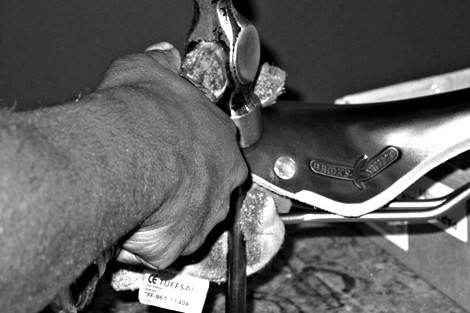 RBA: Are they still hammering in the rivets by hand?
JN: Every single rivet is still hammered by hand in Smethwick, England, right outside of Birmingham where the company was founded. Here, some of the machines still in daily service are over 60 years old.

RBA: What is the top-selling Brooks saddle today?
JN: For over 125 years, our top-selling model is the B17.

RBA: Brooks saddles have a reputation for being hard to break in. What’s the best technique for breaking in a Brooks saddle?
JN: What better way than to ride it! For a new Brooks user, the initial feeling may come as quite a shock; the saddle will feel quite hard. We assure you this is only because the modern posterior is accustomed to the feeling of foam and must first come in tune to the fact that the Brooks saddle top itself is moving, not unlike a hammock, something no plastic and foam saddle can do. This may seem hardly perceptible in the first moments, but will become more noticeable over time and is the secret to why our saddles have enjoyed their popularity longer than every other on the market. Aside from riding, occasional treatment with Brooks Proofide leather dressing will ensure a supple, flexible leather top for years to come.

A Gravel Awakening in Moab