Ranchers and the SBT GRVL team come together 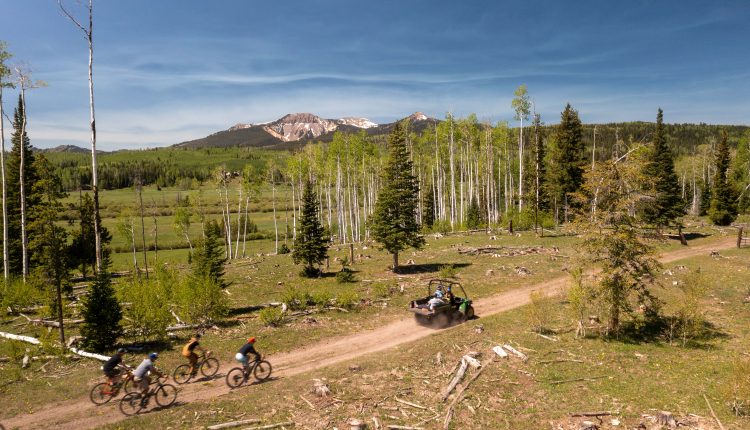 Steamboat Springs’ deep cycling and ranching traditions will come together in a meaningful way at the 2021 SBT GRVL race. One of Colorado’s premier cycling events, SBT GRVL brings some 3,000 cyclists, including many of the country’s elite, to the Yampa Valley’s pristine gravel roads. For the first time this year, one of those roads will traverse through the northern section of the historic Fetcher Ranch, just north of Steamboat Lake.

It’s the result of an alliance formed by a mutual understanding between two interests, outdoor recreation and agriculture, that are too often at odds despite both being major pillars of the Colorado economy.

In the early stages of planning the courses for SBT GRVL, the team sought options to get off of a busy paved road. They reached out to key members of Routt County’s Community Agriculture Alliance, including Jay Fetcher. Jay invited the team to visit his property and he generously offered to allow the SBT GRVL team to route the course through his private land.

“Our relationship with Jay has helped inform how we think about our commitments to the land and communities that we ride through,” said Amy Charity, Co-Founder and Owner of SBT GRVL. “We understand how fortunate we are to have this relationship with the Fetcher family and the incredible opportunity that they have provided to us.”

For its part, the SBT GRVL community is devoting resources to the maintenance and preparation of the 2-mile gravel road through the Fetcher Ranch, which sets up to be an important sector of the 142-mile Black Course, likely to play a major role in determining the race’s eventual champions. But more than that, the routing through Fetcher Ranch and the conversations it sparked provided an opportunity for a deeper understanding.

“The Fetcher family has created the opportunity for the SBT GRVL cyclists not only to get a glimpse of this spectacular stretch of land, but also to consider the positive impact that these ranching families have on our environment and our rural economy” said Charity. “This pristine natural landscape that we get to enjoy by bike exists because of the effort of families such as the Fetchers.”

A Different Approach to Ranching

Jay Fetcher is a first-generation rancher; his LinkedIn profile is exactly one line long: “Owner, Fetcher Ranch 1968-Present (53 years).” The 300-head ranch he owns and operates just north of Steamboat Springs has been in his family for 70 years and with a legacy so deeply rooted, you wouldn’t blame Jay if he stuck to what he knew, to what his family has always done. But that’s not Jay Fetcher.

Under his stewardship, a sizable portion of the Fetcher family’s landholdings have been placed in conservation easements and land trusts to preserve the land for future generations. The operations of the ranch itself have also garnered praise from conservationists including recognition as a 2021 finalist for the prestigious Leopold Award for land management. Fetcher clearly sees his family’s land as something more than a place to graze cattle.

So when the SBT GRVL team approached Fetcher about the possibility of routing one of the biggest events on Colorado’s cycling schedule through a section of his ranch, he was not only willing to listen but welcomed the cyclists to ride through multiple sections of his property.

“This partnership with the cycling community is so important to us,” said Fetcher. “Efforts to connect ranching families and the ski resort have existed for decades. Tying recreation and ranching communities together builds understanding and is necessary for the future generations of Steamboat.”

Welcoming a Herd of Spandex-Clad Riders

For the SBT GRVL crew, the relationship has been a chance to use cycling as a way to help foster understanding between cyclists and agricultural interests. What started as a request for access has evolved into a partnership that seeks to create understanding. 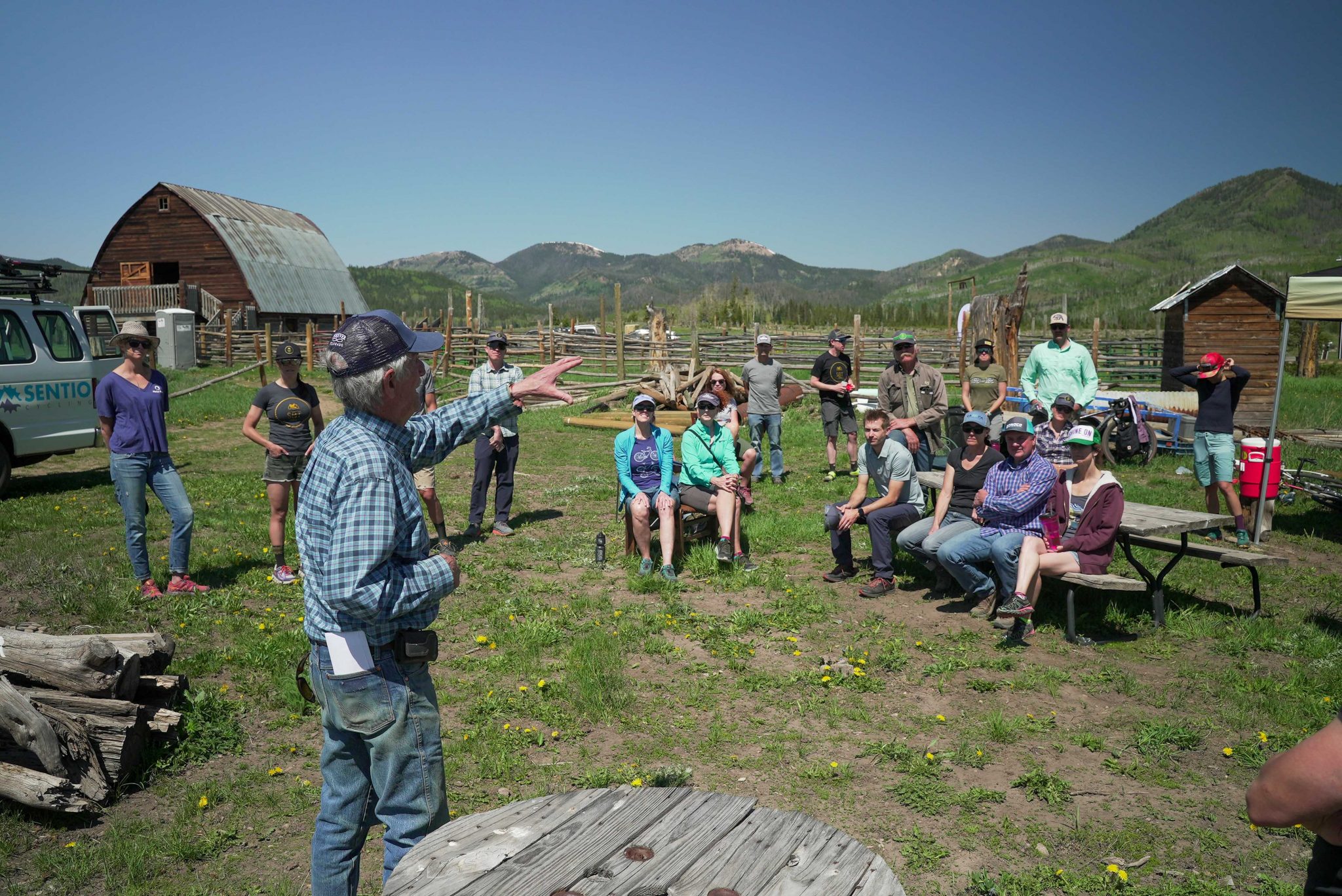 SBT GRVL’s Safe Riding initiative is a step in that direction, providing tips and basic how-tos for minimizing cyclists’ impact on the rural areas where they often ride. From teaching riders how to approach livestock on the road, to how to pass a tractor, to encouraging cyclists to patronize the local farms and ranches they ride through, it’s all about using the bike as a vehicle for understanding.

“By continuing to foster connectivity between these two communities we are building trust and an understanding,” said Charity. “We share the same passion for all that this land has to offer.”

The 2021 edition of SBT GRVL sold out in less than 10 minutes with 3,000 participants from every state in the U.S. and 14 countries. The race is expected to draw a field that will include the top male and female gravel cyclists in the world. SBT GRVL starts and ends in downtown Steamboat Springs, with racers choosing from four challenging courses ranging from 37 miles to 142 miles with elevation gains ranging from 2,000 feet to 9,200 feet of climbing.

For more info on SBT GRVL head to sbtgrvl.com 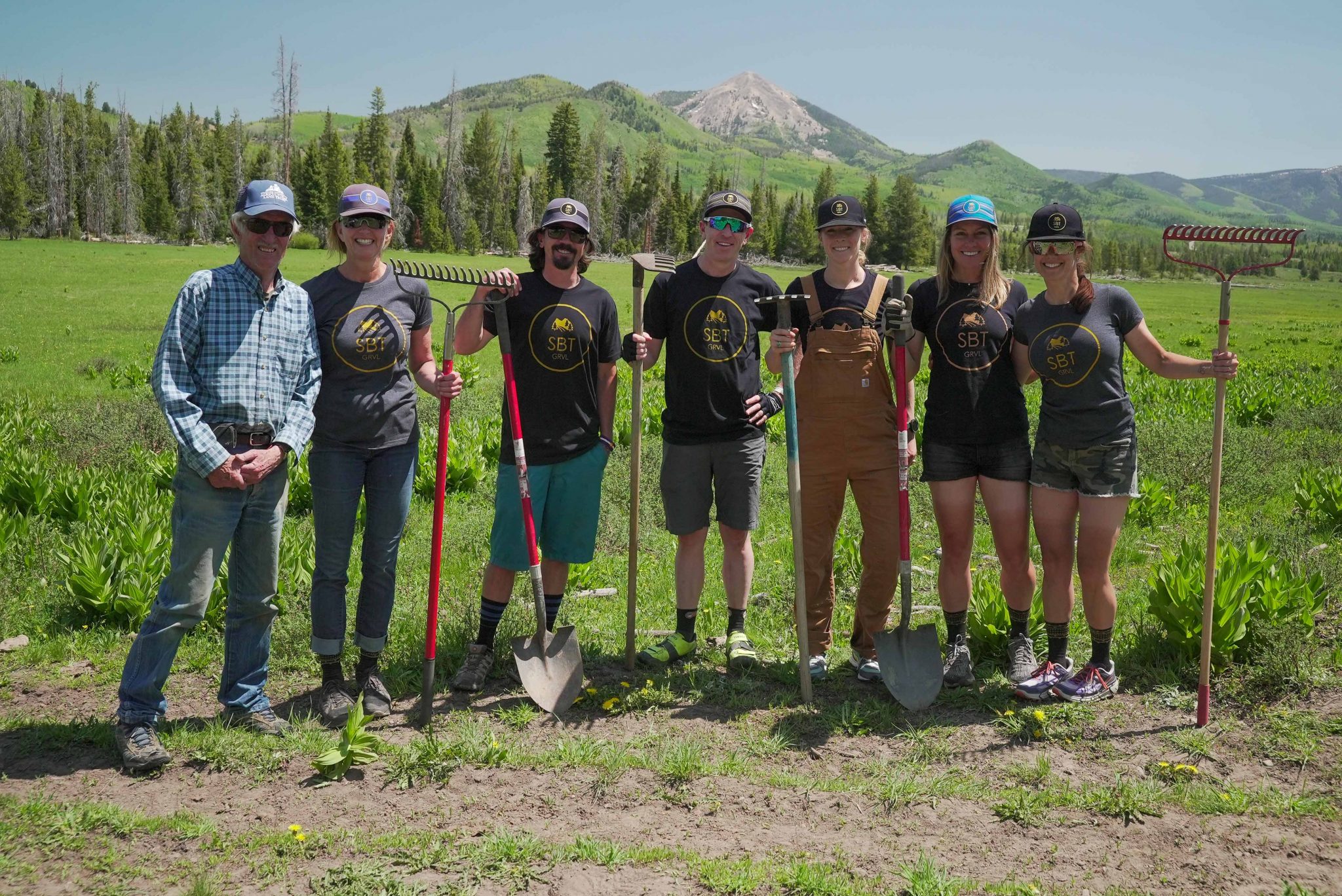