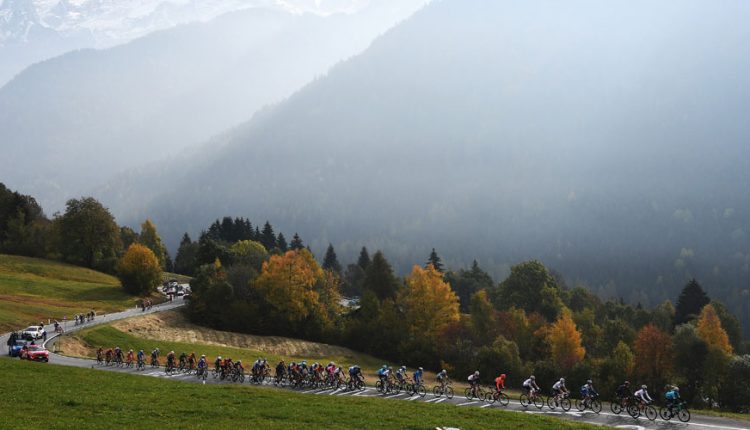 We chart the Campagnolo riders and teams who are set to light up the 104th edition of the Giro d’Italia.
After the Covid-19 situation forced its move to October in 2020, this year sees the Giro d’Italia return to its traditional slot in the calendar, starting in Turin on Saturday 8th May and finishing just over three weeks later on Sunday 30th May. 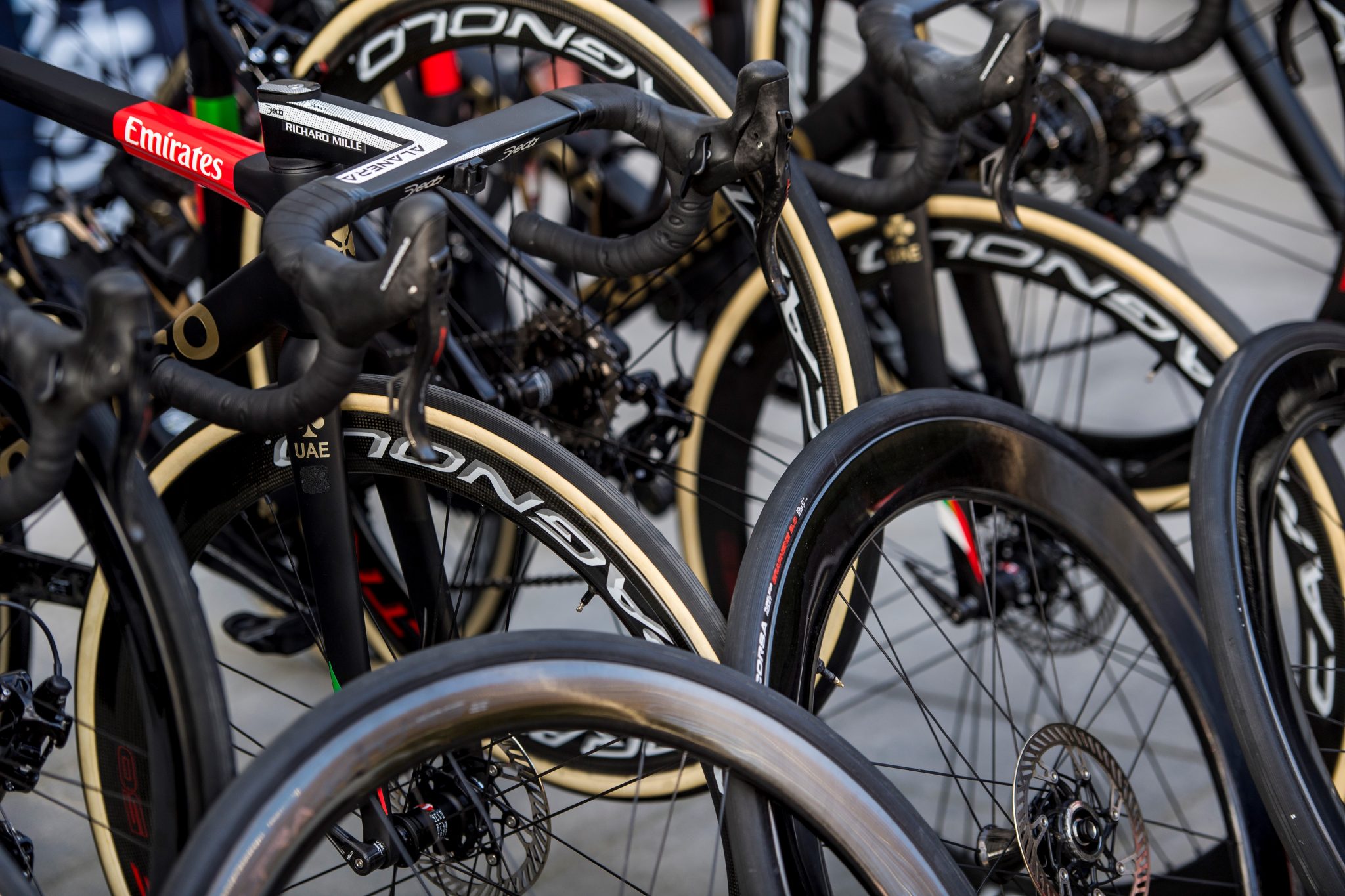 In that time, the world’s greatest riders face 3,450km and an elevation gain of 47km over 21 stages. The race is bookended by individual time-trials that could be the deciding factor in who wears the maglia rosa in this, the 104th edition.

Will the WorldTour teams who use Campagnolo’s wheelsets and groupsets be challenging?

Time will tell, depending on form, fitness and GrandTour objectives. Here, we give you the rundown on AG2R Citroen Team, UAE Team Emirates, Lotto-Soudal and Cofidis, Solutions Crédits (who use Campagnolo groupset only), highlighting the respective squads and riders to watch…

The French team will direct much of their focus on attacks and breakaways with hopes rested on the shoulders of 28-year-old Lilian Calmejane, who moved from Total Direct Energie this winter. Calmejane’s proved that on any given day, he can surprise and astound with his tactical acumen – memorably so at the 2017 Tour de France when he won stage eight after a ferocious attack over the category-one Montée de la Combe de Laisia Les Molunes.

Also watch out for Clément Champoussin. The 22-year-old neo-pro’s enjoying a fine season in the WorldTour, making his GrandTour debut at last year’s Vuelta a Espana followed up with fourth at this season’s Trofeo Laigueglia and second at Faun-Ardeche Classic.

But it’s in the sprints classification where the team currently ranked fourth in the world will look to write the headlines in Italy thanks to Colombian Fernando Gaviria. The 26-year-old has five Giro d’Italia stage wins on his palmares, the last in 2019 following his incredible quartet of victories in 2017. 2020 was arguably the toughest of his professional career, Gaviria among the cases of people infected twice by Covid-19. The first diagnosis during February 2020’s UAE Tour saw him hospitalised for weeks.

He still recorded six stage wins in 2020 and will be eager to show his fitness and form in Italy.

Finally, Davide Formolo will be in search of a strong GC showing on home soil. The 28-year-old’s enjoyed two top-10s in the Giro d’Italia (2017 and 2018) and will be looking to reverse recent bad luck that’s seen him DNF at his last three GrandTours. If he stays fit, he has the experience and talent to push for top-five.

Twenty-six-year-old Ewan’s arguably the strongest sprinter in the world with nine GrandTour stage victories to his name, seven of them coming in the last two seasons including a brace of wins at the 2019 Giro. The Australian’s one of the cleverest sprinters around, timing his peak power output to perfection. He’s also honed the uncanny ability to slip into an incredibly aerodynamic position while still delivering maximum wattage. 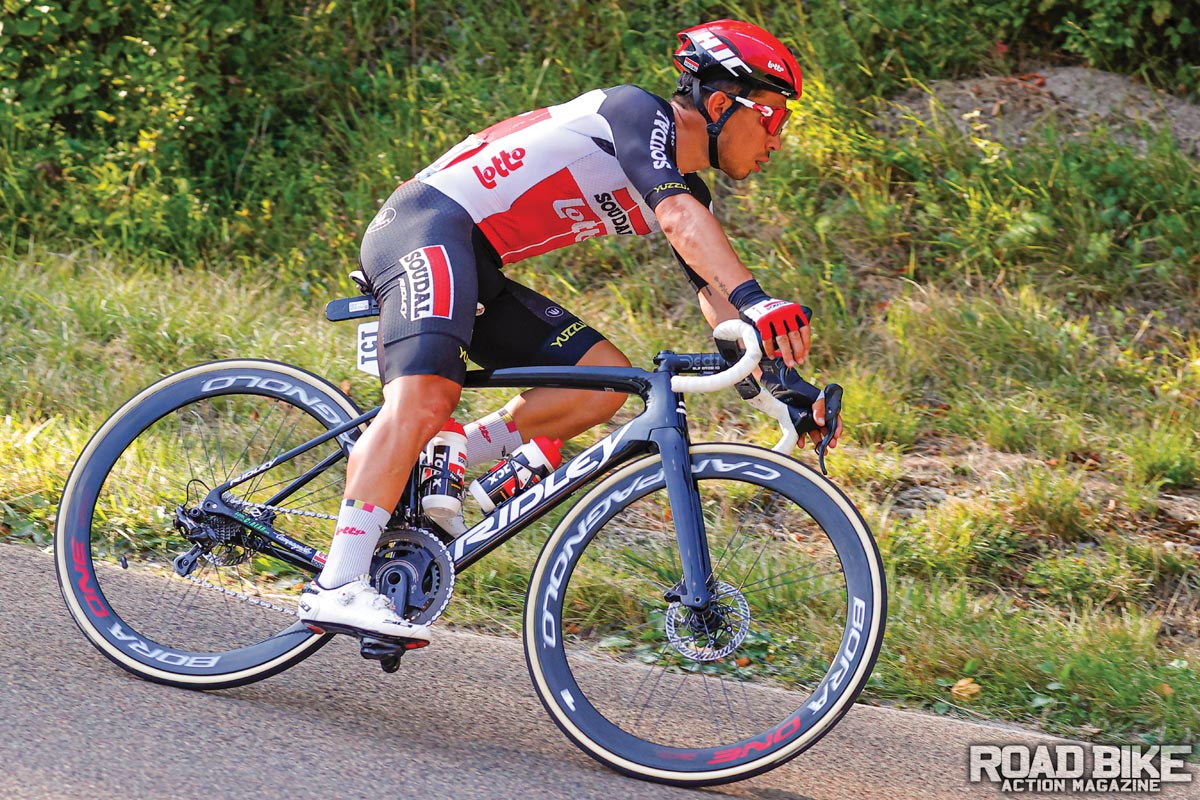 With a stage victory at the UAE Tour and second at Milan-Sanremo to his name in 2021, it’s almost guaranteed Ewan will victoriously kiss his shirt at least once this May.

And it’s guaranteed at some point in the three weeks, De Gendt will scratch his competitive itch, too. The 34-year-old Belgian’s made a career of making breakaways stick, the first of his four GrandTour stage victories coming at the 2012 Giro d’Italia where he won the penultimate stage at the Stelvio Pass with a solo break that elevated him to fourth on GC. The next day, he unleashed the time-trial of his life to take the third step on the podium.

His attacking instinct meant he tempered further GC ambitions in lieu of igniting individual stages. He’s already won this season, taking out stage seven of the Volta a Catalunya. When it comes to the 2021 Giro, the parcours of the 170km eighth stage, which weaves its way from Foggia to Guardia Sanframondi and includes 3,400m of climbing, albeit mainly shallow gradients, seems tailor-made for De Gendt.

The French team’s ambitions focus predominantly on Italian sprinter Elia Viviani. The 32-year-old has nine GrandTour stage successes on his CV including an unforgettable quartet of victories at the 2018 Giro d’Italia. Seventy-nine wins as a professional highlights Viviani’s undoubted talent and he’s one of the most consistent sprinters on the circuit. 2021 started slowly after he underwent atrial ablation surgery to treat a cardiac arythmia, but his late-March win at Cholet-Pays de la Loire suggests he’s returning to full form and fitness.

A stage win would be a great result for the team – as would a surprise day in pink. It’s not unthinkable.

At the 2019 Vuelta a Espana, 33-year-old Nicolas Edet enjoyed a day in the red jersey before registering his highest-ever GrandTour finish of 18th. Edet will be looking to break top-20 again with recent form – he won the mountains classification at Paris-Nice – suggesting it’s something he’s more than capable of.