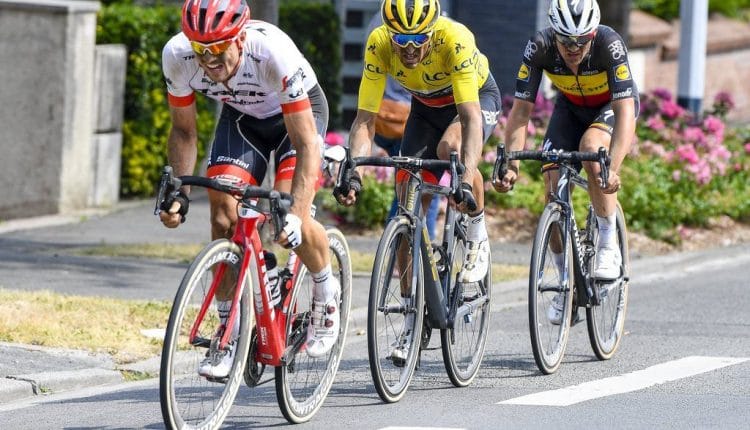 RBA/AFP – John Degenkolb won the Arras-Roubaix ninth stage of the Tour de France on Sunday ahead of Greg Van Avermaet as dozens of falls and multiple withdrawals made for a slapstick spectacle amidst clouds of dust on its famed cobbled sections.

The win marks a return to form for the German, a former winner of Paris-Roubaix, who was knocked down by a car in Mallorca two years ago. “I love Roubaix,” said Degenkolb, who was one of six riders badly injured when knocked down by a British tourist. Van Avermaet kept hold of the overall leader’s yellow jersey on a day when his team captain Richie Porte withdrew after a fall and the main contenders all finished more or less together.

The lead trio broke with 15km to go and quickly agreed to cooperate taking turns at the head of the group to distance the peloton. Degenkolb was always the more likely of the trio to win the stage due to his sprinting skills while the Belgian Van Avermaet was keen to take his yellow jersey into the mountains next week. “When we got away the three of us I knew I could beat them in the sprint but i didn’t know if i could keep up with them,” Degenkolb said. 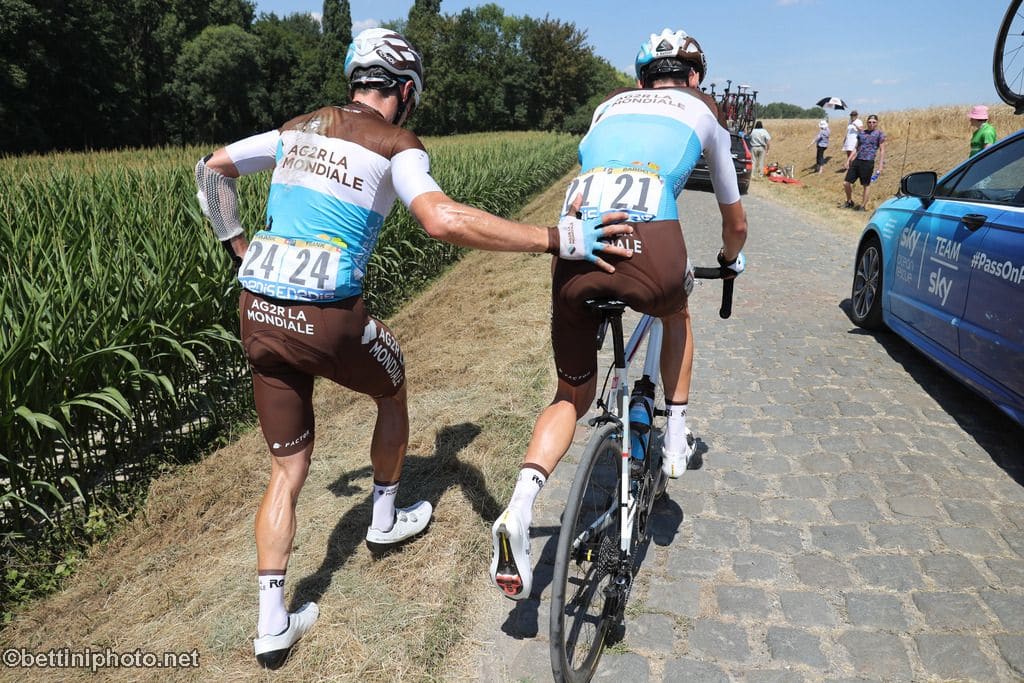 The 155km stage featuring 22km of rough cobbled sections was expected to produce drama, and so it proved. Romain Bardet got a third flat tire of the day and lost touch with the peloton with just 5km remaining as he exited the final section of cobbles. Chris Froome attacked at that moment and there will be increased bad will on the French roadsides for the British champion, who has been booed by sections of the public on this Tour. Froome later defended the move, replying to a critic on Twitter: “I had no idea @romainbardet had an issue?! We don’t see what you see on TV”

Digging deep within himself Bardet however somehow made it back to the Froome group shortly before the finish line after a huge effort that saw the French hope gasping for breath. “It’s a miracle I made it back, it’s a miracle I’m still in the Tour de France,” a dust covered Bardet said at the finishing line. “I had been planning to attack, to smash up the peloton,” said the man who came second in 2016 and third last year. Questions will be asked about the leadership issue at Sky after Geraint Thomas abandoned Froome when a mechanical failure saw the four-time winner crash late on. Thomas started the day a minute ahead of his nominative captain Froome, who eventually struggled back to the lead pack on his own. 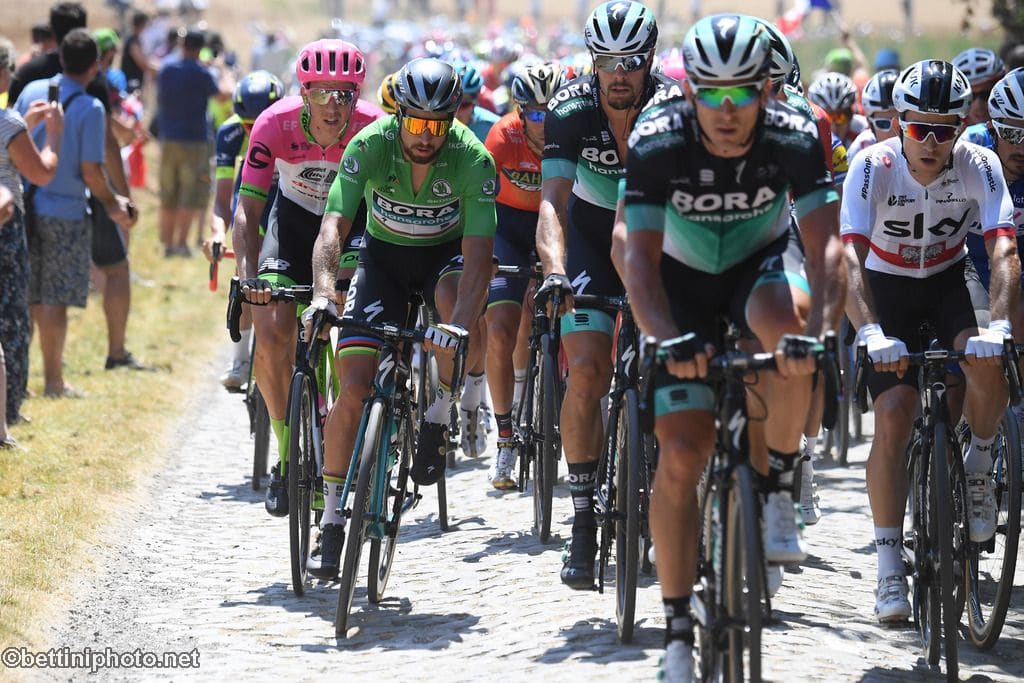 Green jersey Peter Sagan, this year’s Paris-Roubaix champion after an attack from 53km, was furious with himself after a lapse cost him a place on the winning break. “One little section, just one, where I wasn’t at the front and off they went,” said the world road race champion. Van Avermaet said he was gutted for his captain Porte, but was now free to go for another stage win. “Winning this race in the yellow jersey would have made a lovely photo, he said. “So maybe I’ll get away on Tuesday’s stage,” which is a rolling run into the Alps and looks perfect for him.

On a mixed day for Spain’s Movistar team Alejandro Valverde and Nairo Quintana finished with the main group and Mikel Landa made a horrible error, falling off when reaching for a water bottle but only losing seven seconds in the end. Amazingly Dan Martin, who woke up feeling “much, much better” after his crash on Saturday, kept pace as did Tom Dumoulin. The rough sections were expected to claim victims and the first one had nothing to do with cobbles as Porte fell and looked to have broken his shoulder, leaving the race in tears after 10km. Winner in a spectacular style of the past two stages Dutch ace Dylan Groenewegen fell half way just around the course, but was just one of dozens of rides to hit the floor.

Crusher in the Tushar Recap & Results