Mark Cavendish revealed at Tuesday’s Tour de France 2018 route presentation that his bid to reach Eddy Merckx’s record of 34 stage wins comes second to the flowers the winners get on the podium, at least for his daughter.

Cavendish has 30 Tour de France stage wins and makes no bones about his ambition to one day pass Merckx, but for his daughter Delilah Grace it’s all about the flowers. Cavendish was filmed with the five-year-old on his lap answering a question over what the Tour de France meant to him, from career-defining stage wins to glory and peak moments. “None of that for her, she just wants the flowers,” said Cavendish.

The 32-year-old was realistic over his chances of bridging the echelon, to use a cycling term, between himself and the legendary Belgian this time around. “There are plenty of sprint stages in the first week,” said Cavendish, who suffered a fractured collarbone in a bunch finish in stage 4 this year when he fell after being elbowed by Peter Sagan, who was disqualified over the incident.

“There are sprints in the second and third weeks, but I just don’t know if I’ll get that far,” said Cavendish, who is on the Dimension Data team, which features 13 African riders. “I’ll have to go into it further, have a much better look at exactly where the climbs are.”

In fact, there are eight flat stages for Cavendish to close in on Merckx, who was known as the Cannibal because of his desire to win everything. There are also five hilly stages, six mountainous stages, two time-trials and, crucially for heavily built sprinters considering giving up before the mountains, two rest days.

In 2017 the giant German sprinter Marcel Kittel, who weighs 87 kilograms (192 pounds) won five stages before pulling out halfway because of a fall. “I might need a miracle to get to Paris,” Cavendish said, and while there are no miracles in cycling, the 2018 Tour does pass through the town of Lourdes, where miracles have been said to occur since a child claimed to have seen what is now known as “Our Lady of Lourdes” and from where stage 19 begins. 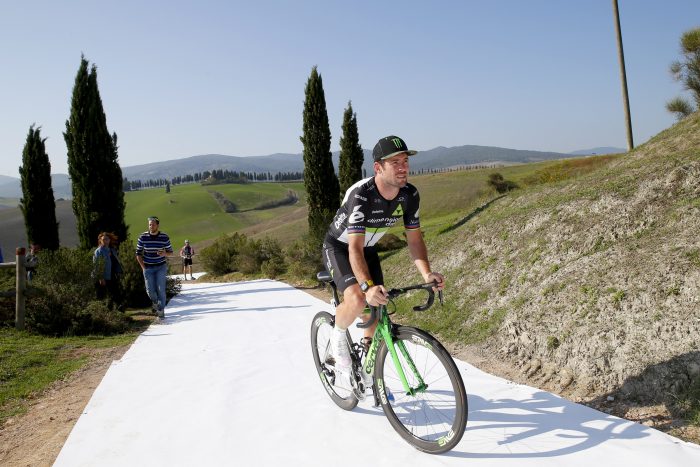