CBD for Athletes: What You Need to Know About Cannabidiol

As athletes we put a lot of stress on our bodies, to positive and negative effect. Training stress stimulates adaptation and increased performance, but physical trauma and prolonged wear and tear also lead to injuries and pain. Current methods of pain management are effective, but they’re also killing people.

In search of improved sports recovery and safer pain relief, many people are asking about cannabidiol or CBD for athletes. Should you?

Chronic use of over-the-counter pain relievers (i.e. NSAIDs like ibuprofen and naproxen sodium) poses greater health risk than previously known, and we are in the midst of an epidemic of opioid addiction and overdoses that kill tens of thousands of Americans annually.

In such a landscape, athletes are rightly curious about and eager for cannabidiols’ (CBD) promises of pain relief and reduced inflammation without the risks associated with NSAIDs or opioids.

Are CBD products right for you? There’s a lot here to unpack and consider, so get comfortable and read on.

Is CBD legal for athletes?

A USA Today article in 2016 quoted Ben Nichols, a spokesperson for WADA as saying, “Our information suggests that many cases do not involve game or event-day consumption. The new threshold level is an attempt to ensure that in-competition use is detected and not use during the days and weeks before competition.”

As for legality outside of sports, that’s a whole different matter. The federal, state, and local legality of cannabis and related products is constantly evolving. Check the laws in your area. 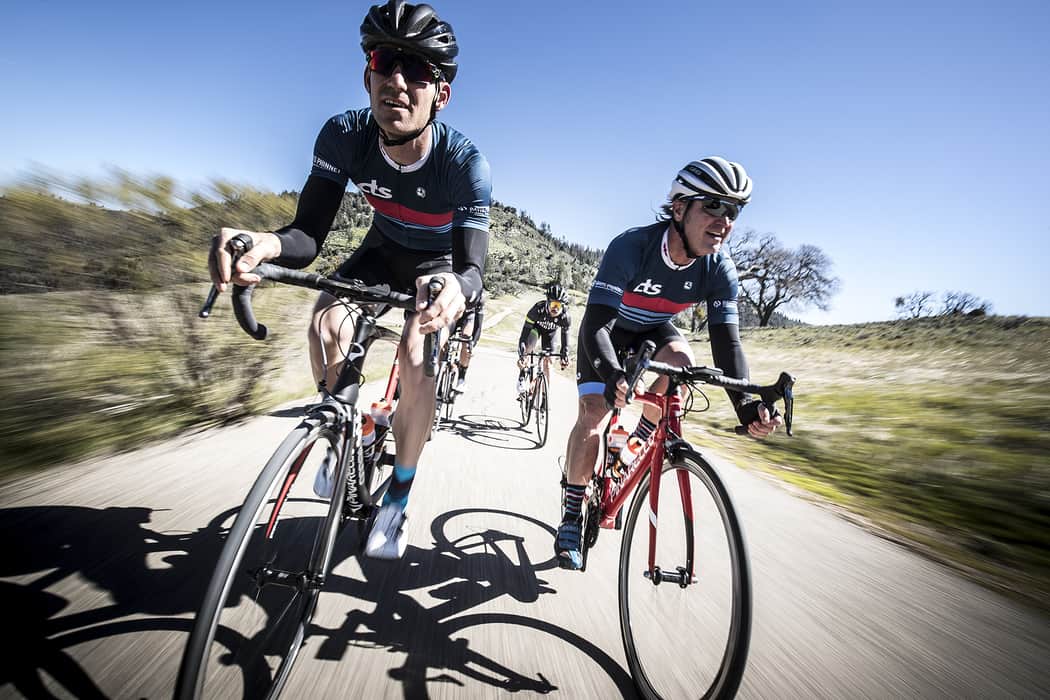 Athletes can legally consume cannabidiol, but what is it, what does it do, and why would you use it?

To begin with, cannabinoids already exist in your body. Scientists have identified what they call the endocannibinoid system (ECS) that modulates the activity of neurons. (9) Cannabidiol (CBD) is a phytocannabinoid found naturally in the cannabis plant. Unlike THC, which is also found in cannabis, CBD is not psychoactive.

Beyond that, scientists understanding of how the ECS works and how CBD influences it is still evolving. For a long time, research in this area was hard to complete due to the legal status of marijuana. However, based on recent studies and 2018’s The Essentials of Pain Medicine, Fourth Ed., here are the basics (5).

Within your nervous system, two endocannabinoids (2-AG and EAE) are produced in postsynaptic neurons (downstream) and released into the synapse. They bind to CB1 and CB2 receptors on the presynaptic neuron (upstream) and act to inhibit the release of certain neurotransmitters. For instance when CBD is used to treat epilepsy, it may reduce seizure activity by – in part – reducing the buildup of glutamate, an excitatory neurotransmitter.

The primary purpose of the ECS appears to be maintaining homeostasis, which it does by keeping neurotransmitter levels in check. Consuming CBD could be thought of as supplementing or increasing the activity of your body’s existing endocannabinoid system.

As an athlete you apply greater stress to your body, leading to pain and inflammation greater than what your endocannabinoid system can handle. Adding exogenous CBD may help this overloaded system get your neurotransmitters back under control and help athletes maintain homeostasis.

6 Benefits of CBD for Athletes

Studies have shown cannabis (mostly THC and far less CBD) is effective for reducing pain, including musculoskeletal pain from exercise, as well as stiff joints. (5) There is little research on CBD alone or a 1:1 ratio of THC to CBD. This is an area where anecdotal evidence and biological plausibility are the best we have until research catches up. Despite the lack of hard evidence, CBD does appear to relieve pain effectively for many athletes.

Athletes have been consuming over-the-counter non-steroidal anti-inflammatory drugs (NSAIDs) like ibuprofen (Advil) and naproxen sodium (Aleve) for decades, but they may not be as safe as we once thought.

Ultradistance athletes, in particular, are typically advised to avoid NSAIDs during long training sessions and events, due to increased risk of renal damage. But even if your workouts and events are short, long-term or frequent use of NSAIDs may increase your risk for heart attack and stroke.

Some athletes have found the pain relieving effect of CBD can reduce or eliminate their use of NSAIDS for exercise-related pain, with minimal side effects. According to The Essentials of Pain Medicine, Fourth Ed., “There are no documented deaths from cannabis or cannabinoid-based products.

In a systemic review of studies of oral and oral-mucosal cannabis for various medical conditions, the majority of adverse events reports were considered non-serious (96.6%).”

According to the CDC, in 2016 opioids were involved in more than 42,000 deaths in the US. Opioid pain medications (i.e. morphine, codeine, oxycontin) are highly effective for pain management, but carry a significant risk of addiction and death by overdose.

Cannabinoids are not as effective as opioids for relieving acute, high-intensity pain (5), but may be effective for long-term pain management – either alone or in conjunction with other medications – with far less risk of dependence or accidental death.

A little bit of inflammation can be good for athletes and help stimulate positive training adaptations. Too much inflammation hinders recovery and hurts performance. There are CB2 receptors in both the brain and periphery, but they are more concentrated in immune tissues.

Cannabinoids binding to CB2 receptors may have an anti-inflammatory effect by reducing cytokine (cell messengers) production. (8) In other words, CBD bound to CB2 receptors help dial down the response when your immune system sounds the alarm after hard workouts.

Inflammation in the small and large intestines causes a lot of discomfort, and GI distress is one of the leading reasons endurance athletes drop out of races.

CBD won’t solve stomach problems from dehydration and overheating (two major causes for athletes), but if you have underlying inflammation issues that contribute to gut problems during or after exercise, CBD may be effective for reducing your symptoms. There are CB1 and CB2 receptors in the colon. Colitis symptoms were inhibited (in mice) when CB1 and CB2 receptors were activated. (8)

Getting more and better sleep is one of the most effective ways an athlete can achieve greater training gains. Anecdotally, athletes who consume CBD report greater ease going to sleep and a more restful night’s sleep. One potential reason for this could be CBD inhibiting the reuptake of adenosine. (7)

Adenosine triphosphate (ATP) breaks down as your brain burns carbohydrate for energy, and adenosine gradually accumulates in the brain. More adenosine binding to neurons inhibits the release of neurotransmitters, slowing down brain activity, helping you feel calmer, and inducing sleep. Your body metabolizes adenosine as you sleep, and some time later, low concentrations of adenosine help you wake up and the process starts again.

By binding to same receptors adenosine would bind to, CBD may inhibit adenosine reuptake, which helps it accumulate more quickly and makes you feel sleepy sooner. CBD may also have a potent anti-anxiety effect for some people, which can help them get to sleep and have more restful sleep.

How to use CBD

New CBD-containing products hit the market every week. You can get ingest CBD through capsules, pills, or as an oil. You can inhale it as a vapor. It has been infused into sports drinks, recovery drinks, and all manner of edibles. There are also topical creams and lotions that contain CBD oil, as well as tinctures/drops that can be placed under your tongue.

How you consume CBD may affect how quickly you experience its effects. Capsules, oil, and edibles have to be digested, so they may take a bit longer. Topical creams are said to be quicker than edibles, and sublingual drops/tinctures are said to be the most rapid (besides inhalation via vaping).

CBD is available as “full spectrum” or “isolate”. Full spectrum CBD products contain CBD and other compounds found in the original plant, which could include small amounts of THC. If the CBD was derived from industrial hemp, the THC content of the original plant is legally supposed to be less than .3% (in Colorado). Products that contain CBD isolate should only contain CBD. CBD isolate and CBD produced from hemp would be a better choice, from an anti-doping standpoint, for anyone with zero-tolerance drug testing at work (i.e. pilots).

How much CBD to use

Here’s where things get tricky. There is no standard dose that delivers a consistent effect for all people. CBD products are not well regulated, so there can be inconsistencies in how much CBD is in a product. And depending on how you consume CBD (oil, gummy bear, cookie, recovery drink, tincture, vapor), it can be difficult to be precise. The most precise way to consume CBD is probably through capsules, or by calculating how many milligrams of CBD are in a given volume (i.e. 1 milliliter) of a tincture.

Companies that produce and sell CBD products recommend starting with a low dose and gradually increasing it based on the effects you experience.

The emergence of cannabidiol could mark a major turning point in how athletes recover from training stress and manage both occasional and chronic pain. The giant, glaring caveat is that right now the use of CBD and the ways it’s being delivered are ahead of the science. There is a lot still to learn about how CBD works and how to best utilize it with athletes. That is not unusual, though. Back when carbohydrate-rich sports drinks first came out, it was clear they were helping improve performance even if the formulas weren’t perfect and the mechanisms weren’t all known.

Although it is not a banned substance for athletes in or out of competition, the potential risk for athletes is if the product you buy doesn’t contain what it says on the label. If it actually contains a significant amount of THC or other prohibited substance, you are at risk for a doping violation. As with anything else, it will be up to you to research and find a reputable brand.

With what we know at this point, CBD offers good potential benefits and few risks. If it improves recovery as a pain reliever, anti-inflammatory, and sleep aid, then it has great potential to improve athletic performance. And if it gets athletes to reduce consumption of NSAIDS, opioids, and prescription sleep aids, those are even bigger victories. 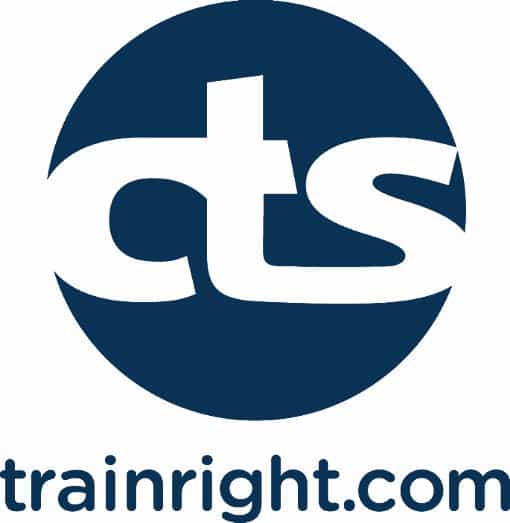