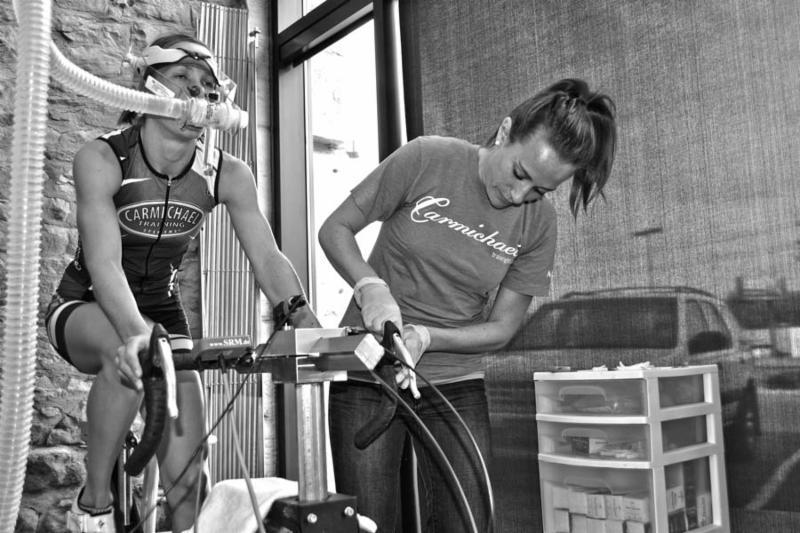 Several years ago I became more interested in lactate, particularly because both research and experience were suggesting that coaches and sports scientists had been wrong about the stuff. Recent years have seen a renaissance for lactate, but out on the road and in the blogosphere I still hear misinformed people railing against the evils of lactate. As an endurance athlete, it’s important that you change your mindset and realize that lactate is your friend, not your foe!
Months of Coaching for $599! We want you to have the best summer of your life, so we’re offering 3 months of Select Coaching for just $599! Sign up online here. There’s also an upgrade option to Premium (includes a free nutrition service) for $899. See details here: http://trainright.com/specials/

How Lactate Got a Bad Name
There are a lot of biochemical reactions involved in turning a turkey sandwich into energy your muscle cells can use, and there are several pathways for those reactions, depending on your acute demand for energy. I’m not a biochemist, so please excuse the simplification that follows, but a few decades ago, scientists formed a hypothesis that skeletal muscles fatigued because of “lactic acidosis”, or a drop in intracellular pH due to the accumulation of lactic acid. More specifically, the culprit was the hydrogen (H+) ion that dissociated from the lactic acid, leaving a hydrogen ion and a lactate salt. The trouble is that while acidosis is a real consequence of intense exercise, it may not be the ions coming from lactate that are causing it. Nevertheless, “lactic acid” caught on, especially with the public, and has become synonymous with that burning sensation athletes feel when they go hard.

Lactate’s Redemption
One of the things we’ve known for a long time in sport is that the best endurance athletes produce a lot of lactate when they are really going hard. When you run a lactate threshold test on a moderately fit cyclist and compare it to an elite cyclist, not only is the elite cyclist’s power at lactate threshold higher, but the elite athlete’s peak blood lactate levels are also higher. But what’s also interesting is that the elite athletes’ blood lactate levels often start out lower at the beginning of the test, meaning their range during the test is much greater (<1mmol to 20mmol compared to say 2.5mmol to 14mmol for the amateur).

When the prevailing thought was that lactic acidosis caused fatigue, we figured that elite athletes had increased ability to remove and buffer the positive ions. In essence, they had a better “defense” against the acidic environment. But when researchers like David Brooks and Robert Robergs helped us see lactate as a fuel rather than an unwanted byproduct, and recognize that acidosis might be caused by positive ions coming from other reactions, it opened up the possibility that athletic performance could be improved by producing MORE lactate and encouraging the use of more lactate for energy!

So, now that we’re all up to speed, here’s how I currently believe endurance athletes should think about lactate:
• Lactate is always present: As you read this article you’re producing lactate and using lactate for fuel. Cardiac muscle prefers lactate as its fuel source, and it’s a more significant fuel for skeletal muscle – at all intensity levels – than most people realize.
• Lactate is partially-burned fuel: When your energy demands are lower, you’re able to wring the most energy out of a mixture of fuels, but energy production is slower. When you need energy faster, glycolysis is a metabolic shortcut that’s fast but yields less energy per molecule. But the lactate that’s also produced represents energy you can also burn.

•Intense training increases the amount of lactate your produce and how much you can use: Long easy miles have their place in training, but they don’t increase your ability to produce and use lactate for fuel. That comes from short (30sec-4min) intervals at maximum intensity.

•Lactate moves around: Lactate can be produced in one muscle and processed in another. That’s one of the reasons it’s important to keep your legs moving during recovery periods and descents. The small muscle contractions facilitate circulation and you can bring fresh fuel to working muscles and distribute lactate throughout your body to be used for energy.

When you go out to become a faster cyclist, a stronger climber, or a better finisher, you don’t want to minimize the impact of lactate; you want to take full advantage of it! That means tailoring workouts to not only generate a ton of lactate, but also give you the opportunity to continue riding at a high intensity level while processing that lactate for fuel. Here’s a great workout CTS Coaches use for this exact purpose with the athletes we coach:

Threshold Ladders
Each of these 8-minute intervals is actually made up of 3 segments. You start out with 1minute at maximum intensity (10/10), and then drop down to your time trial or max sustainable climbing intensity (at or above lactate threshold, 8-9/10) for 3 minutes. At the end of that segment you drop down again, this time to your lactate threshold intensity or slightly below it (7-8/10). If you’re familiar with the CTS Field Test and CTS Power Zones, each interval consists of 1min at PowerInterval power (max), 3minutes at ClimbingRepeat power (95-100% of field test power), and 4minutes at SteadyState power (86-90% of field test power). Take 4minutes easy spinning recovery between each 8-minute ThresholdLadder interval. Intermediate riders should do 3-4 intervals and advanced riders should aim for 4-6 intervals.

Frank Schleck Out Of The Tour De France