Four-time Tour de France winner Chris Froome had twice the permissible amount of asthma medication in his system during the Vuelta race in September, the UCI and his team revealed on Wednesday.

Cycling’s governing body said an anti-doping test that the British Team Sky rider took in Spain on September 7 showed more than the allowable level of 1,000 ng/ml of the drug Salbutamol in his body. Team Sky gave more information, saying the test showed the presence of 2,000 ng/ml — twice the allowed limit — but said Froome had taken the medicine because he had suffered from asthma towards the end of the race, which he went on to win.

The team insisted however that 32-year-old Froome had taken no more than the amount allowed under the rules. The UCI has asked Froome to provide more information but in line with World Anti-Doping Agency guidelines has not suspended him. Team Sky said in a statement: “During the final week of the Vuelta, Chris experienced acute asthma symptoms. On the advice of the Team Sky doctor, he used an increased dosage of Salbutamol (still within the permissible doses) in the run-up to the 7 September urine test.”

Sky said Froome had declared his use of the medication, adding: “The notification of the test finding does not mean that any rule has been broken.” Froome himself said the UCI was “absolutely right” to scrutinize the test results. He said that during the Vuelta he had “followed the team doctor’s advice to increase my Salbutamol dosage”. “As always, I took the greatest care to ensure that I did not use more than the permissible dose,” he said. “Together with the team, I will provide whatever information (the UCI) requires,” he added.

Froome was notified of the test on September 20, the day he finished third in the world time-trial championship in Bergen, Norway. He has not competed since then, but has announced his intention to try to win at least two of the three big tours, in France and in Italy, in 2018. Froome, widely considered the greatest Tour rider of his generation, is scheduled to race the Giro d’Italia in May 2018 ahead of defending his Tour de France title in July 2018.

Sky’s aim for next year was to have Froome enter a clique of riders who held all three Grand Tour titles at the same time, and for him to clinch a record equalling fifth Tour de France title after his victories in 2013, 2015, 2016 and 2017.

The test is bound to raise new questions about British cycling following the scandal surrounding the only previous British Tour de France winner, Bradley Wiggins, over his use of so-called therapeutic use exemptions (TUEs). It emerged that Wiggins received TUEs in order to take a corticosteroid before his three biggest races in 2011, 2012 and 2013, including his 2012 Tour de France win. Wiggins and Sky have repeatedly denied any wrongdoing, saying the drug was prescribed to treat a longstanding pollen allergy.

In 2008 Italian sprinter Alessandro Petacchi was given a 12-month ban and stripped of five stage wins in the 2007 Giro d’Italia despite having a TUE for Salbutamol, having also exceeded the limit.

Unipublic, the company that runs the Vuelta, refused Wednesday to take a negative stance on Froome saying they were waiting for the UCI to finish their probe before deciding whether to take any action against their champion. “Our position is one of extreme prudence, and it is our hope that the matter will be resolved swiftly,” Unipublic said on Wednesday. 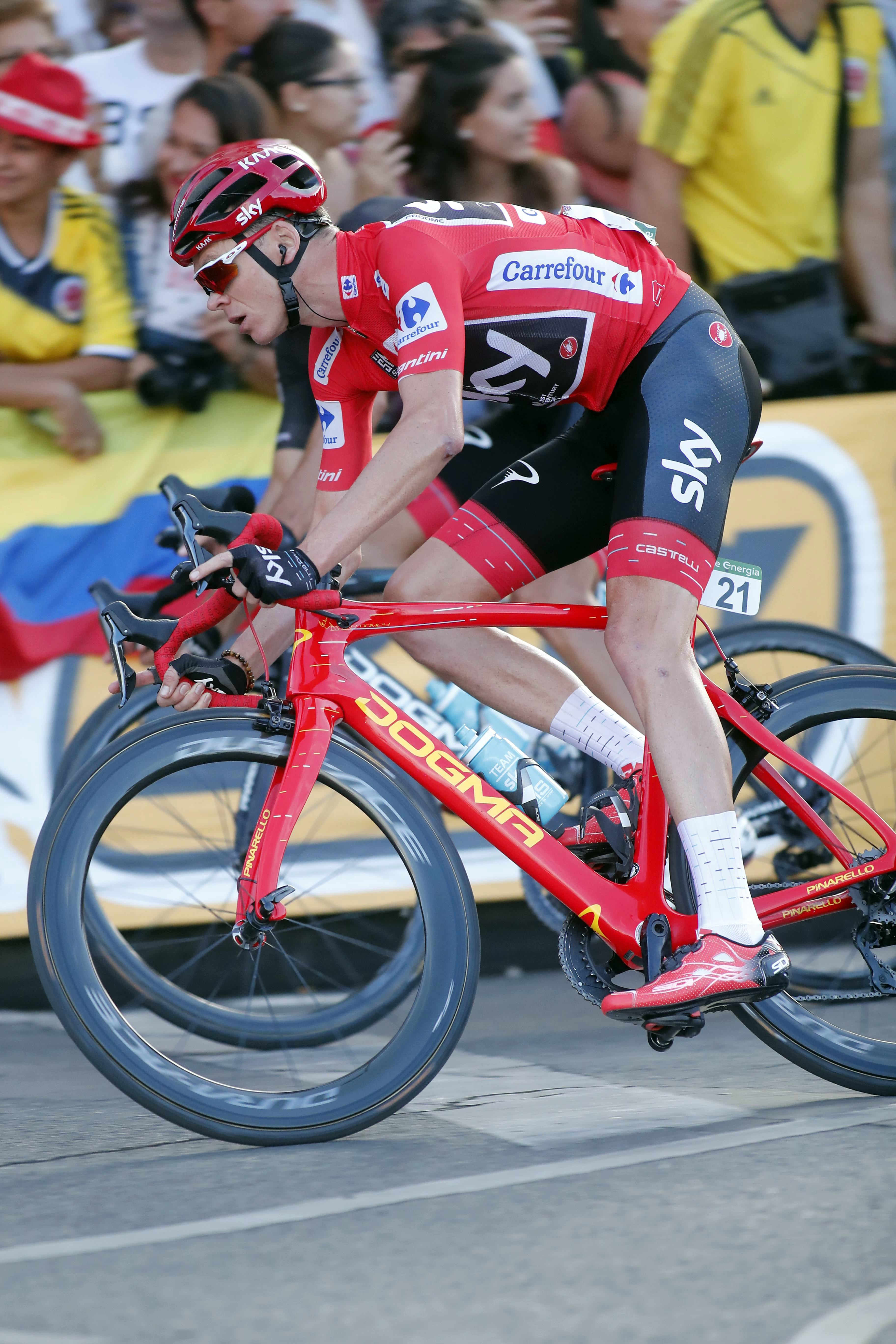 Why Salbutamol, the Asthma Wonder-Drug is Banned

Chris Froome Reviews his Comeback on the Anniversary of Breaking Leg