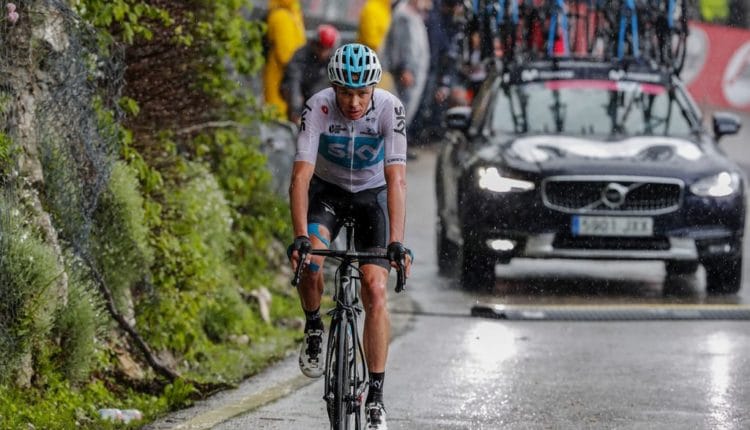 The Sky rider’s rear wheel lost grip on a hairpin turn following a storm before the final climb 5.5km from the line to further dent the confidence of 32-year-old in a race he hasn’t competed in since 2010. Froome got back on the saddle to finish in the leading group with Movistar’s Richard Carapaz crossing the line alone to become the first Ecuadorian stage winner of the race.

“The roads were really slippery and I just lost my back wheel when I went over a white line accelerating out of the corner,” explained Froome. “The guys were fantastic. They helped me get straight back into the race — and straight back to the front of the race — within a kilometer.”

It was the second stumble by Froome who also fell on the morning of the first stage in Jerusalem — again on his right side — before losing time in a nerve-wracking arrival at Caltagirone on the fourth stage and suffering on the volcanic slopes of Mount Etna on the sixth stage. To see him grimace as he crossed the line at the monastery of Montevergine di Mercogliano near Naples in pouring rain, it looked as if the seed of doubt had crept into the head of four-time Tour de France winner.

Despite his mishaps, however, Froome remains within touching distance of Yates as he sits ninth 1min 10sec behind the Mitchelton rider. “I’m happy to tick off another day. Tomorrow is going to be a really tough stage,” added Froome, who is bidding for a third straight Grand Tour win. 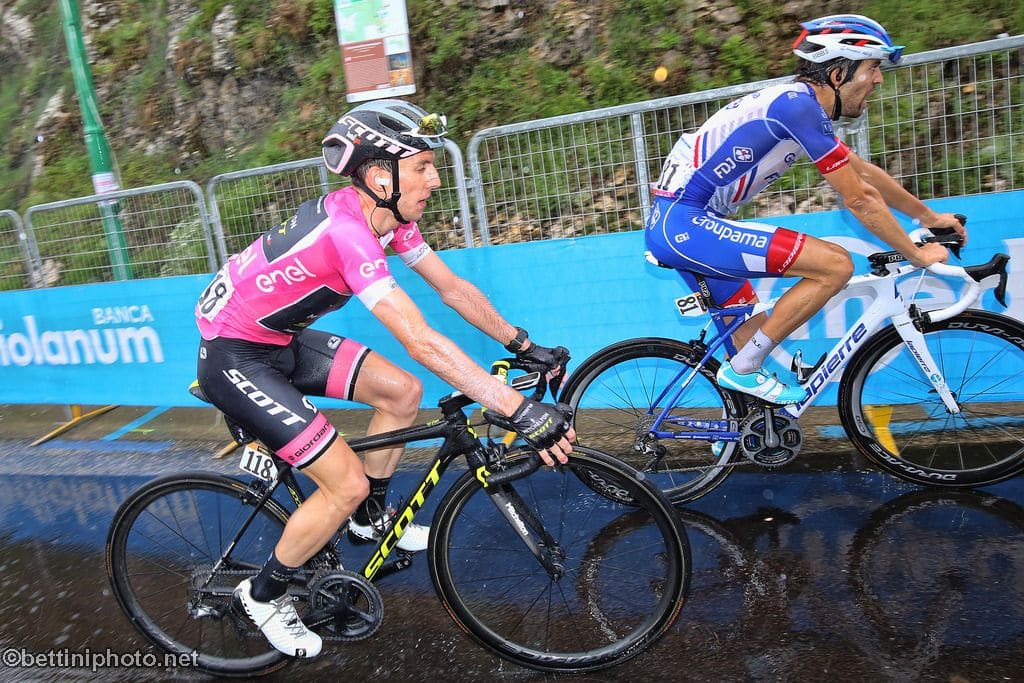 By contrast Yates was the wearer of the pink jersey after calmly negotiating winding roads in sombre conditions through forests of beech and chestnut. Carapaz — competing in his first Grand Tour race — made a well-timed break 1.4km from the line after over five hours of racing in the 209km run up through southern Italy from Praia a Mare.

The 24-year-old held his nerve to finish seven seconds ahead of a large chasing pack containing all the favorites. “It’s still a long way to Rome and I’m yet to understand what else I can achieve but this is already beautiful,” said Carapaz, who is wearing the white jersey for the best young rider.

Italy’s Davide Formolo (Bora) finished second followed by France’s Thibaut Pinot (FDJ), who moved up in fourth overall, 41sec behind Yates. “I would have liked to take some bonus seconds but I got a little boxed in,” said Yates. “However, it’s still a good day for us, I think. It was a slippery but it was okay.”

Yates said he was feeling confident when asked if he could go all the way in this year’s race. “I think so,” said the 25-year-old from Manchester. “I feel really good and I just need some good luck. I have great teammates to help me do this so I don’t see why not.”

“Tomorrow will be a bit more difficult,” added Yates of Sunday’s ninth stage which finishes at 2,135 metres altitude at Gran Sasso d’Italia with a grueling 26.5km climb at Campo Imperatore, where Benito Mussolini was imprisoned in 1943.