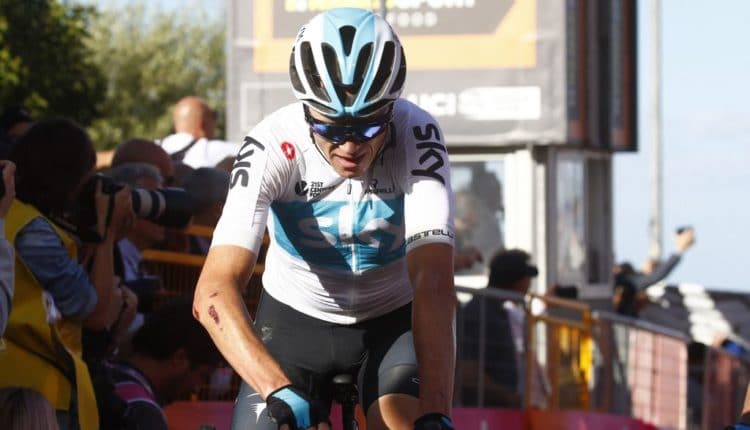 Froome’s bid for a third straight Grand Tour victory took a hit on the final climb and the Team Sky star now trails Rohan Dennis by 55 seconds in the general classification. On the Giro’s arrival in Italy after starting in Jerusalem followed by two stages in Israel, Wellens won a sprint on an uphill finish, holding off Canadian Michael Woods and Italy’s Enrico Battaglin following the 202km ride between Catania and Caltagirone.

“It was a tough day, the roads were a bit dangerous and I’m glad it ended without incident,” said Froome. “I was not in a favourable position in the final, but after the fall (when he crashed in training before last Friday’s opening stage) in Israel I’m improving. “The fall is now a memory and I’m not worried because you have days like that. “I feel better every day. I’m confident for the next stages. The day after tomorrow on Etna will start to change the ranking.”

Australia’s Dennis retained the overall leader’s pink jersey after the first of three days on the Mediterranean island when crossing the line four seconds behind Wellens. The BMC rider retained his one-second advantage over last year’s winner Tom Dumoulin with Froome’s fellow Briton Simon Yates — fourth in the stage — now in third overall at 17sec.

“To get the pink jersey in Israel was one thing. To keep it after the first Italian stage is special,” said Dennis. “I didn’t appreciate the amazing atmosphere of Caltagirone fully because I was in so much pain but it’s great to race here. “Hopefully I’ll retain the pink jersey for a couple more days. Tomorrow, it can be a similar stage but Etna will be my big test.” 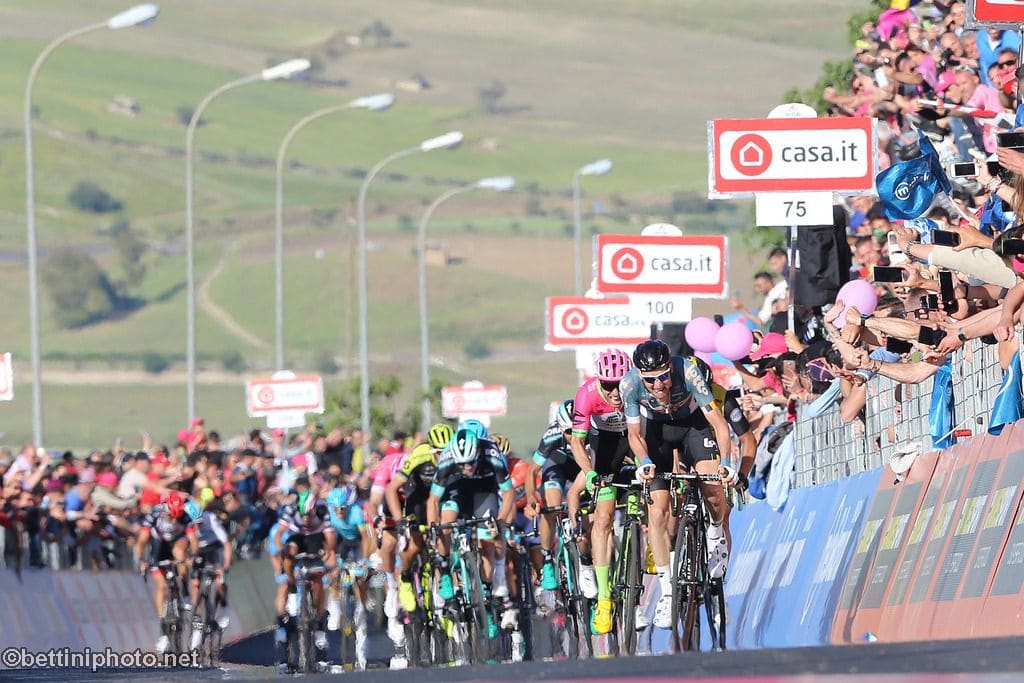 The stage was built around a five-man breakaway — Enrico Barbin, Jacopo Mosca, Quentin Jauregui, Maxim Belkov and Marco Frapporti — who opened up a four-minute lead before being caught 13km from the line and the climb towards Caltagirone. In the final push, Italy’s Valerio Conti showed his ambitions up front but was reeled in with three kilometres to go.

For 26-year-old Lotto rider Wellens it was a second stage success in the Giro two years after his first. The Belgian has claimed one-day race wins such as the Montreal GP in 2015 and stage races including the Eneco Tour and the Tour of Poland.

“I was lucky enough to have very strong teammates. So I started with a bit of an advantage at the beginning of the climb,” said Wellens. “I didn’t have to go full-on from the bottom; I could wait for the last 200 meters. I’m very happy with winning as early as on stage four so the rest of the Giro will just be a bonus, whatever comes next. I’ll ride stress free now.”