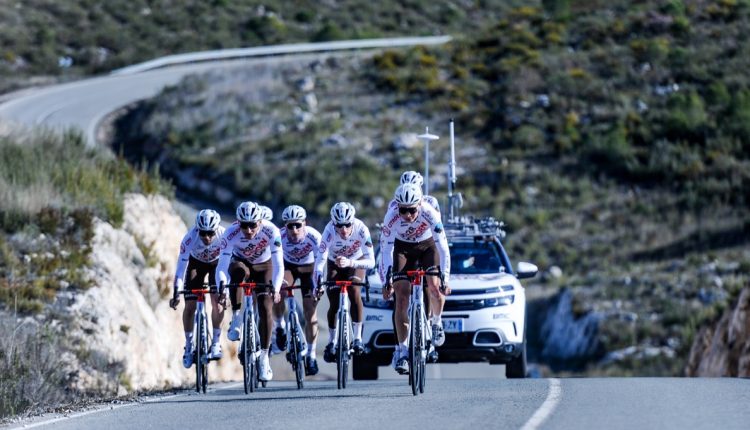 Car giant Citroen has stepped up for French cycling, providing sponsorship for a delighted AG2R WorldTour team, now known as Citroen-AG2R.  After a 36-year wait, breathless French fans hope Citroen’s millions can build a new wave of domestic success and produce the first home Tour de France win since Bernard Hinault took his fifth title back in 1985. The renamed team made its debut on Sunday in the Grand Prix La Marseillaise, a second-tier one-day race, where Aurelien Paret-Peintre carriedthe new team’s shirt to its first victory.

“We will bring in one or two Grand Tour contenders,” team boss Vincent Lavenu insisted.

This sparked enthusiastic speculation on social media that French hero and world champion Julian Alaphilippe and the climber Thibaut Pinot could join the team in the future.

Cycling teams raise all their money through sponsorship, as road races are free to the general public, while any prize money goes mainly to the winning rider.

“This isn’t a short-term project,” Citroen said as they joined a sport where sponsorship agreements can run for a decade.

The deal means that, in uncertain economic times, Citroen-AG2R can “raise our performance levels over the years to come,” Lavenu told AFP.

The sponsor is excited at the partnership, with the company’s top executive presenting the deal.

Cycling is seen as a blue collar sport in France, where in pre-Covid times around 15 million roadside fans would witness the 21-day Tour every July, with much of the rest of the nation generally aware of the race’s holiday-time progress on its storied slog around the country. Citroen will forever be associated with its iconic but economical ‘people’s car’, the canvas-topped Citroen 2CV with its rippled bonnet and protruding headlights, that sold in millions to first time buyers in the rural market from 1948.

Citroen has had little historic involvement with cycling, unlike the other two big French carmakers, Peugeot, its parent company since 1975, and Renault.

“This is a logical move for Citroen,” Cobee said.

The deal comes a little too late for any star recruits for this season after the departure of the team’s top rider Romain Bardet, who twice made the podium of the Tour de France and who will certainly be a contender for the

“We wanted riders who respect our values,” Lavenu said.

“Our immediate aim now is to climb up the world rankings, win some of the big one day races and a few Tour de France stages.”

“But this is a long term project,” Lavenu said.

The deal means Citroen’s name will reach hundreds of millions of television viewers in 190 countries over the three weeks of the Tour de France.