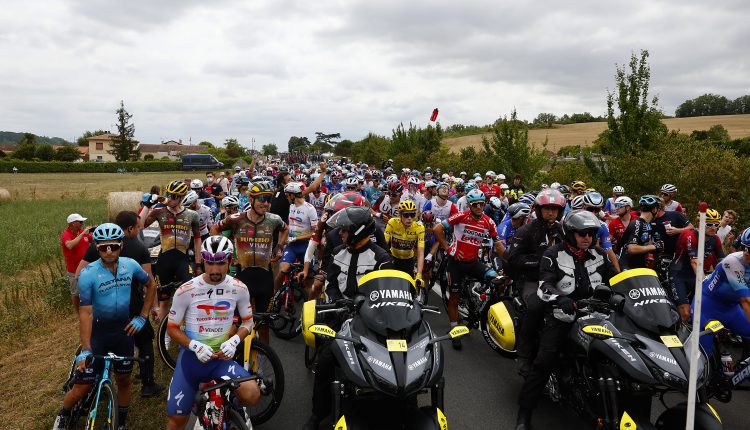 A climate change protest held up the Tour de France on Friday during its 19th stage run from the Pyrenees to Cahors. The “Derniere Renovation” group want to force the French government to renovate housing to be more fuel efficient.

“We are sorry for the inconvenience caused to this sporting event. We are trying to force the government to stick to its own engagements,” a statement said.

The race had been underway for around 30 minutes when a leading group of five escape riders encountered a protest blocking the route. Organisers decided to stop the race, halting the main peloton when it was a couple of kilometres behind. The protesters were swiftly cleared from the road and the stage was able to continue, with the five front riders being allowed to set off 1:20 before the main group.

French environmental campaigners briefly halted the race in the Alps on stage 10 in a protest that went viral. The same woman who had interrupted the French Open tennis tournament in June chained herself by the neck to another protester with the group’s name written at neck level. On her white T-shirt was a slogan: “We have 989 days left.”

Another protest on stage 15 may have caused the crash that saw Jumbo’s Steven Kruijswijk pull out injured. 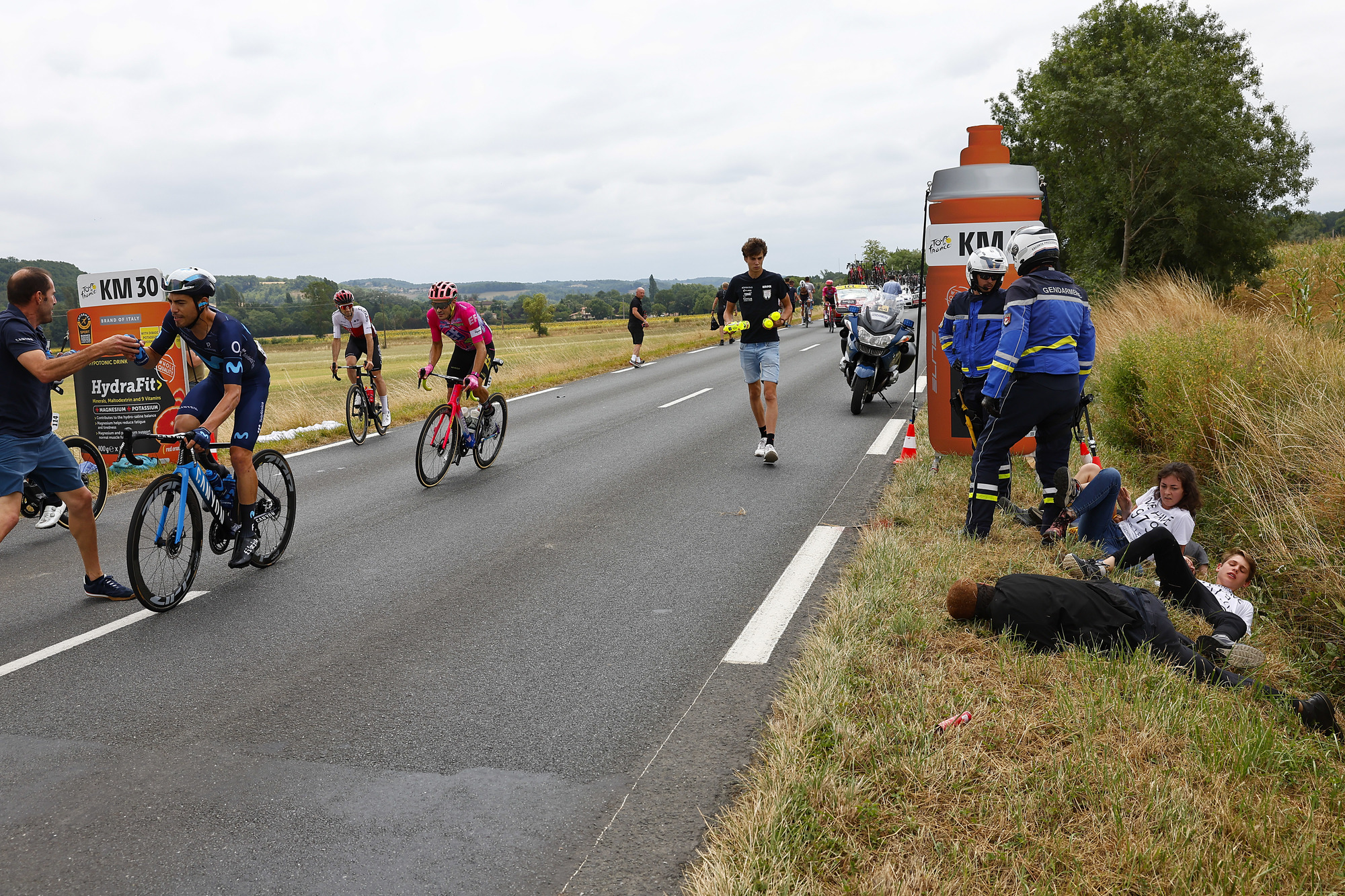