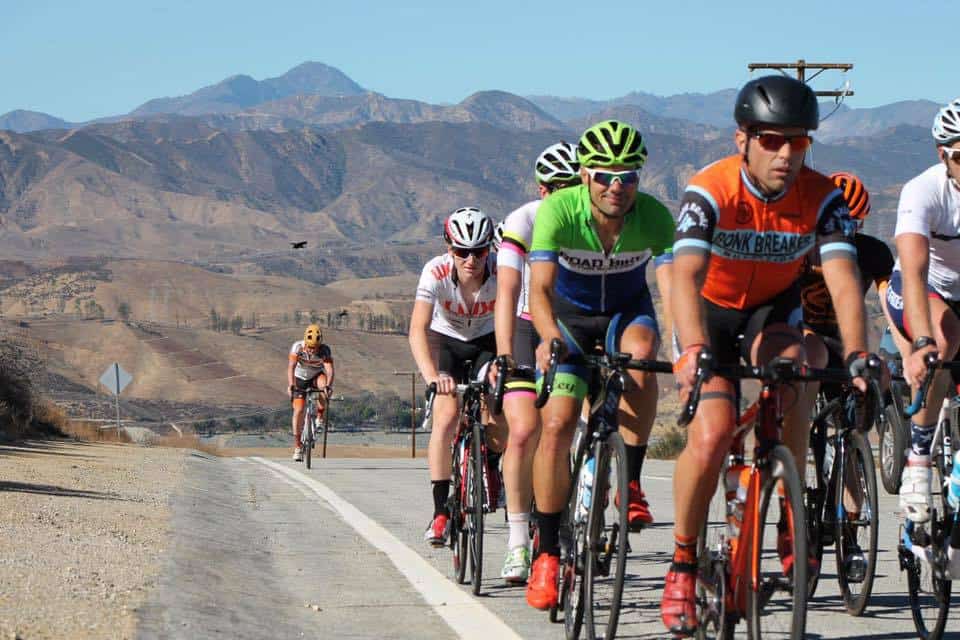 It was just shy of 8pm, completely dark and a pack of coyotes were howling somewhere not too far from me. I was at the bottom of the 2.1-mile, 758-foot climb that I had spent every daylight hour on, plus a few more nighttime hours this particular day. That ascent would be number 39, and the final one needed to accomplish my goal of figuratively climbing Mount Everest, ascending 29,029 feet in a single ride.

Two months before this, an idea had popped into my head. Some might call it an epiphany, but in reality it was probably just another way for me to justify an over-the-top day on the bike. The idea was to do an Everesting attempt while combining it with a fundraising element. For those that don’t know what Everesting is, it is climbing the equivalent of Mount Everest (29,029 feet) in a single ride, on a single climb. Up, down, up, down, up, down, over and over again. Sounds ludicrous, right? So ludicrous that I figured it would be the ideal way to draw attention to a fundraising campaign.

After putting the word out about the event, it wasn’t long before there were a couple takers to join me for the entire Everesting attempt, while many others committed to jumping in for their own climbing challenge, be it 5,000, 10,000, or 15,000 feet. Regardless of the climbing goal, we would all be on the same stretch of road, seeing and motivating each other lap after lap. A few riders decided to host their own events under the Going Up–Climbing For A Cause banner on the same day in different locations: Las Vegas, Santa Monica Mountains, and Boulder all would have people doing climbing repeats that day.

World Bicycle Relief was the organization I decided to fundraise for because I’ve seen firsthand the impact they’ve made. Back in 2009, when I was still racing professionally, the team I rode for became involved with WBR through John Kelly of Kelly Benefit Strategies, our team sponsor. WBR works in a number of countries to provide bikes to school children and healthcare workers so they can improve mobility and efficiency. Three teammates and I made the trip to Zambia that year and saw the bikes we helped purchase delivered to kids that would otherwise not be able to stay in school due to the significant distance between school and their houses. Without automobiles in many rural African communities, walking was the only other option. In families where a child received a bike to use for school, on the weekends, it was typical for a parent to use the bike to haul produce, milk, or an animal to the market. Seeing how one, $147 bicycle could improve the lives of an entire family so dramatically made me a believer in the program’s significant impact.

As the weeks ticked by and the November 21st date approached it finally dawned on me what I had committed myself to. In order to reach the 29,029 feet in elevation on the 7-percent climb chosen, 170 miles would need to be covered. So, not only would this be the third longest ride I had ever done, it would also be double the most climbing I had ever done in a day. Yikes!

At 6am, six of us rolled out into the day’s first light and the start of lap one. Within 30 minutes our group was 20 strong, while a handful of other riders found their ideal pace in a solo effort. By 9am there were at least 50 riders going up and down the 2.1-mile climb–I was astounded with the turnout of riders in the community wanting to take part.

Each of us had our own game plan of how to best approach the attempt. Some planned to relax for 10 or 15 minutes every 10 laps, while a couple of other riders planned shorter breaks every few laps, while I hoped to limit the amount of time stopped since it’s always so hard to get going again after a break. The owner of GQ-6, Richard Hiraga, made things much easier for us by graciously spending his day at the top of the climb handing out their FLOOID carbohydrate/electrolyte drink, along with tons of homemade food options he prepared to keep all of us well fueled, hydrated, and rolling. My fueling plan consisted of a bottle of GQ-6 every two laps (45 minutes) and a granola bar every hour, specially made by a friend in Ohio and freshly flown in.

For the first four hours and 10,000 feet of climbing there were so many other riders to see and visit with that the time flew by. We chatted about the Mexican food feast we would have post-event and it somehow almost seemed we were just a few laps away from jumping head first into margaritas and nachos. But soon the reality set in that those of us with the goal of Everesting would be out well after nightfall, and the true challenge of it kicked in.

What was once nothing short of a party at the top of the climb earlier in the day, had now become completely deserted other than a couple empty water bottles that had escaped cleanup and were being pushed around in the 20 mph winds we had come to terms with hours before. Things such as dinner plans, picking up the kids, and tired legs reduced our 50-strong group to just myself, Jeff Stern and David Silverander as the daylight slipped away. Surprisingly, the dark offered a calm and opportunity to focus my thoughts, though hitting 50+ mph on the descent was now very much out of the question.

The darkness really didn’t hamper the scenery, since after the midway point I had stopped noticing the sights and went more or less into a cocoon of self-preservation and any potentially energy robbing sightseeing wouldn’t be tolerated by my subconscious. Other than the mind games I had to play, the rest of my body was doing quite well holding up to the climbing miles.

A few new recruits joined us in the waning laps to offer some moral support, including Charity Chia who after working all day came out to join us and knock out 5,000 feet in the dark–kudos to Charity! Finally, there I was beginning the climb for the very last time, joined by Jeff and David, the other two that would Everest that night. What had started 14 hours earlier was now coming to an end, and I was quite okay with that (here’s the Strava file). My wife and two daughters were at the top waiting for me, along with several friends and supporters. It was a good day. A very good day.

Even though our date with the Mexican restaurant had to be postponed, there was a large pizza that met its demise that evening as I combed through the social media generated from the event. The enthusiasm of the riders out there showed on their Strava feeds with many having elevation gains in the five digits, and a ballpark number of total elevation gain by Going Up–Climbing For A Cause riders that day is in the neighborhood of 1,000,000 feet! I had set a dream goal of raising $7,000 for WBR, and once all things are tallied, we will surpass that. That means because of people’s generosity and a $ for $ matching grant, what would have been 50 bikes will become 100. One hundred bikes making their way into the hands of those that can use them to better their lives through education, access to healthcare and entrepreneurial opportunities simply because they will now have transportation. A bicycle is an amazing thing, regardless of whether it’s used for recreation or for survival. My hope is that this becomes an annual event that can continue to grow here in Santa Clarita, and anywhere else someone wants to Climb For A Cause.

For more information on World Bicycle Relief and our fundraising page, click here. And to hear even more about the Everesting experience, click here to listen to our podcast with Over The Top Media.