The sport specific vernacular has evolved 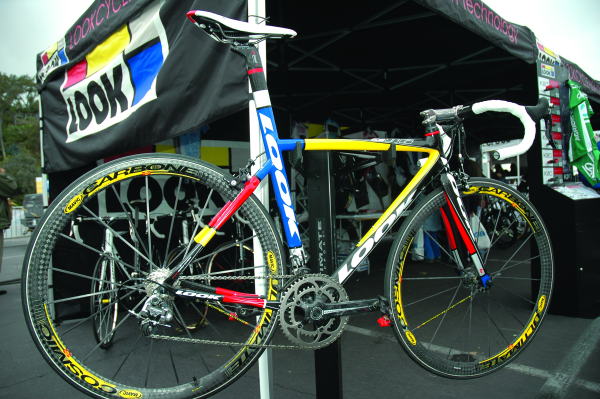 Of course, every cult has to have its secret handshake, and ours is a jargon of numbers and techno-babble that is tossed between interested members of the peloton when the pace settles in at 150 bpm. For those new to the game, we offer the following Cliff notes with some  historical context to best understand where were are today. 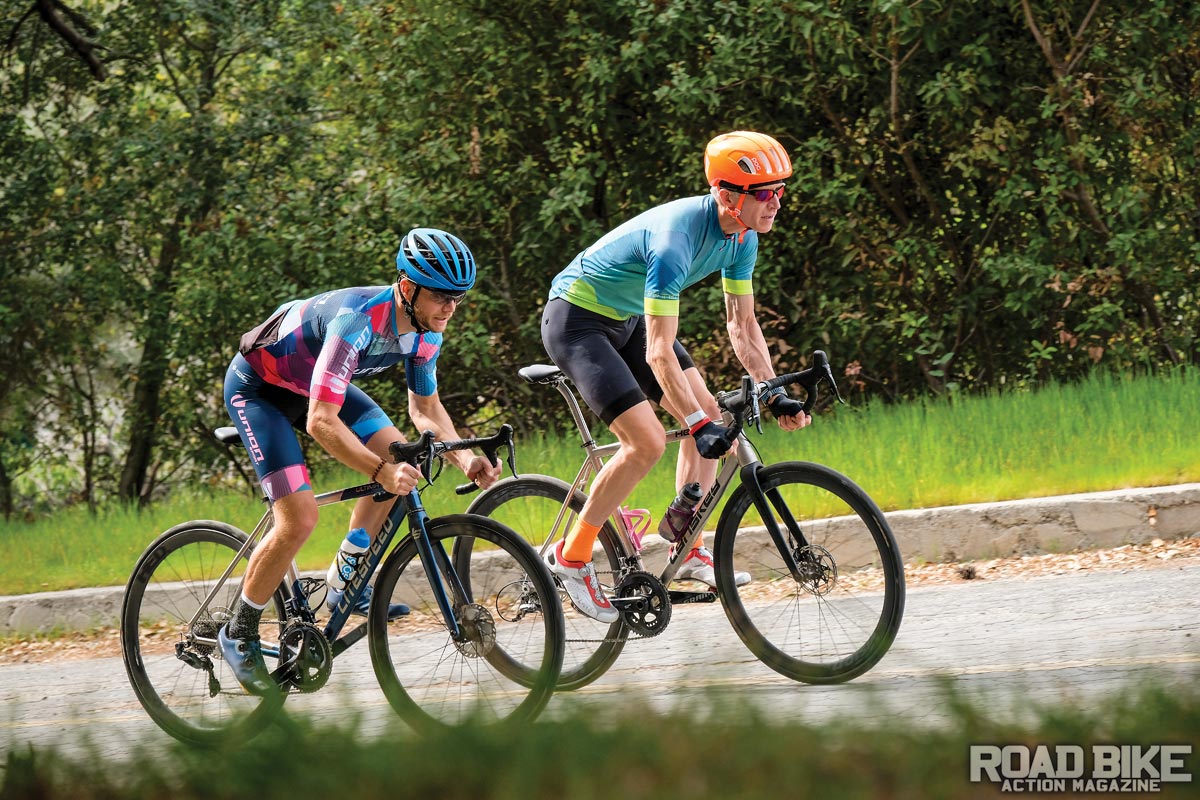 130 BCD (Bolt Circle Diameter): The diameter of an imaginary circle that intersects the center of each chainring bolt on the crankset. The standard is 130 millimeters; Campagnolo uses 135 millimeters. 110 BCD is typical for compact cranksets.

10-Centimeter Extension: Refers to the length of the handlebar stem between the center of the fork steerer and the center of the handlebar. A 100-millimeter stem is the same as a 10-centimeter extension. Most stems are 100-150mm with the current trend leaning towards shorter stems and even (gasp) stems with rise to provide a more upright position.

Five degrees of float: Refers to the amount of angular play built into clipless pedals between the cleat and the engagement mechanism. Pedals that have ‘float’ allow the cyclist’s foot to self-center in the pedal. Float is adjustable on some pedals while for others (Look) it is provided by the cleat.

BB-30: A 30-millimeter diameter aluminum bottom bracket axle with oversized bearings that are pressed directly into the frame’s bottom bracket shell. BB30 was pioneered by Cannondale and spearheaded by FSA.

BB30 has gained popularity with carbon frame producers like Specialized, because the system eliminates threads and uses larger, more durable bearings than threaded, cup-type bottom bracket types. Because BB30 uses the narrow, 68-millimeter bottom bracket housing (instead of the 90-millimeter overall width of present external types), the crankset can be tucked away from the rider’s feet and the pedals can be moved closer to center, which is considered optimal.

Three-cross drive-side spokes: when a spoke on one side of a wheel crosses over three of its neighbors on the way to the rim, it’s called a three-cross pattern. Most pro-level wheels use a combination of two-cross spokes and ‘radial lacing’ where the spokes radiate at 90 degrees from the hub and do not cross. 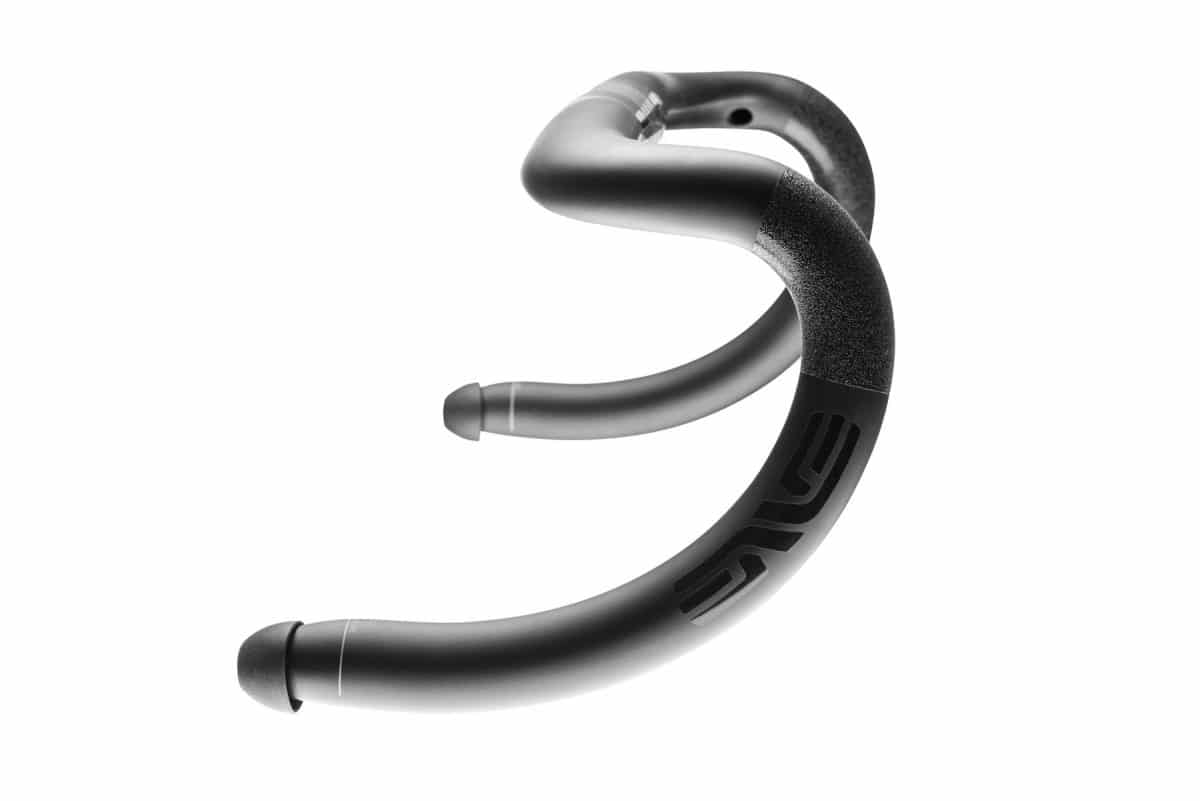 44 handlebar: The width of a handlebars at 2cm increments with the most popular being  between 38 and 44 centimeters ( (smaller bikes use the smaller number). Some people measure from outside to outside the widest part of the drops, while others measure center to center from the brake hoods. Flared bars complicate things. Another handlebar related measurement to consider is the amount of drop which is measured from the center of the flats to the center point of the drops.

1.8/2.0 spokes: Spokes are usually butted so they are thinner in the middle and thicker where the stresses are higher near the ends. Thickness is called out in millimeters. The most common spoke is butted, stainless steel, and 1.8 by 2.0 millimeters in diameter.

700 x 23 tires: The first number in the road standard wheel size is 700C-which loosely relates to the outer diameter of a tire mounted to the wheel being 700 millimeters. The second number is the width of the tire when fully inflated and mounted to a conventional 20-millimeter rim. The average clincher or tubular sport/racing tires back in the day were between 20 and 23 millimeters wide. Track and time trial tires can be as narrow as 18 millimeters.

Thankfully, tire technology and performance has evolved and where (a few years ago) 25s were the new 23s, today, 28s are the new 25s.  The bottom line is that bigger tires are better, but before you make as switch make sure your frame has the tire clearance to make it work. Of course, with the arrival of gravel bikes, in addition to the selected use of  650b wheels, 38-42mm tires are the accepted norm.

As with tires, not only has gear technology evolved to now include 12 speed cassettes (Campagnolo and SRAM), but the entire philosophy around gearing as changed, seen most obviously with SRAM AXS drivetrains and Shimano’s GRX gravel gears. 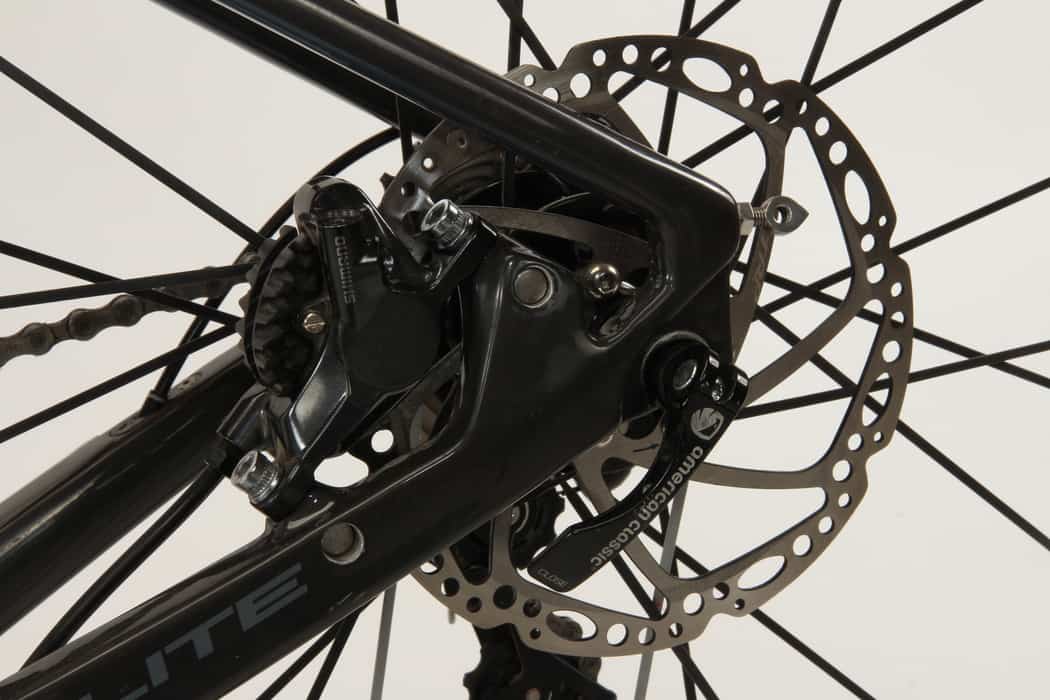 140 Rotors: With  disc brakes finally becoming commonplace both at the local bike shop and within the Pro peloton, there are really just two standard sizes of brake rotors (discs) used for road bikes; 140 and 160mm in diameter. Given the most efficient stopping is done with the front brake,  many bike and brake brands advocate using a 160mm rotor up front and a 140mm in the rear. For cyclocross use running  140’s front and rear is the norm.

27.2 Seatpost: The most often used seatpost diameter is 27.2 millimeters. The bigger 31.6 millimeters  size was an emerging standard for oversized posts, but as the new age of compliance has arrived, the 27.2 size has regained popularity given the increased compliance they provide. Cannondale has taken it a step further with their proprietary (and bike specific) 25.7 SAVE seatpost.

Q-Factor: The distance between the center of the pedals and the center of the  frame. A narrow Q-Factor is considered optimum, but this measurement is not adjustable for a given crankset, because the right-side crank must be aligned with the center of the cassette to meet the requirements of derailleur manufacturers. 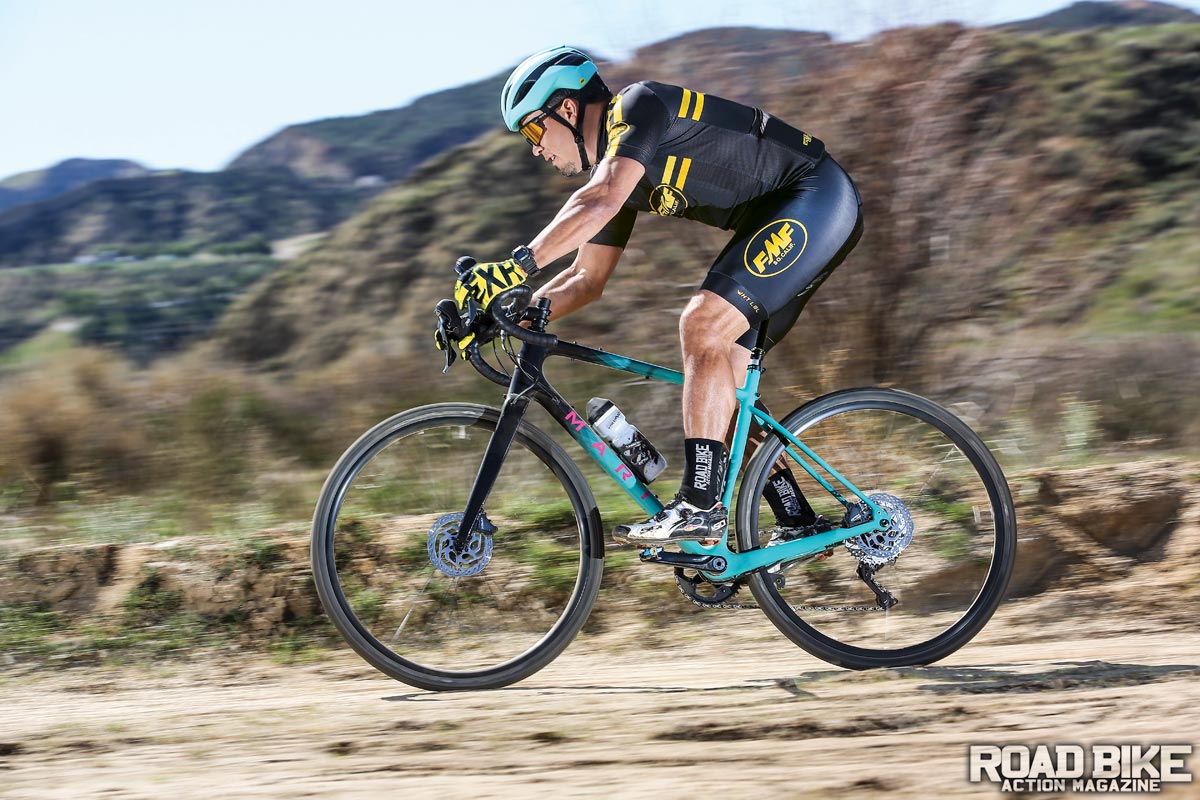 73.5-degree seat angle: The angle of the seattube relative to a horizontal line formed by the axle centers. The frame-builder standard for road bikes is 73 degrees. Slack seat angles (up to 72-degrees) favor in-the-saddle, lower-rpm climbing. Slightly steeper angles ease the transition from seated to out-of-the-saddle pedaling and a higher cadence. Time-trial and triathlon seat angles range from 76 to 89 degrees, partly because this position has proven to favor high watt, long-duration efforts, and because the near vertical seat position requires significantly less bend in the back to attain a low, flat aerodynamic position.

74-degree head angle: The angle of the head tube of the bicycle frame, measured from a horizontal line between the front and rear axles. Steep is an angle greater than 73 degrees and slack is any number less than that. When integrated with the correct fork offset and frame geometry, steep angles give the bicycle nimble steering and reduces its tendency to sway when sprinting. Slacker angles create hands-off stability and a smoother ride over rough terrain.

My heart-rate was at 190: Racers spout their heart rates as often as they offer excuses about being off-the-back on the group ride. After a decade of cycling, you should have a working knowledge of your heart and respiratory functions and not require a monitor-but many insist. Take your age and subtract it from 220 to get your maximum heart rate.  Eighty to 85 percent of your maximum is a good figure for establishing the best pace you can hold continuously without blowing up (that doesn’t mean it won’t hurt). Use your maximum for climbs and time-trial situations. The average road rider is 37 years old, which is a max rate of 183 beats perminute. 85-percent of that is 156 BPM-so the 190 guy is abnormal, or  young.

15-Bar tubulars:  Trust us, we know, most of you are asking “What the heck is a tubular?” Tubular tires (aka “sew-ups”), while still used predominantly in the Euro pro peloton, have grown increasingly rare for good reason  – they’re dumb.  In so far that using tubulars was often a gut check used by elitists to demean anyone who wasn’t gluing their tires to the rim, in the most simple terms, they’ve gone the way of wooden rims. Let’s move on.

One Bar ( from barometric pressure) is a measure of atmospheric pressure at sea level-which is darn close to 14.5 pounds per square inch (psi). 15-Bar tubular tires can be safely inflated to 220 psi. To put that in perspective, a good racing clincher is rated at 10 bars, which is 145 psi. Thankfully, those type of  numbers are a thing of the past as the performance (and safety) advantages of bigger tires and lower air pressures have become universally recognized.

My cadence is 85 to 90: Cadence is pedaling in revolutions per minute. Most pedal in the 80-rpm range and, on extended climbs, somewhere near 60 rpm. In the annuals of training, tradition dictates that 90 rpm is optimum for road cycling. If you don’t have a computer that registers cadence, one revolution of the crank per second is 60 rpm and one and a half is 90 rpm. If you fall somewhere in between-fahgettaboutit and ride.

WHY SLICK ROAD TIRES HAVE THE MOST TRACTION