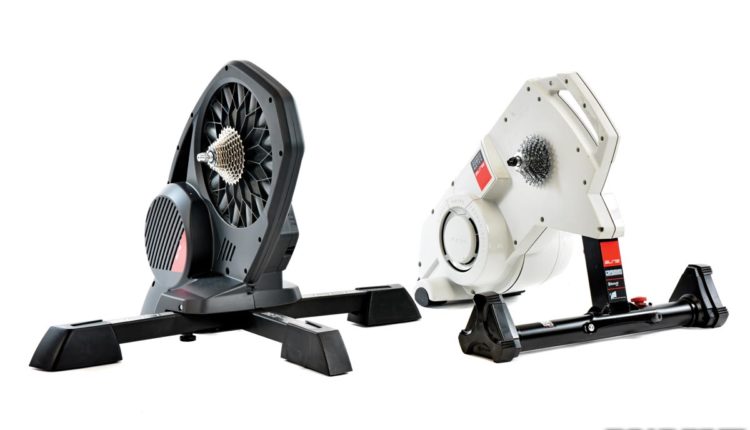 When it comes to trainers, there are a lot of choices on the market today, but with the tech boom in full effect, the trainer market has been redefined with the arrival of “smart” trainers.

Elite is an Italian cycling company  that’s been producing a variety of cycling accessories for over 30 years. With the coming winter months and shorter daylight hours, we reached out to Elite for a comparison test between two of their newest and most feature-packed interactive trainers—the Drivo and the Direto. These interactive smart trainers offer users some of the highest levels of resistance and versatility with the added benefits of a built-in
power meter.

In addition to the power meters, both trainers have similar features, like Bluetooth, ANT+ and interactive program-controlled resistance. The Drivo can simulate slope resistance up to 24 percent, while the Direto goes up to 14 percent. This means that at 22 mph the Drivo will offer 2000 watts of resistance versus the Direto’s 1400 watts. Elite says the power meter in the Drivo is 1 percent more accurate, but both are just as accurate if not more accurate than any other power platform.

Both trainers require you to remove your rear wheel and install a cassette onto the unit. This type of direct-drive system is great for a lot of reasons. If you have a knobby tire or a tire with a very soft compound, you’ll no longer be wearing it out while training indoors. Also, due to this direct-drive system, you can get much higher resistance for sprint training and hard efforts. Noise is another byproduct of indoor trainers, but with the wheel off, the only real noise is your chain on the teeth and the sound of your heart pounding during an effort.

You can set up a home computer, mobile phone, tablet and even a cycling computer with training features that can control the units. Both trainers were almost identical to set up, and we chose Zwift as our program to control the workout on a laptop. There are a lot of great options when it comes to controlling a smart trainer, but Zwift
is like a video game for cyclists and increases the fun factor while implementing a competitive aspect to training indoors.

To get the bike situated to the trainer, Elite ships adapters for all the current rear-axle types. When installing a cassette to the freewheel, we suggest buying an inexpensive one to save the wear on your daily gears and avoid the on/off effort any time you might get back to the great outdoors. Note: If you have hydraulic disc brakes, install a rotor spacer, so if you accidentally apply the brakes while the wheel is off you don’t damage anything. Last, link any other sensors, like heart rate, cadence and the built-in power meter. It’s that easy to get the full interactive experience. 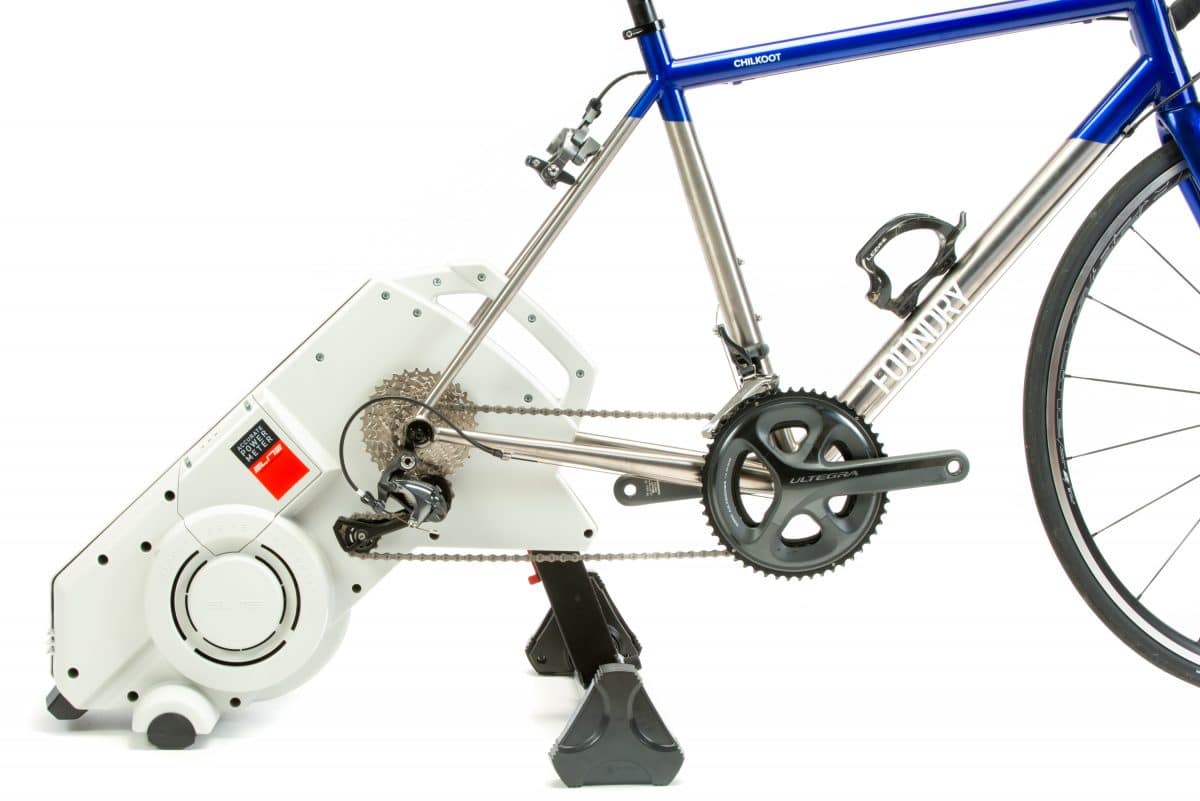 Now for all of that, the trainers need to be plugged into AC power, but like a less expensive trainer, you don’t have to do everything. In case there is a power outage or maybe you for some reason are in an area without electricity, you can always just install your bike to the unit and start pedaling. Both units will offer about 220 watts of resistance, which is perfect for most tempo/endurance workouts.

These Elite trainers offer some of the most realistic resistance and feel of any trainers on the market. The Drivo is the ultimate with some of the highest resistance we’ve seen. From full-sprint workouts to simulating attacks on hills, both units are stable with no need for a front-wheel block. The Direto is a bit louder than its big brother, and that’s due to the larger (in diameter) and exposed flywheel. The Drivo’s flywheel is completely contained inside the unit’s case and has no external moving parts other than the drivetrain itself. We found this very nice if you have kids or pets that might brush up against the unit while you’re riding.

The controlled resistance is fairly quick to respond to changes. If you are doing a workout plan, there is about a 4–7-second delay before they both offer the full resistance. This didn’t bother us, but if you were doing short intervals, it could affect the experience. Durability-wise, both seem very stout, and this is exemplified by their weight. The Drivo is 40 pounds including the 13-pound flywheel, while the Direto is 33.5 pounds including a 9-pound flywheel. And as heavy as that is to move around indoors, the weight also helps to keep you grounded and stable when in use.

While the price is steep for a trainer (Elites non-smart trainers starting at $200), the interactive benefits make for a much more enjoyable, customizable and versatile experience. The $1299 Drivo is the ultimate for those looking for the most resistance, highest accuracy and quietest-running. The $899 Direto is only less capable by a small percentage, and for the average cyclist, it’s the perfect option, especially when you consider the price difference. With 1400 watts of resistance, we were hard-pressed to exceed this max resistance, and it was for only a split second.

For us, we found the Direto to be the perfect match for the majority of cyclists. It is also one of the first interactive smart trainers priced under $1000. 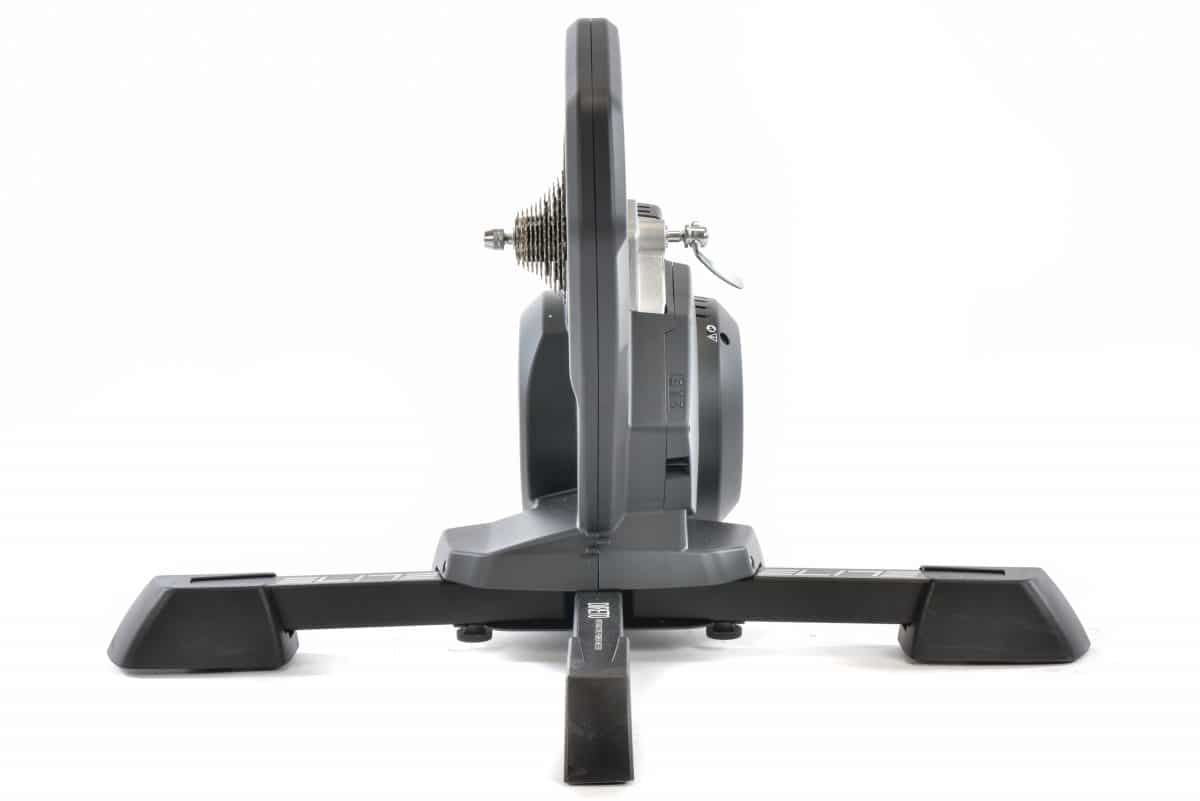 All 2019 Trek Road Bikes Only Available with Compact Chainrings