Contador to Retire After Vuelta a Espana

Two-time Tour de France winner Alberto Contador announced that he will bring his illustrious career to an end next month after racing in the Vuelta a Espana on home soil. “I would like to inform you about two things. One is that I will participate in the next Vuelta a Espana from August 19 and the second is that it will be my last race as a professional cyclist,” Contador, 34, said in a video posted on his Instagram account.

Contador is one of the most decorated cyclists of all-time with seven Grand Tour victories in total to his name and is one of only six riders to win all three of the Tour de France, Giro d’Italia and Vuelta a Espana. “It’s a decision that I have thought through and I don’t think there is a better farewell than in the home race and in my country,” Contador added. “I’m sure they will be three wonderful weeks, enjoying all your affection, and I can’t wait to get started.”

Contador shot to fame with victory in the 2007 Tour de France with the Discovery Channel team before joining Astana in 2008. He was unable to defend his yellow jersey at the Tour as the Kazakh team were banned from competing by organizers due to previous doping offences, but Contador made the most of his exclusion by winning both the Giro and the Vuelta in 2008 before landing a second Tour de France in 2009. However, Contador’s career was also overshadowed by a positive test for the banned substance Clenbuterol during the 2010 Tour. After a protracted legal case, he was retrospectively banned for two years by the Court of Arbitration for Sport in 2012 and stripped of victory in the 2010 Tour de France and 2011 Giro d’Italia. Contador claimed his failed test had come about from eating contaminated meat.

More Grand Tour success followed his return at the Vuelta in 2012 and 2014 and the Giro in 2015, but Contador failed to rekindle his success in the Tour de France with a fourth-placed finish in 2013 his best result after the doping ban. Having initially announced his intention to retire at the end of 2016, his impressive form last season encouraged Contador to continue for 2017 as he joined Trek-Segafredo after Tinkoff-Saxo disbanded. However, he endured a disappointing Tour de France in July as he finished in ninth place and nearly nine minutes off Chris Froome.

“It has been an honor to work with such a great champion. Alberto Contador has been showing his fighting spirit and his professionalism all year long,” said Trek-Segafredo general manager Luca Guercilena. “It was great to have him in the team, even it was only for one season, and we will keep giving it our all to help him to achieve a big result in his last Vuelta a Espana.” Froome will also be the man to beat in the Vuelta if Contador is to have a glorious goodbye from the sport as the Briton headlines a strong field also featuring Fabio Aru, Vincenzo Nibali and Romain Bardet. The race starts in Nimes, France before ending with a traditional ride around Contador’s home city of Madrid on September 10. 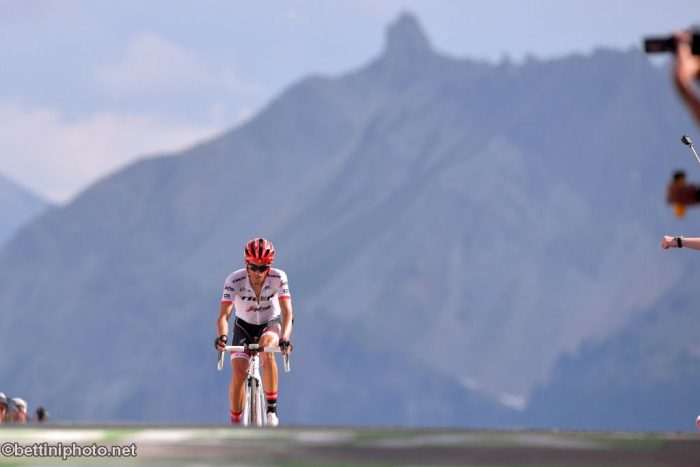 5 Cyclocross Tips From A National Champion