British rider Alex Dowsett made a solo break from a long range escape group to win the eighth stage of the Giro d’Italia on Saturday as Portugal’s Joao Almeida retained the leader’s pink jersey. Simon Yates withdrew before the start of the stage after becoming the first rider to test positive for coronavirus at a Grand Tour. Dowsett also gave the Israel Start-Up Nation team their first win in a stage race or at a WorldTour event. The 32-year-old crossed the line more than a minute ahead of Italian Salvatore Puccio of Ineos and Briton Matthew Holmes of WorldTeam Lotto after the 200km flat run from Giovinazzo to Vieste.

“I don’t know what to say, I can’t say how much I needed a win like this in such a difficult year,” said Dowsett.

“I don’t have a contract yet for next year and with a baby coming in January, I really needed such a result so badly, I cannot believe it.”

Dowsett left his five breakaway companions in his wake with 20km to go, finishing as in a time trial, his speciality, where in 2015 he held the world Hour Record before it was broke by compatriot Bradley Wiggins.

The rider made a peculiar tweet ahead of the race saying he hoped his day would get better.

“Cleaned my teeth then realized I hadn’t drunk my freshly brewed coffee yet this morning. I really hope the day picks up because it started with a nightmare.”

“We are focussed on keeping the Maglia Rosa but we took it easy today,” said Almeida.

“Tomorrow it will be harder, we will see if I can keep it after the stage.”

Yates became the first rider to test positive at a Grand Tour even if four cases were found among the Belgian Lotto team support staff on the eve of the Tour de France. Team leader Yates, who won the Vuelta in 2018, was 21st in the overall standings ahead of Saturday’s stage in Puglia with overall victory still potentially within his grasp.

“Simon’s health remains our main concern and, thankfully, his symptoms remain very mild and he is otherwise in good health,” team doctor Matteo Beltemacchi said in a statement.

Yates tested positive after developing a slight fever on Friday, Mitchelton-Scott said. A second test confirmed the positive result. The 28-year-old was isolated in his room during the process and was being transported by ambulance to begin a period of quarantine, Mitchelton-Scott added.

But the team said its remaining riders all tested negative and had been cleared to take part in the race.

“All other riders and staff have returned negative results and have been cleared to continue the race, but as a precautionary measure we will monitor the situation closely and undergo further testing in the coming days,” Beltemacchi said. 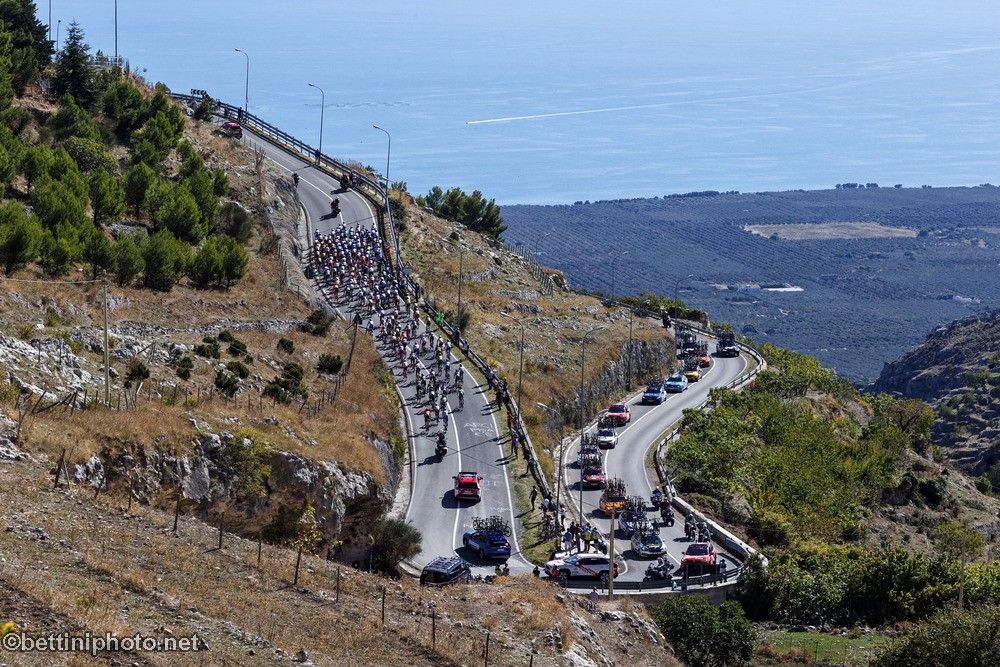